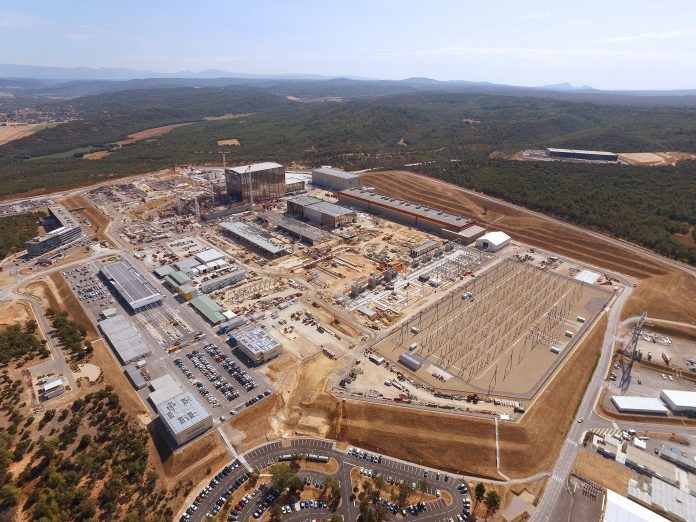 Laban Coblentz, Head of Communication, ITER gives an absorbing insight into all things fusion and the future of fusion energy

From its earliest history, the human animal, among all species, has been the most ambitious to dominate its environment: to conquer the earth, the seas, the skies, and – more than half a century ago – making its first forays into space. If Elon Musk and other visionaries have their way, humans will soon become an interplanetary species.

Harnessing nuclear fusion is an equally ambitious goal, but in reverse: bringing a star to Earth. Fusion accounts for more than 99% of the energy of the universe. The fusion reaction powering our Sun at its core – 600 tons of hydrogen converted every second – is our engine of sustained light and heat: the source of all life on our planet. But the Sun accomplishes this feat using gravitation – 300,000 times that of Earth – and a temperature of 15 million degrees. The puzzle of how to replicate this phenomenon, how to “create a star on Earth” as a controlled energy source, has been a science and engineering quest for more than six decades. Many methods have been tried.

The front-runner, by a good measure, is the Tokamak: a toroidal or doughnut-shaped vacuum chamber encasing a second, invisible cage formed by magnetic fields. A gaseous soup made of two forms of hydrogen – deuterium and tritium – is injected into the chamber and heated until it becomes plasma: the fourth state of matter, with the electrons stripped away from their nuclei.

At a temperature of 150 million degrees, 10 times hotter than the core of the sun, the speed of these hydrogen nuclei overcomes their natural repulsion, allowing them to collide and fuse. Two new products result in helium and a neutron so energised that, in free space, it would reach the moon in less than 9 seconds.

In a commercial Tokamak, these intense bursts of energy will heat water and drive a turbine to generate electricity.

Fusion energy is desirable because of its near-perfect characteristics. Fusion releases no carbon or other greenhouse gases. The fusion reaction, while difficult to create, is inherently safe; unlike nuclear fission, there is no possibility of a Chernobyl or Fukushima-style meltdown. Nor does a fusion reactor produce any high-activity, long-lived radioactive waste.

And fusion energy is incredibly concentrated. Consider this: if the world were entirely powered by coal, at current consumption rates, it would require 24 billion tonnes per year; if powered by fusion, the same output would take a mere 867 tonnes of hydrogen.

Best of all, fusion fuel is abundant. Deuterium is easily extracted from seawater, and lithium, used in the Tokamak to breed tritium, is similarly plentiful. This translates to millions of years of supply. With this fuel accessible to every region and country, fusion visionaries foresee a transformed geopolitical landscape, an energy-rich global community unscarred by conflicts over access to petroleum resources.

Since the Russian invention of the Tokamak in the 1950s, hundreds of successively larger Tokamaks have been built and operated. The science and engineering challenges have largely been overcome, their solutions proven. What remains is to demonstrate and study a “burning plasma,” meaning a plasma that is largely self-heated by fusion.

In fusion physics, the critical parameter is referred to as “Q”: the ratio of thermal output from fusion power versus the thermal input power used to start up the plasma. With all other factors equal, Q is directly proportional to the size of the Tokamak vacuum chamber. 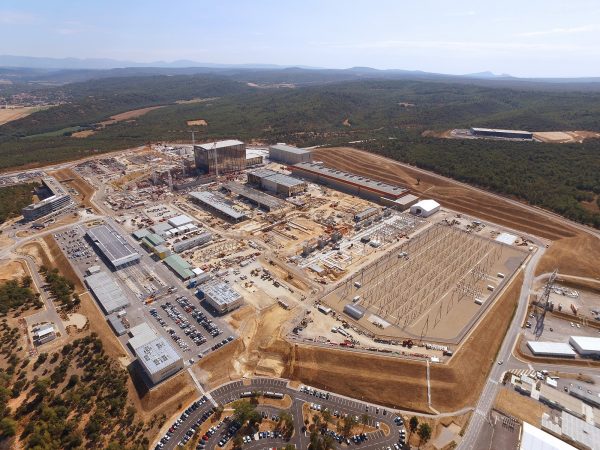 Which brings us to ITER: the first full-scale Tokamak, a project of 35 countries now taking shape in the picturesque heart of Provence in southern France. ITER will have a Q of 10 or greater: 50 megawatts of thermal power heating the plasma to produce, via fusion, a thermal output power of 500 megawatts or more. The ITER mission is to demonstrate the feasibility of fusion on a commercial scale through the production and study of this burning plasma.

Arguably, ITER is the most challenging science and engineering project humans have ever attempted. ITER’s superconducting magnets, some as large as 24 metres in diameter, will be supercooled with liquid helium to -269°C, the temperature of interstellar space. A few metres away, the resulting magnetic cage will keep the superheated plasma – the hottest point in the universe – away from the walls.

“ITER,” in Latin, means “the way”; and the complicated multinational collaboration at the heart of the ITER Agreement is seen by many as foreshadowing “the way” that future ‘big science’ must adapt to be successful. Each ITER Member supplies most of its financial support in the form of components: massive, delicate pieces of the Tokamak and support systems that must be shipped to Provence and assembled into this intricate, supersized fusion platform.

The ITER worksite is abuzz. Massive structures are emerging from the ground. Giant components are arriving weekly. Fast-paced construction has been proceeding for several years, and the assembly phase begins in 2019, with the operational machine – “First Plasma” – on schedule for December 2025. Stay tuned.