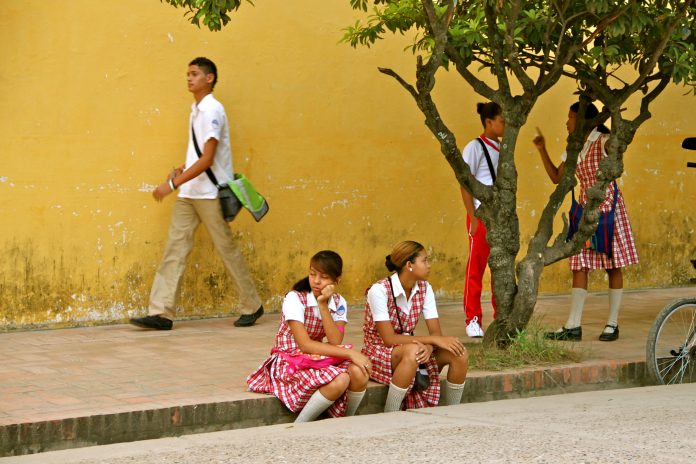 Cornell University researchers find that students who take academic breaks after high school – even just a break which lasts a few months – can cause some students to forgo enrolling in college or university.

Researchers across Colombia from this study found that even a small academic break led to an 8% reduction in college enrolment rates.

Among the students who did not enrol, the break had the largest impact on those from disadvantaged socioeconomic and academic backgrounds.

This can often be due to less advantaged children more likely to feel a lack of control over their education – which makes them reluctant recipients of further education and the development of better attitudes to school.

The study, titled: Disrupted academic careers: The returns to time off after high school, found that the academic break reduced the early-career earnings of high-ability students, but had little impact on the earnings for less-prepared students.

From this, they merged records from a national standardised high school exit exam to college enrolment and earnings records from the Ministries of Education and Social Protection.

The results of the study highlight a variety of “mistakes” which arose between high school to college, and that there can be benefits to education systems, like those used in some European countries, that track students into appropriate further educational options.

Overall, the academic break reduced the early-career earnings of high-ability student, however, retained little impact on earnings for less-prepared students.

Evan Riehl, assistant professor in the ILR School, said: “In Colombia, as in many countries, college dropout rates are really high. There is wide variation in the quality of colleges and the number of resources that colleges have to help students graduate. So, students must be academically prepared and motivated to earn a degree.

“We find that individuals who were prepared to succeed in college would have had large returns to attending college, and in this sense, they made a ‘mistake’ by not enrolling. Other students, however, may have dropped out of college anyway, and so forgoing college did not have a big impact on their careers.”

The authors stated: “In the U.S. and Colombia, students have more flexibility in choosing which colleges to apply to after high school.

“More flexible education systems can lead to indecision in the transition from high school to college, and thus create breaks in students’ academic careers. … The returns to college may be low if students are less prepared or less motivated.”