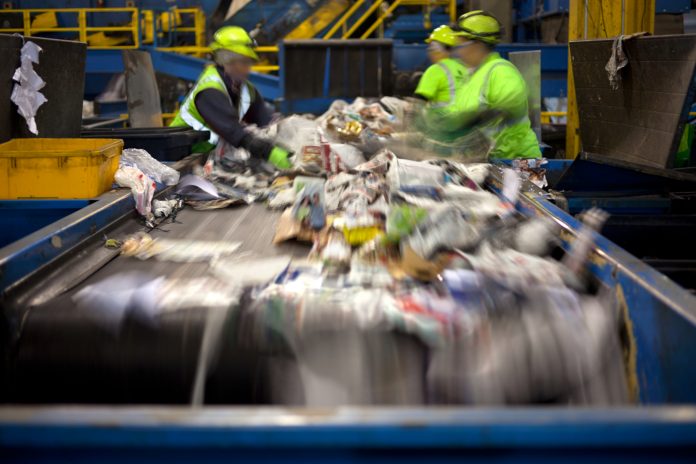 Advanced or chemical recycling, has been incentivised by State laws in the US – but environmental advocates suggest it will only further plastic pollution

Researchers have continually questioned how to avert the ongoing plastic pollution crisis, looking at options like advanced recycling – but environmental groups have questioned whether this process is a viable option to end the plastic problem

“Advanced recycling,” which is currently being promoted by industry groups across the US, is unlike mechanical recycling – which grinds plastic into small pieces to be reused.

Advanced recycling chemically breaks down the plastic into molecular building blocks. These raw materials go into the production of new plastic items or are converted into fuels such as gasoline or home heating oil.

Although this process might sound like a good way to deal with the plastics problem, environmental advocates state that it is not all it makes out to be, and plastic-to-plastic recycling doesn’t end mass production of plastic, according to a story in Chemical & Engineering News.

Plastic-to-plastic recycling has the biggest impact on the plastic pollution crisis. The constant mass production of plastic has created an international problem for ecosystems and health, and now, advanced recycling incentivises a quick – but not entirely good – method to avert it.

Because the plastic-to-fuel strategy involves energy-intensive processes and air pollution, it is not circular, which advocates say defeats the purpose of recycling. Thus, they say that plastic-to-fuel recycling should not be considered advanced recycling under the new laws.

Environmental groups are not satisfied with this legislation as it means chemical recyclers can receive government financial incentives and qualify for looser regulations.

As of 2022, industry groups are also asking the Environmental Protection Agency to exempt pyrolysis and gasification units – which are two processes used for chemically recycling plastic – from stringent Clean Air Act regulations. Industry groups are hoping this will later push for regulatory changes at the federal level.