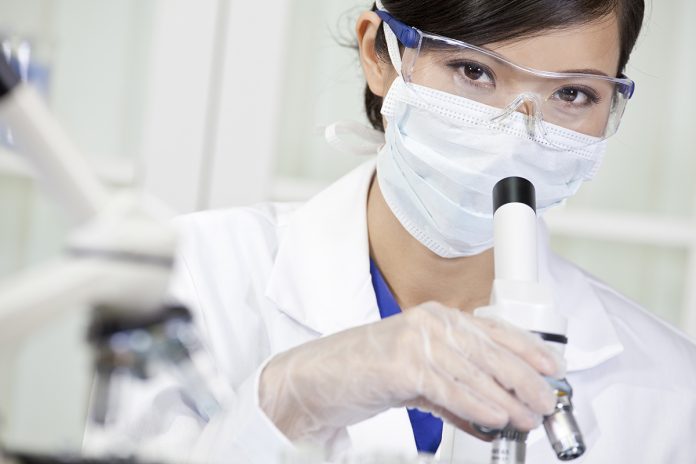 Dr Makoto Kuro-o from the Division of Anti-Aging Medicine, Jichi Medical University in Japan gives a fascinating glimpse into an aspect of biomedical science that concerns the subject of how phosphate accelerates ageing, including his thoughts on chronic kidney disease (CKD)

On the subject of how phosphate accelerates ageing, my current research interest stems from my serendipitous discovery of an obscure mutant mouse strain that inherits a premature ageing syndrome in an autosomal recessive manner. The mutant was named after a Greek goddess klotho who spins the thread of life. Mice homozygous for the klotho allele (kl/kl) develop complex ageing-like phenotypes when they are around four weeks of age, including atrophy of multiple organs (gonads, thymus, and skin), sarcopenia, vascular calcification, cardiac hypertrophy, osteopenia, cognition impairment, hearing disturbance among others, resulting in frailty and premature death. The klotho allele is a severe hypomorphic allele for the klotho gene, which encodes a single-pass transmembrane protein and is expressed primarily in renal tubular cells.

Subsequently, we found that Klotho protein functions as the receptor for fibroblast growth factor-23 (FGF23). FGF23 is a “phosphaturic” hormone secreted from the bone upon dietary phosphate intake and acts on renal tubular cells to inhibit phosphate reabsorption, thereby, increasing phosphate excretion into urine. Mice defective in klotho expression (kl/kl mice) suffer from phosphate retention and develop hyperphosphatemia due to impaired urinary phosphate excretion, indicating that the FGF23-Klotho endocrine axis is indispensable for maintaining phosphate homeostasis. Importantly, restoration of the phosphate balance by placing kl/kl mice on low phosphate diet rescues them not only from hyperphosphatemia but also from the ageing-like phenotypes, leading me to conclude that phosphate retention is primarily responsible for premature ageing. Since then, the long-term goal of my research has been to elucidate the mechanism by which phosphate accelerates ageing.

It has been known for decades that extracellular phosphate is toxic to the cell at high concentration. For example, when vascular endothelial cells are cultured in high phosphate medium, they undergo apoptosis. In vascular smooth muscle cells (VSMC), high phosphate medium induces calcification associated with the phenotypic transition of VSMC to osteoblast-like cells. However, high extracellular phosphate fails to exert these effects when the extracellular calcium concentration is low or when inhibitors for the formation of calcium-phosphate, such as pyrophosphate or phosphonoformic acid, are present in the medium.

These findings indicate that it is not phosphate per se but calcium-phosphate precipitates (CaPi) that are responsible for these phosphate woes. In vivo, CaPi circulate in the blood in the form of CPP (calciprotein particles), which are colloidal nanoparticles of CaPi adsorbed by serum protein fetuin-A. CPP have the ability to induce endothelial cell damage, VSMC calcification, and innate immune responses as if they were a pathogen. Based on these observations, I have proposed “the CPP theory of ageing”. Namely, CPP may be a “pathogen” that accelerates ageing through inducing arteriosclerosis and chronic inflammation.

CKD as a clinical model for accelerated ageing

Recent clinical studies have demonstrated that blood CPP levels are increased with the progression of chronic kidney disease (CKD). CKD is defined as a state of impaired renal function that persists for three months or longer, regardless of the cause of kidney damage. In many cases, however, CKD occurs as a complication of diabetes or hypertension and as a consequence of natural ageing. Accordingly, more than 10% of the total population worldwide is estimated to suffer from CKD. In CKD patients, high blood CPP levels are associated with vascular calcification, arterial stiffness, and inflammation.

Furthermore, a clinical parameter that reflects the propensity for CPP formation predicts their prognosis. Considering the ability of CPP to induce cell damage and innate immune responses in vitro, the correlation between blood CPP levels and the CKD complications may actually be causation. This notion is consistent with the CPP theory of ageing and, if proven, may justify CPP as a new therapeutic target for CKD. To obtain a proof-of-concept for the CPP theory of ageing, my collaborators and I have developed a “CPP adsorption column” that can be connected in series in the hemodialysis circuit to remove CPP from the blood during hemodialysis sessions, and is currently investigating whether the column may be effective in the treatment of arteriosclerosis and inflammation using an animal model.

It should be noted that CKD patients in advanced stages resemble kl/kl mice: Both suffer from high blood CPP levels, low Klotho expression, and multiple ageing-like phenotypes, including vascular calcification, cardiac hypertrophy, and increased mortality. In addition, these phenotypes can be alleviated by restriction of dietary phosphate intake both in kl/kl mice and in CKD patients. The striking similarity between kl/kl mice and CKD patients has led to the concept that CKD can be viewed as a state of accelerated ageing.

Physiology and pathology of colloids

In general, insoluble materials such as lipids and CaPi are adsorbed by specific serum proteins and converted to colloidal particles to be dispersed in the blood. Lipids are adsorbed with apoproteins, converted to colloidal particles called lipoproteins, transferred through the bloodstream between tissues, and eventually stored in the adipose tissues. However, when lipoproteins are increased in quantity and/or altered in quality (e.g. LDL vs HDL) and mistargeted to vasculature, atherosclerosis ensues. When mistargeted to the liver and skeletal muscles, lipids cause fatty liver and insulin resistance. These pathological conditions caused by ectopic lipids are correctively called “lipotoxicity”.

Likewise, CaPi binds to fetuin-A to form colloidal particles called CPP. CPP may function as a carrier that transfers calcium and phosphate to the bone for storage. However, when CPP are mistargeted to vasculature, vascular calcification may ensue. Vascular calcification is the other form of arteriosclerosis besides atherosclerosis, but in contrast to atherosclerosis being treated with statins, no specific treatment for vascular calcification is available. When mistargeted to other extraosseous tissues, CPP may exert toxicity and inflammation in systemic organs and ultimately accelerate ageing. I expect that research on CPP will be appreciated as a new field of study in biomedical science as important as research on lipoproteins in the foreseeable future.