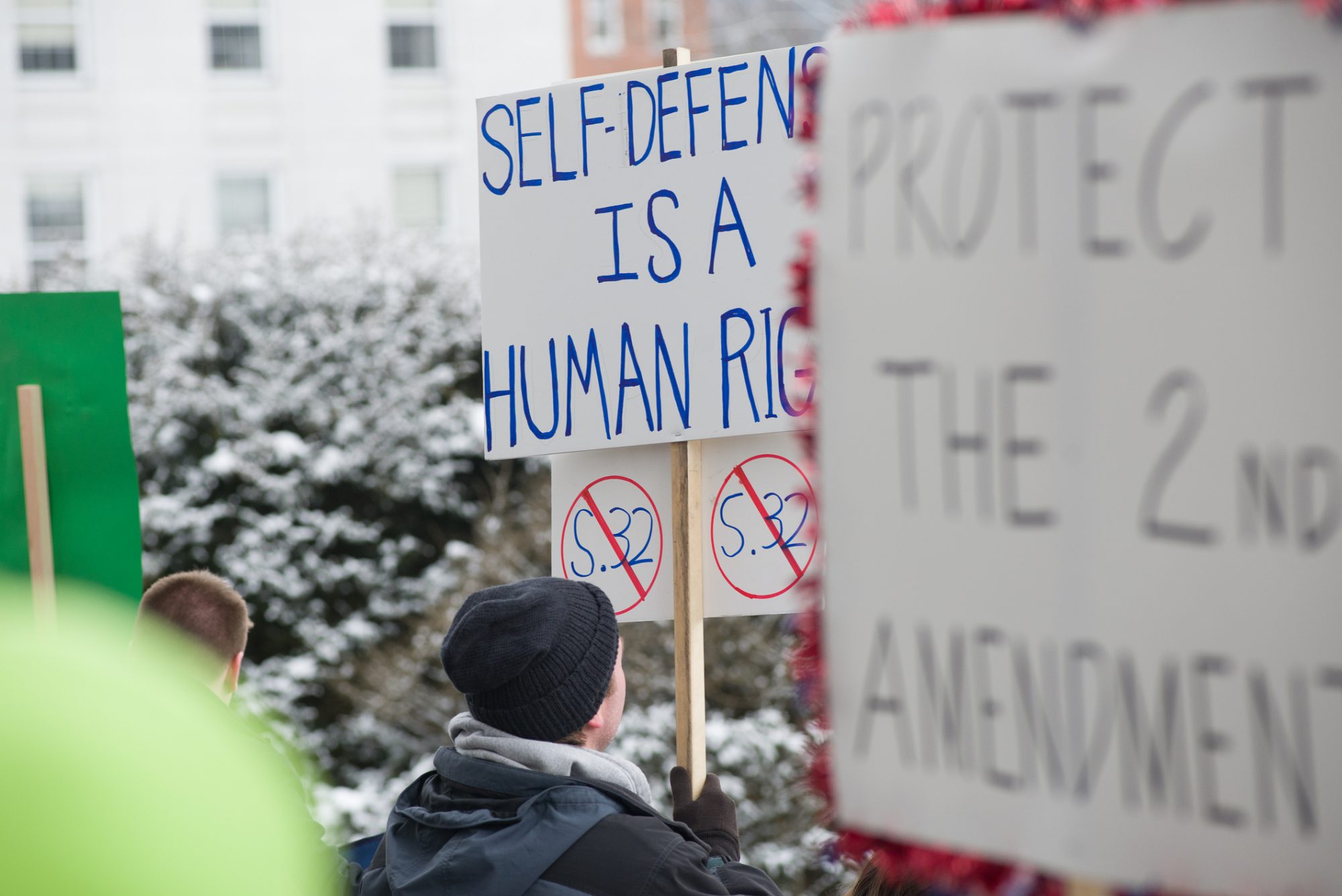 American gun ownership trends in the present day can be historically tied to the number of people who were enslaved in U.S. counties in 1860

In 1860, 5 years before the legal end to slavery in the U.S., some counties, especially in the south, had more enslaved people.

Researchers looking at the trends in gun ownership across the states find these slavery statistics may reflect why some residents have more guns in the present.

In an attempt to understand trends in gun ownership across the USA, researchers described a shift in sentiment away from the predominant, pre-Civil War idea of guns as tools for hunting and sport and particularly in the south, a post-Civil War belief that a gun was necessary to protect the family.

The team from the University of Wisconsin-Madison discovered over 45% of the world’s civilian-owned firearms are held by those living in the united states – a country that only holds 5% of the global population today.

This disparity may be due to how American gun owners view gun ownership, showing that U.S. history, tied to slavery and white supremacy, may have affected how people hold to their military values in the modern day.

Why would personal gun ownership be needed?

This disparity across the US has been speculated to have been caused by differences in historical beliefs as to why personal gun ownership is needed. areas with stronger connections to slavery and white supremacy may continue to promote pro-military and self-protection attitudes that result in high ownership of firearms.

Nick Buttrick, a University of Wisconsin–Madison professor of psychology, said: “What we see is a strong correlation between the number of slaves in a county in 1860 and the number of guns there now, even after we control for variables like personal politics, crime rates, and education and income.”

“What we see is a strong correlation between the number of slaves in a county in 1860 and the number of guns there now, even after we control for variables like personal politics, crime rates, and education and income”

A brief history of guns, military, and race in America

The strongest argument for gun ownership ties to issues with safety, where two-thirds of Americans who own guns say it’s a way to keep themselves safe.

This differs from other countries, according to the Pew Research Center, which shows that people are more likely to believe the presence of a gun adds risk and danger to their lives, considering, for example, the far higher rates of homicide and suicide in households with guns.

“We are really radically different even from countries like Canada or Australia, places that have similar cultural roots.”

Looking at the shift in sentiment away from the predominant, pre-Civil War idea of guns as tools for hunting and sport, researchers explore America’s historical roots and how gun culture may be linked to race dynamics.

In the post-Civil War South, the belief that a gun was necessary to protect family, property and a way of life grew prominent among white southerners.

This was driven by a flood of surplus military weapons, the rise of armed, white-supremacist organizations like the Ku Klux Klan, and elite rhetoric that Reconstruction governments would not protect the interests of white southerners from newly freed and politically-empowered Black people.

Comparing county-level population data from the 1860 census to gun ownership patterns in the present, the study uses a widely accepted proxy, as there is no national record of gun ownership. This research incorporates the proportion of suicides in a county that involved a firearm, according to Centers for Disease Control and Prevention mortality records from 1999 to 2016.

The correlation between counties with higher rates of slavery and modern gun ownership was strong when the researchers focused only on white gun owners, narrowing their proxy for gun ownership to firearm suicides involving only non-Hispanic white victims.

Buttrick continued: “What we see is a strong correlation between the number of slaves in a county in 1860 and the number of guns there now, even after we control for variables like personal politics, crime rates, and education and income.”

“The extent to which people feel unsafe only predicts gun ownership in counties in the South, where the more unsafe people feel, the more likely they are to own a gun.

“If you look in areas that didn’t have any slaves in the 1860s, whether people feel unsafe there today does not predict today’s county-level gun ownership.”

According to the study, present day residents in parts of the North and West with more guns are home to people are more likely to have Facebook friends that live in parts of the South that had higher historical rates of slavery.

In these areas, as in the South, feeling unsafe is more likely to predict increased gun ownership. The researchers say this suggests that social transmission of beliefs about guns is at work, giving a clearer sense of how gun culture has developed and evolved differently across the country – why some parts of the country still retain a hunting culture, while others are dominated by a gun culture based around personal protection.

Buttrick said: “The question is, how do these ideas about guns get to the rest of the country?  As people move, they bring with them the culture that formed them. We can see the remnants of those moves and the lingering connections to family and community in people’s social media connections, and it lines up with the slavery-gun-ownership pattern.

“It helps to elucidate some things — why is it that race and guns are so tightly tied together? Why is it that guns are so present in the public mind and discussion for white people and not for Black people? And it does help make sense of why protective gun ownership is such a popular idea in the United States, but not elsewhere.”