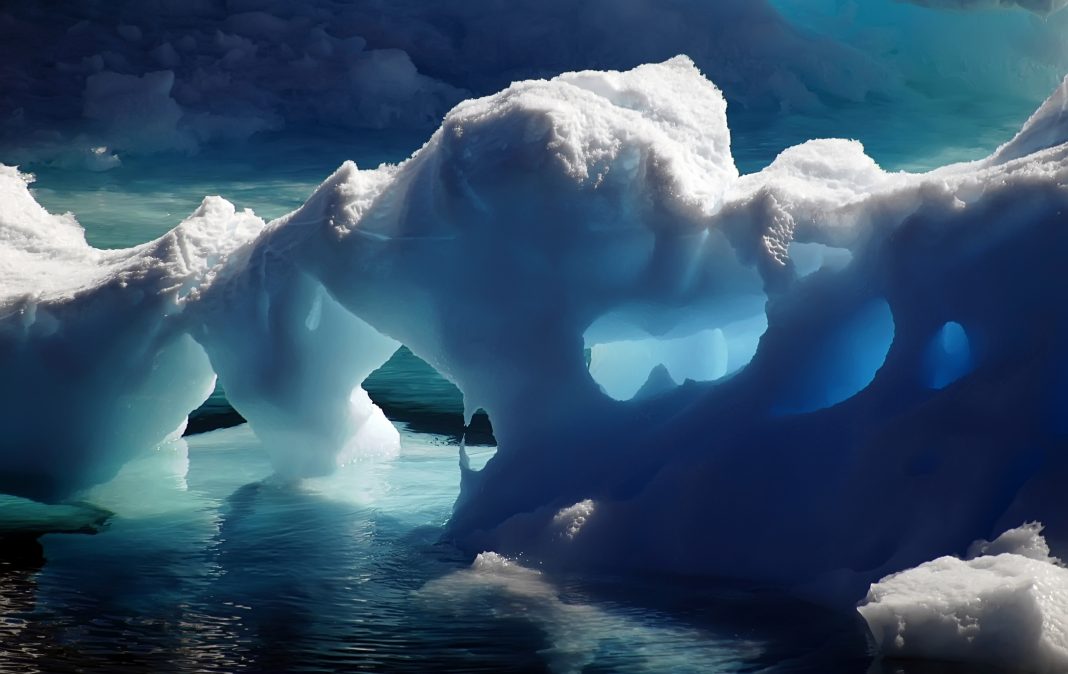 Though Antarctic Sea ice varies in extent in yearly cycles, long term figures show that sea ice has plunged to a record low of 1.9 million square kilometres in 2022.

The extent of sea ice in the Arctic has been rapidly declining due to global warming and the melting of ice caps. However, at the Earth’s other pole, Antarctic Sea ice has been on an increasing trend of about 1% a decade since the late 1970s – with significant variations from year to year and substantial regional differences too.

The reasons for the variability of Antarctic Sea ice are complicated, and various mechanisms have been proposed to try and track these processes through satellite observation since 1979.

The new record shows for the first time the sea ice extent shrank to below 1.9 million square kilometres – a far cry from its highest extent of almost 13 million km2 years prior.

Antarctic sea ice has dropped by up to 0.17 million km2 in recent years

Published in the journal Advances in Atmospheric Sciences, researchers noted an abnormality in the Antarctic sea ice back in 2017, when the southern hemisphere experienced a record minimum extent of sea ice. Five years since then, this decline has been occurring again.

The data showed that ice cover was much lower in the Bellingshausen/Amundsen Seas, the Weddell Sea and the western Indian Ocean sector, leading a group of researchers to find out why this was occurring.

Researchers at Sun Yat-sen University and Southern Marine Science and Engineering Guangdong Laboratory in China used a sea-ice budget analysis, using data on daily sea ice concentration – which is the per cent of an area that is covered by sea ice – between 1979 and 2022.

They also used a daily and weekly sea-ice drift inventory from 1979 to 2022 from the National Snow and Ice Data Center (NSIDC) to further their findings.

Essentially, the sea ice that was added and that which was lost, alongside both the dynamics – including advection and divergence contributions – and the thermodynamics – which are processes concerning freezing and melting – affect this.

Carried out to analyse the melting seasons, and then connect this to atmospheric circulation over the same periods, the sea-ice budget analysis found that in the summertime, it is the thermodynamics that causes the sea ice to melt.

This occurs through anomalies in the transport of heat toward the pole in the Bellingshausen/Amundsen Seas, the western Pacific Ocean, and the eastern Weddell Sea in particular. 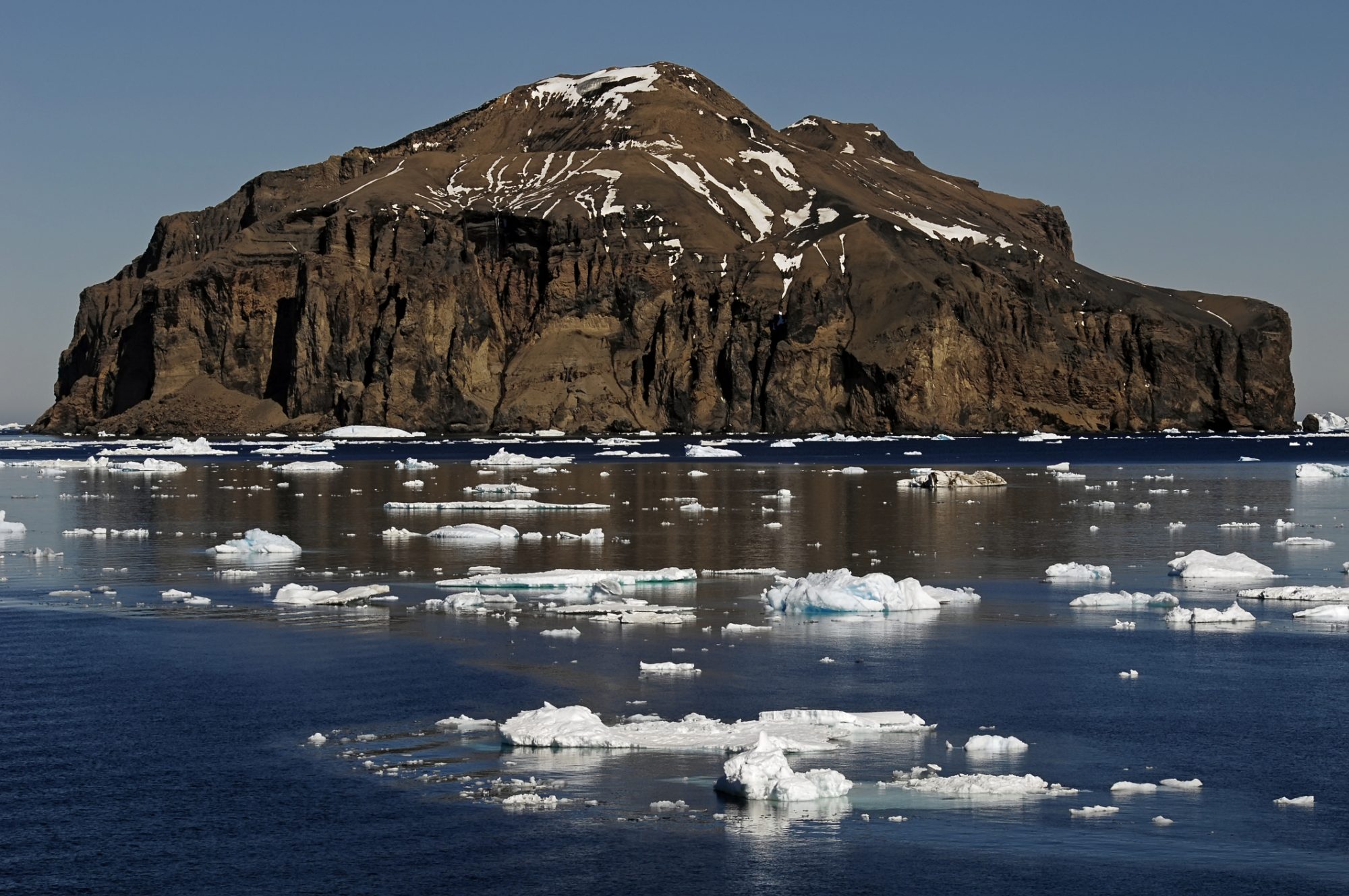 Additionally, an increase in infrared radiation and visible light – due to positive feedback of albedo, or the ‘whiteness’ of a surface – has changed the ice extent too. Research shows that the whiter it is, the greater the reflection of such radiation, and the darker, the greater the absorption.

Both thermodynamics and dynamics contribute to the status of sea ice extent in the spring, which may explain the differences in sea ice extent over different time periods.

In addition to the above thermodynamic processes, the dynamics of ice loss in the Amundsen Sea see a northward ice motion that pushes more ice to the lower latitudes towards the tropics thus increasing melting, additional to global warming, especially in the Amundsen Sea and the Ross Sea.

Climatologist Qinghua Yang, a co-author of the study, said: “Sea ice is whiter than the dark unfrozen sea, thus there is less reflection of heat and more absorption. which in turn melts more sea ice, producing more absorption of heat, in a vicious cycle.”

The researchers noted that according to data from the US National Oceanographic and Atmospheric Administration (NOAA), the new record Antarctic sea-ice extent minimum occurred at the same time as a combination of La Niña and a positive Southern Annular Mode (SAM) – other weather patterns which occur on a large scale globally.

The SAM is a belt of strong westerly winds or low pressure that surrounds the continent, moving north or south, while La Niña is a weather pattern of powerful winds that blow warm ocean surface water from South America to Indonesia in the tropics.

Both weather extremes accumulate the Amundsen Sea Low (ASL) (which is a centre of low atmospheric pressure centre over the far south of the Pacific Ocean and off the coast of West Antarctica).

This impacts the result as researchers found that all the atmospheric impacts on the sea-ice extent anomalies originate with the intensity and position of the Amundsen Sea low.

Jinfei Wang, one of the other authors of the paper, said: “If tropical variability is having such an impact, it’s that location that needs to be studied next.”