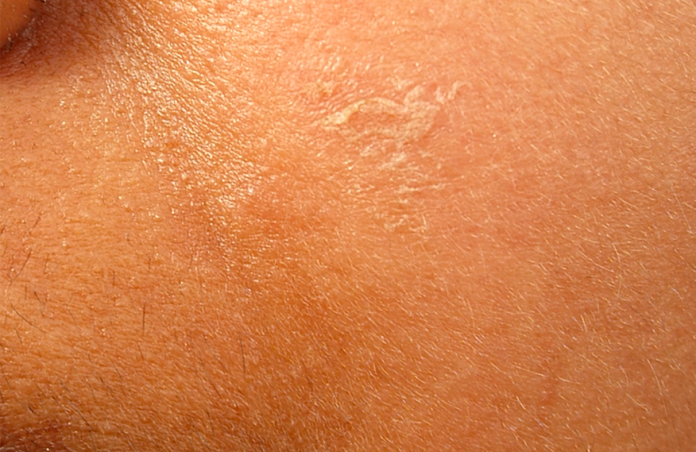 Around the time that I discovered a landmark paper on skin cancer showing that simply elevating the rate of cell death (Apoptosis) in mouse skin could result in squamous cell carcinoma (1), I was observing that sunscreens (despite increasing SPF levels) did not block sunburn on my own skin and that it was still subject to peeling (or apoptosis) following sun exposure. This was disconcerting to me as a cancer biologist since sunscreen is supposed to help prevent skin cancer and such papers demonstrated definitively that cell death (apoptosis) in response to a complete carcinogen such as UVA/UVB is directly linked to carcinogenesis. Therefore, firstly, I elucidated the three steps in the Human Sunburn Cycle – 1. Redness and inflammation; 2. New tissue formation; and 3. Apoptosis (2).

Next, I studied the mechanism of increasing SPF (Sun Protection Factor) levels in sunscreen and found that, although this particular parameter decreases redness and inflammation of the skin upon sun exposure and blocks tanning, it does not prevent apoptosis, which is a key determinant of skin cancer for people who burn (rather than tan) in the sun and they form the major risk group for this disease. Thus, after discussion with my Associate, a Professor of Medicinal Chemistry at the University of Illinois, the final step was clear: to formulate a sunscreen with a second parameter, which would prevent apoptosis or peeling. We identified this parameter in black sesame melanin and zinc oxide via Absorbance Studies using a spectrophotometer and termed it APF (Apoptosis Protection Factor) since it successfully blocked apoptosis, while simultaneously providing an SPF value. Quickly, after some testing, we formed a company (Moondust Cosmetics Ltd.) and put this product on the market right away so that people who were at the greatest risk of skin cancer would not remain vulnerable and could benefit from this innovation immediately.

Amazingly, the research did not stop there. As I attended conferences around the world and presented scientific papers on our work, it became apparent that this concept of apoptosis-causing carcinogens as a key trigger for cancer extended to other models besides skin cancer; especially, to those models for which a mechanism has not been clearly defined. Some examples include the Ataxia-telangiectasia disease state and ionizing radiation-induced cancer, alpha, beta and some gamma radiation-induced cancers, mycotoxin-induced plus certain chemically-induced cancers and microwave-induced cancers (2).

In this atomic age, exposure to toxins in the environment ranges from radioactive heavy metals to chemical pesticides and decontamination has become an issue of considerable importance. Recently, many parts of the world have been contaminated with radioactive waste from depleted uranium bombs and projectiles, including the Arabian Gulf, Iraq, Syria, Bosnia and Serbia plus Afghanistan. In addition, other areas of the globe have been contaminated by nuclear testing sites and accidents at nuclear power plants involving radioactive uranium and its decay products. The biological effects of environmental radionuclides in humans (particularly depleted uranium) have been documented as part of the Gulf War Syndrome and Balkan Syndrome (3).

Moreover, the overall incidence of breast and lung cancer, leukaemia and lymphoma has doubled or tripled in certain areas of Iraq contaminated with depleted uranium during the Gulf Wars. An association with lung cancer has also been found in uranium miners. Both uranium and depleted uranium have been found to induce apoptosis in various cell types following exposure to these carcinogens. Furthermore, a distinct biological effect on wildlife such as marine birds and terrestrial animals has been observed for various isotopes of uranium including adverse reproductive effects (3).

Radioactive waste from nuclear installations and nuclear reprocessing plants, nuclear accidents and radioactive fallout from nuclear weapons testing constitutes a serious problem facing future generations. Marine algae and phytoplanktons accumulate radionuclides from their surroundings and are used as bioindicators of radioactive pollution in the environment. In Northern Europe, the affected marine systems include the Irish Sea, the Baltic Sea and the North Sea. One main source of this radioactive contamination is marine transport of discharges from nuclear reprocessing facilities like Sellafield. An increased leukaemia incidence has been observed in young children at Seascale near Sellafield, and an elevated incidence of leukaemia has been recorded among young people (0-24 years) in the French canton of Beaumont-Hague close to the Cap de la Hague, another major nuclear reprocessing facility (4).

In addition, a three-year French epidemiological study in the region found a higher than expected morbidity in men from leukaemia and respiratory cancers and leukaemia and lung cancer in women. However, some experts can dismiss the above relationships due to important uncertainties over the estimation of radiation doses from environmental discharges such as plutonium based on a mutational theory of carcinogenesis. Consequently, it appears to be of the utmost importance to re-evaluate the current methods for cancer risk assessment in the case of radiation exposure within the context of an apoptotic model of carcinogenesis that can explain such a discrepancy. High LET fast neutrons of the type emitted by plutonium-239 can induce apoptosis in resting human peripheral blood lymphocytes and a persistent increase in chromosomal aberrations can be induced in lymphocytes at very low doses of exposure. Thus, the potential future implications for gene evolution in select human groups living in environments contaminated with radioactive substances are staggering and may include ailing populations with the elimination of fit individuals from the gene pool due to persistent illness or disease. Moreover, plutonium isotope concentrations in Baltic biota have revealed that these radionuclides are strongly accumulated by some species such as algae, benthic animals and fish (4).

Electromagnetic radiation (EMR) from modern cell phone towers is largely comprised of high-frequency microwaves. The adverse biological effects of EMR from cell phone towers have been observed in birds, bees and humans. The associated decline in fruit-eating seed dispersers like wild birds and in insect pollinators such as bees could have serious consequences for human food production. Furthermore, a direct effect on human health is likely. Proximity to EMR from cell phone towers may pose a potential risk for leukaemia and brain cancer in humans since microwave radiation can induce various apoptotic pathways leading to cell death in human cell lines. The new 5G technology also makes use of microwaves. The stimulation of cellular apoptosis resulting in deregulated cell proliferation is being increasingly linked to cancer and may provide a mechanism for microwave radiation carcinogenesis (5).

Cancer risk assessment methods that are reliable for identifying agrochemicals and other potential carcinogens will become increasingly important in the context of climate change, which favours the propagation of certain insects, moulds and invasive plant species. The herbicide glyphosate has been correlated with Non-Hodgkin’s lymphoma and multiple myeloma in humans. Interestingly, low dilutions of glyphosate-formulations have been found to induce apoptosis in three different human cell types. Glyphosate was also found to induce apoptosis in a range of honey bee larval tissues tested (6).

Additionally, in some countries such as Australia and Canada, the alarming increase in forest fire frequency due to climate change and the associated smoke released into the environment may pose a major future health risk for humans. Polycyclic organic particles in biomass and forest fire smoke can include carcinogens such as benzo[a]pyrene, which is found in cigarette smoke. Benzo[a]pyrene has been shown to induce apoptosis in mammalian cells via various pathways (7).

In light of these grave environmental issues, it is paramount to consider new strategies that will protect the environment and the diversity of species. Regulating the use of dangerous chemical pesticides and combatting climate change is a priority. All radiological weapons should be banned and the ever-increasing level of microwave radiation in the environment monitored. The attractive attributes of alternative clean energy sources like wind, water and solar power should be seriously considered. 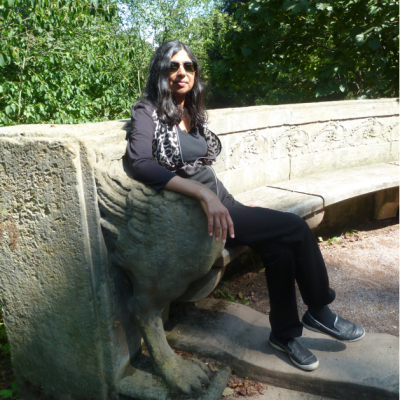