Here, Takahira Yamaguchi from Keio University in Japan explores how an artificial intelligence robot works as part of a group discussion at a primary school

In the April 2020 edition of Open Access Government, I explored how different robots cooperate in a multi-robot café, including details about service workflow. This time, I will focus on how an artificial intelligence (AI) robot works as part of a group discussion at a primary school.

Concerning question answering, to recognise whether a pupil’s remark is a question or not, we ask pupils to add a robot name “Sota” at the beginning of the question. The question sentence is limited as “What is A?” or “Tell me about A” or “What relationship is between A and B?” and so on. Answering the question, the system first retrieves domain ontology and the knowledge graph (ontology & knowledge graph is described as okg, for short). In the case of no answer there, it secondly retrieves Japanese Wikipedia okg. When the system does not yet find the answer after retrieving two okgs, Sota tells the pupil that I cannot answer your question.

About hint presentation, to recognise a pupil’s remark or ask for hints about some keyword, we ask pupils to say like, “tell me hints about the keyword.” As the keyword is included in the concepts of domain ontology, Sota presents hints to the pupils, using domain okg.

Concerning a new remark presentation, the keywords given by pupils are assumed to be prepared in advance. When some pupils say the keyword, Sota can follow it and add new remarks, if necessary, show corresponding movies. Sota can develop a group discussion from the remark by retrieving the properties of the explanation and supplement this in domain okg. When the keyword has “movie” property, Sota shows the pupils real movie using a note PC.

We have two types of ontologies: a domain ontology for specific concepts and Japanese Wikipedia ontology for general concepts. Using ontologies, knowledge graphs are built as a large network of entities, their semantic types, properties, and relationships between entities.

We have two mechanical facilities: Pupil’s Remarks Count and Time Management for Group Discussion. The following describes them.

About pupil’s remarks count, Sota asks the pupil with fewer remarks to make more remarks. The facility prevents just one pupil from talking too much.

We have done an experimental case study for the AI robot to support group discussion for global warming with the fifth-grade pupils at Hamadayama primary school in Suginami ward, Tokyo. The experiment has been carried out for two classes. One class has 33 pupils who have been divided into eight groups with four to five members. One group has the following equipment: Sota, a note PC and microphones around the neck, as shown in Figure 3. Sota can speak and do an easy gesture.

The theme for group discussion is “What can we do to prevent global warming?” The dialogue interaction between the pupils and Sota goes as follows:

Sota: Let’s discuss what we can do to stop global warming.

Pupil “A”: Saving electric power may be a good solution.

Sota: I have a movie that shows how to save electric power. Click the button of “watch” on your PC if you want to view it.

Several pupils evaluate the experiment as follows: Sota teaches us in details. Sota answers our questions so properly. The evaluation indicates that domain okg works well in group discussion support. Moreover, more pupils have been impressed by Sota behaviour: Sota suddenly calls my name and gives more explanation about the keyword that I said. This comment indicates that the new remark presentation facility works so well and it looks like Sota subjectively participates in a group discussion.

On the other hand, the class teacher evaluates the experiment as follows: the group discussion proceeds differently according to individual comments made in each group, does not proceed according to a set of scenarios, thus, the pupils feel comfortable with Sota responses to their own words. Some pupils even thank Sota after group discussion. It indicates that pupils think of Sota as an intelligent partner and have established some relationship with Sota. 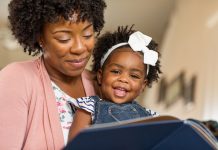 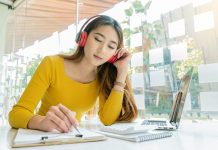 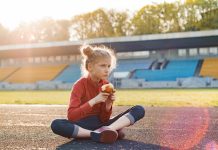 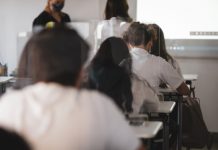 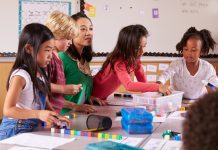 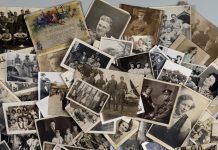