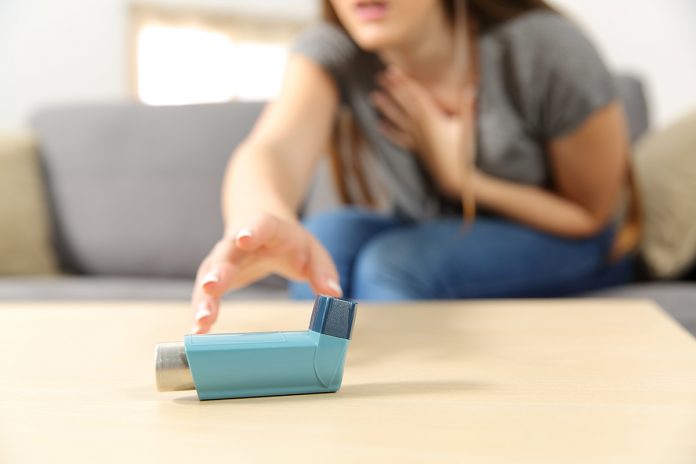 Chronic inflammatory lung diseases are the most frequent non-communicable diseases worldwide. The cause of the increasing frequencies of asthma, COPD and fibrosis is largely unknown and cannot be explained well with the available knowledge. The same applies to the origin of the pathologies. What causes asthma? Allergies are only found in 50-60% of patients. COPD is mainly caused by cigarette smoking, but fine dust, toxic gases and working in agriculture are independent causes. Lung fibrosis is most often a disease of the ageing lung, but its cause is unknown. Using primary human diseased lung cells, we aim to understand the pathogenesis of the diseases and use this knowledge to find better therapies.

Chronic inflammatory lung diseases are the most frequent non-communicable diseases worldwide. Currently, there are over 450 million people suffer from either asthma, COPD (smoker’s lung) or fibrotic lung disorders. It was estimated in 2015 that the number of asthma patients doubles every ten years and COPD was the fourth most frequent cause of death.

The cause of the increasing incidences of asthma, COPD and fibrosis is largely unknown and cannot be well explained with our current available knowledge. This also applies to the origin of the diseases. In this issue, our focus will be on asthma, while COPD and fibrosis will be described in the subsequent issues.

Given that allergies are only diagnosed in 35-60% of asthma patients, what really causes asthma? The discrepancy between different studies that investigated allergies as the cause of asthma may be explained by the geographic locations of the study cohorts, the range of allergens used for detection of atopy or the incomplete information of the patient history. Patients with allergic asthma are characterised by increased IgE blood levels and neutralising IgE by humanised antibodies is a novel effective therapy which reduces inflammation. However, studies on the long-term effects of neutralising IgE on lung function and structure are missing. Thus, it is unknown if neutralising IgE reduces airway wall remodelling in asthma and thereby improves lung function.

Asthma can also be caused by physical stress such as exercise in sports, or sudden changes in air humidity. It is well known that many Olympic athletes in winter and water sports develop asthma-like symptoms only during their training sessions. Chlorinated water from swimming pools was considered to cause asthma but this hypothesis could neither be proven by animal models nor investigations on humans. Inhaling humid air may change the osmolarity of the lung and thereby lead to constriction of the airways.

Regarding winter sports, the inhalation of cold air can also lead to asthma. Similar as sudden changes to hot air as reported in dry regions, such as the Saudi Arabian Peninsula, Australia etc. How changes in temperature result in asthma is not understood at all and recent studies in humans suggested that additional factors because asthma has to be present. There is no animal model which can simulate these conditions properly and cell culture models can also not be applied.

Another cause of asthma can be psychological stress. New studies implied that stress of the mothers during the last three months of pregnancy increases the risk of their children to develop allergic diseases and specifically asthma during the first five years of life. These observations are supported by the findings that, epigenetic factors have a huge impact on lung maturation during late embryogenesis and early childhood. The three major epigenetic events which have been linked to reducing lung maturation and the increased risk to develop asthma are: i) methylation of DNA and DNA regulating histones; ii) increased activity of mitochondria; and iii) deregulated expression of specific microRNAs. Despite the observation that these three epigenetic events can cause asthma, the initiating mechanisms are not understood. Furthermore, there are differences comparing these three events in different cell types of asthma patients and thus, the conclusion is difficult to draw.

Methylation patterns could be responsible for the increased activity of mitochondria, which has been reported in asthma patients and is maintained in isolated airway cells of asthmatics. The over-active mitochondria increase the energy consumption, specifically for muscle cells and thereby can lead to hyper-reactivity of the airways. Moreover, active mitochondria may enable the muscle cells to proliferate faster when exposed to pro-inflammatory cytokines, which in turn increases the production of extracellular matrix. The result of the mitochondrial activity in asthmatic airway cells is hyper-responsiveness and increased the thickness of the airway walls, which limit the breathing capacity of the patients.

The number of reports on the effect of microRNAs on the pathogenesis of inflammatory diseases is increasing rapidly. In regard to asthma pathologies, modified expression of microRNA-16, -17, -18, -19, -21, -34, -145 have been reported most frequently. Interestingly, several microRNAs (miR-17, -19 and – 21) have been linked to increased activity of mitochondria. A problem regarding the function of microRNAs in the pathogenesis of asthma is the fact that specific microRNAs are regulated in a cell type-specific pattern. For example, microRNA-19 is down-regulated in tissue forming airway cells of asthma patients, while it is up-regulated in the circulating lymphocytes of the same patients. The same applies to other microRNAs. However, some studies suggested that circulating microRNAs, especially microRNA-21 could be used as a marker for progressive asthma. Furthermore, methylation of DNA and histones regulate the expression of microRNAs

The above describes briefly how different molecular biological mechanisms contribute to asthma. It also highlights that these molecular mechanisms are linked to each other and should not be seen as a singularity. To understand how asthma is caused, we need to connect these mechanisms and study them as a whole system. The interaction of these mechanisms has to be seen like the “Ying-Yang” concept where the equilibrium point is considered to be the point we are searching for to achieve the optimal health of a person in the specific situation and condition towards personalised medicine.