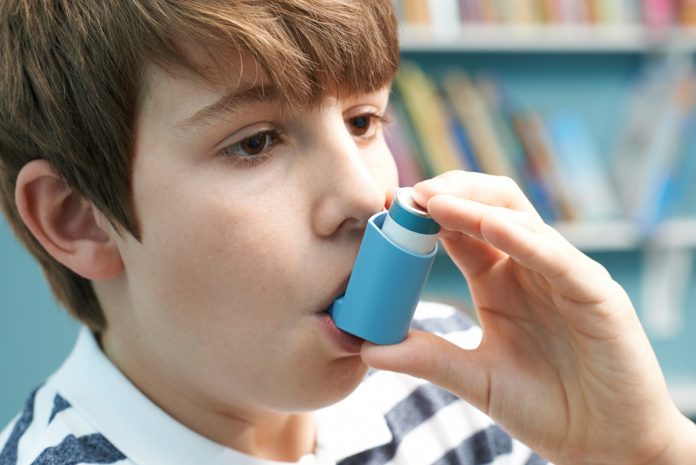 Asthma is the most frequent common, non-communicable chronic inflammatory airway disease, which is often misdiagnosed and therefore incorrectly treated, even in industrialised countries including the European Union (2016 Symposium of the EU on the Awareness of Allergies). The costs for asthma in 2016 were estimated at €19.6 billion in the EU; the costs include therapy and loss of productivity.

Asthma presents as a limitation of breathing capacity with reversible airflow obstruction, bronchospasm, cough, airway hyper-responsiveness, chest tightness, wheezing and chronic airway inflammation. The pathogenesis of asthma was assumed to result from chronic airway inflammation which leads to irreversible airway wall remodelling. New studies strongly suggest that both pathologies, inflammatiofn and remodelling, occur independently, but affect each other.

Despite decades of investigations, the pathogenesis of asthma is not well understood and therefore, the disease cannot be cured. In the 1920s, asthma was described as a disease characterised by increased airway smooth muscle cells and mucus accumulation in the airways. Later, immunological studies suggested that asthma is a disease caused by chronic inflammation of the airways.

The development of new asthma therapies is also limited by the availability of animal models, which do not reflect all pathologies of the human disease, rather than they present either the chronic inflammation or the remodelling but not both pathologies together. The reason for this incomplete presentation of human asthma pathologies in the models may be due to the natural living conditions of the animals. Most animal models use rats or mice, which have a different airway structure compared to humans. Taking into account that the natural habitat of these rodents is dusty and loaded with allergens makes it unlikely that they would be susceptible to develop inflammatory airway diseases such as asthma.

In the past decades, humanised antibodies to specific cytokines such as IL-3, IL-4, IL-5, IL-13 and TNF-α, have been developed as novel asthma therapies. However, they benefit only relative small sub-groups of patients with specific asthma phenotypes, which are difficult to identify by the available diagnostic methods. Neutralising the above-mentioned cytokines mainly benefits patients with eosinophilic asthma as demonstrated in several clinical studies; however, the contribution of eosinophils to the pathogenesis of asthma is not well understood. None of these cytokine-specific antibodies showed any effect on airway wall remodelling in humans.

One humanised monoclonal antibody application, neutralising circulating IgE, has been reported in several clinical studies to achieve lasting reduction of chronic airway inflammation in patients with allergic asthma. Neutralisation of circulating IgE in patients with allergic asthma resulted in a lasting reduction of asthma symptoms, even after the regular use of the IgE neutralising antibody was halted. It is suggested by several studies that neutralising IgE may be the only therapeutic strategy that also reduces airway wall remodelling.

However, this effect of neutralising IgE antibodies has not been proven by direct evidence in patients. There is also evidence that IgE neutralising antibodies may have unwanted side effects, but the data on this aspect is insufficient to draw conclusions. Furthermore, some new studies indicate that neutralising IgE does not benefit all patients with allergic asthma and the nature of the allergen to which the patient response may affect the efficacy of the drug.

The lack of therapies or drugs to target airway wall remodelling in asthma presents a major problem which was recognised in 2015 by the American Thoracic Society. However, the pharmaceutical industry does not have any drug in their pipelines which is focused on this aspect of asthma. Instead, new glucocorticoids or other anti-inflammatory drugs are under investigations. One of the major reasons that break through could not be achieved in finding effective new therapies targeting airway remodelling in asthma is because many innovative study proposals were rejected by funding organisation with the argument of not enough supporting data. The latter is of course due to insufficient funding. If this negative cycle cannot be broken, no innovative asthma therapies can be developed.