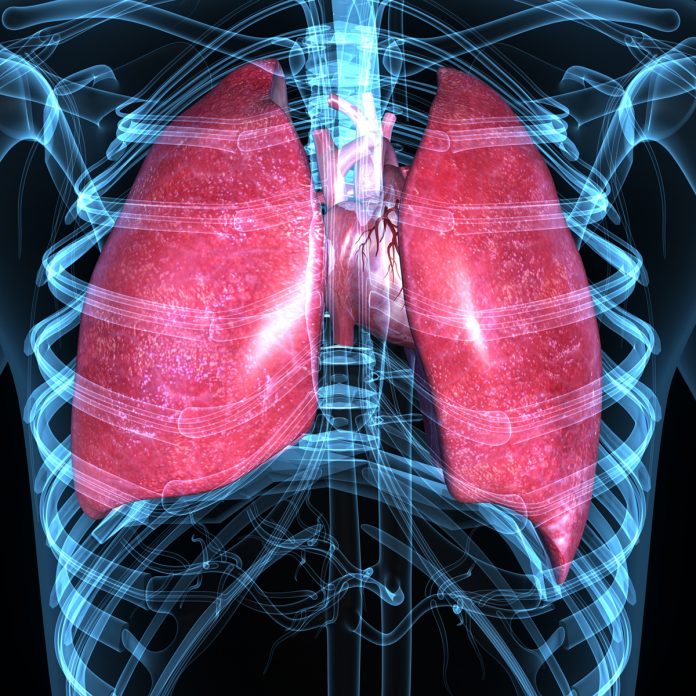 It has long been recognised that acute respiratory distress syndrome (ARDS) is a clinical syndrome with marked heterogeneity in its presentation and clinical course (see www.openaccessgovernment.org/acute-respiratory-distress-syndrome-2/34971).

One approach to dealing with heterogeneity has been to make a distinction between ARDS due to direct causes of lung injury, such as pneumonia or aspiration and ARDS due to indirect causes of lung injury, such as nonpulmonary sepsis or transfusion. It has been proposed that ARDS, caused by pulmonary and extrapulmonary diseases, may represent distinct syndromes with different respiratory mechanics and responses to ventilator settings (e.g., to the level of positive end-expiratory pressure, PEEP).

More recently, it was indicated in a biomarker study from Pr. Carolyn S. Calfee and al. (University of California, San Francisco) that the degree of lung epithelial and endothelial injury may be quite disparate with regard to underlying causes, with more severe epithelial injury (as assessed by plasma levels of soluble surfactant protein (SP)-D and soluble receptor for advanced glycation end-products (sRAGE) (see www.openaccessgovernment.org/new-biomarkers-of-lung-injury-in-ards/39157) in direct ARDS and more severe endothelial injury (as assessed by plasma angiopoietin (ANG)-2) in indirect ARDS.

Such findings may open new perspectives of testing treatments that specifically target the lung epithelium or endothelium. The current Berlin definition of ARDS, based on clinical and radiographic data, has probably hindered the identification of targeted therapies used to manipulate select biological mechanisms underlying ARDS.

Although we have long been able to identify subtypes within ARDS (i.e., subsets of patients that do not necessarily imply differences in function, biology, or observable characteristics) that confer different prognoses, the novelty is that we are now able to identify phenotypes (subtypes of patients with distinct clinical, biological features and different natural histories) and endotypes (phenotypes (defined by a distinct functional or pathobiological mechanism) that may confer distinct response to therapy.

Patients with nonfocal (or diffuse) ARDS, as assessed by chest computed tomography (CT) (also referred to as nonfocal lung imaging phenotype or nonfocal morphotype) have lower lung compliance, a better response to PEEP and recruitment manoeuvres and higher levels of sRAGE than patients with focal ARDS.

In a recent prospective multicentre study on 119 patients with ARDS, Mrozek et al. measured PAI-1, SP-D, soluble intercellular adhesion molecule-1 and sRAGE within 24 hours of ARDS onset (CHEST 2016; 150(5):998-1007). They also performed a chest CT scan (or frontal radiograph and lung ultrasound when the patient was not considered transportable to CT) within 48 hours. Only plasma sRAGE and PAI-1 were significantly higher in patients with nonfocal versus focal ARDS in this study. Notably, 90-day mortality was significantly higher in patients with nonfocal ARDS than in those with focal ARDS (46% versus 21%).

Elevated plasma sRAGE levels and Simplified Acute Physiology Score II (SAPS II, a severity score used in critically ill patients) were independently associated with a risk of death, even after multivariate adjustments. These findings added to the growing literature demonstrating that plasma sRAGE correlated with lung injury severity and mortality in ARDS. In a murine model of hydrochloric acid-induced ARDS, sRAGE was significantly elevated in the pulmonary edema fluid and plasma in patients with ARDS in whom it was inversely associated with impaired alveolar fluid clearance (AFC), i.e. with the physiological measurement of the rate of resolution of alveolar edema in ARDS.

Therefore, the working hypothesis has been that elevated plasma sRAGE could reflect the severity of alveolar epithelial injury in the lungs from patients with ARDS. This theory is supported by recent studies, including evidence in the ex vivo human lung. It has been demonstrated. Interestingly, a nonfocal ARDS morphotype is associated with an endotype of more severely impaired AFC, thus providing the first evidence of distinct functional patterns between focal and nonfocal ARDS. As RAGE pathway may play a major role in the mechanisms leading to AFC and its regulation (even though its precise roles are still under investigation), a growing body of evidence now supports an association between RAGE pathway, impaired AFC and ARDS morphotypes. This may fill a gap in the full recognition of a phenotype of lung morphology that could be linked to an endotype of impaired AFC and activated RAGE pathway.

Of note, such a hypothesis on endotypes could be of importance because both impaired AFC and higher plasma levels of sRAGE have been associated with the outcome because the biological plausibility is high, and it is inherent in the process of ARDS evolution. In this perspective, the results from the “Lung Imaging for Ventilator sEttings in ARDS” (LIVE) study (ClinicalTrials.gov identifier: NCT02149589; principal investigator: Pr. Jean-Michel Constantin, Clermont-Ferrand, France), that should be available soon, are expected because this multicentre randomised controlled trial was specifically designed to determine whether a personalised ventilation strategy tailored to ARDS morphotypes may improve survival, compared to a non-personalised strategy.

Please note: this is commercial profile