Saku Tsuneta, National Astronomical Observatory of Japan, charts discoveries made about the Universe with cutting-edge technology in this fascinating astronomy focus

There are three main themes in 21st-century astronomy: the search for extra-terrestrial life; understanding the beginning of the Universe; and understanding the nature of dark matter and dark energy. Countries around the world are racing to construct large observing facilities to tackle these subjects. In this era of international cooperation and competition, the National Astronomical Observatory of Japan (NAOJ) actively conducts scientific research in astronomy.

Modern Japanese astronomy began when Harumi Shibukawa completed an original calendar, the Yamato-reki, in 1684. The earliest forerunner of NAOJ was the Astronomical Observatory of the Tenmonkata (Shogunate Astronomer) established in Asakusa during 1782, in the late Edo Era. Japan’s modernisation over three centuries is etched into NAOJ’s long heritage, which can be seen if you walk around our Headquarters campus in Mitaka, Tokyo and view the number of beautifully preserved Registered Tangible Cultural Properties.

As an inter-university research institute, NAOJ mediates different opinions within research communities as well as developing large observational facilities that cannot be supported by individual universities and promotes their open use. Astronomy is rapidly becoming interdisciplinary; expanding into fundamental physics, chemistry, and life sciences, and NAOJ serves as a hub for such expanding research. Perusing an advanced science like astronomy needs a significant budget for construction and operation. On the other hand, given Japan’s severe financial situation, NAOJ continuously reviews the merits of existing research facilities. NAOJ also leverages its technological assets to address issues facing industry and to contribute to national endeavours.

Our three great observatories are the Subaru Telescope, ALMA, and TMT (to be constructed). We are also involved in several other collaborations such as the Kamioka Gravitational Wave Detector (KAGRA). Also, NAOJ has been involved in the development and operation of space-borne instruments such as the JAXA-NASA-UK-ESA Hinode satellite and NASA’s CLASP sounding rocket experiments. NAOJ would like to be involved in more space missions based on our heritage in advanced technologies on the ground. We can only proceed to cutting-edge space instrumentation after we have proven the technology on the ground.

In 1999, after nine years of construction and more than a century after the dawn of modern Japanese astronomy, NAOJ completed the Subaru Telescope, an 8.2-m optical-infrared telescope embodying Japanese technology, near the 4,200-m summit of Maunakea in Hawai`i. Its success has served as a catalyst for the international collaborations that have followed. The Subaru Telescope can detect hundreds of thousands of distant galaxies in one observation. Within our Solar System, the Subaru Telescope has helped find and characterise new targets for the extended journeys of JAXA’s asteroid sample-return mission Hayabusa2 and NASA’s New Horizons. The Subaru Telescope is expected to achieve significant results throughout the 2020s with its ultra-wide-field-of-view unattainable on other large telescopes. An ever-evolving suite of instruments has kept it at the forefront of astronomy. These continuing and planned upgrades have now been authorised as the “Subaru Telescope 2.0” plan in the competitively chosen ROADMAP2020 for large science-infrastructures by the Ministry of Education, Culture, Sports, Science and Technology (MEXT)’s Council for Science and Technology.

The Atacama Large Millimetre/submillimetre Array (ALMA) composed of 66 antenna elements, on a 5000-m plateau in Chile, a global partnership between East Asia (led by Japan), Europe, and North America (led by the United States) in cooperation with the Republic of Chile, has achieved unprecedented angular resolution and sensitivity. NAOJ developed and produced some key instrumentation, including super-conducting receivers with noise levels as close to the quantum limit as possible and at the highest radio frequencies ever, to detect the faintest radio signals from the distant Universe. The ALMA Development Roadmap defines the technological developments needed to significantly increase its observational capabilities. NAOJ together with other East Asian institutions will play a crucial role in this effort, and the “ALMA 2.0” plan proposed for that purpose was also selected in the ROADMAP2020.

The Thirty Meter Telescope (TMT), an optical-infrared telescope with a 30-metre aperture to be constructed in collaboration with the United States, Canada, China, and India, will be able to observe close to stars and examine fully developed planets. TMT will use its higher resolution and larger light-gathering power to investigate targets from the farthest reaches of the Universe to potentially habitable planets around nearby stars. 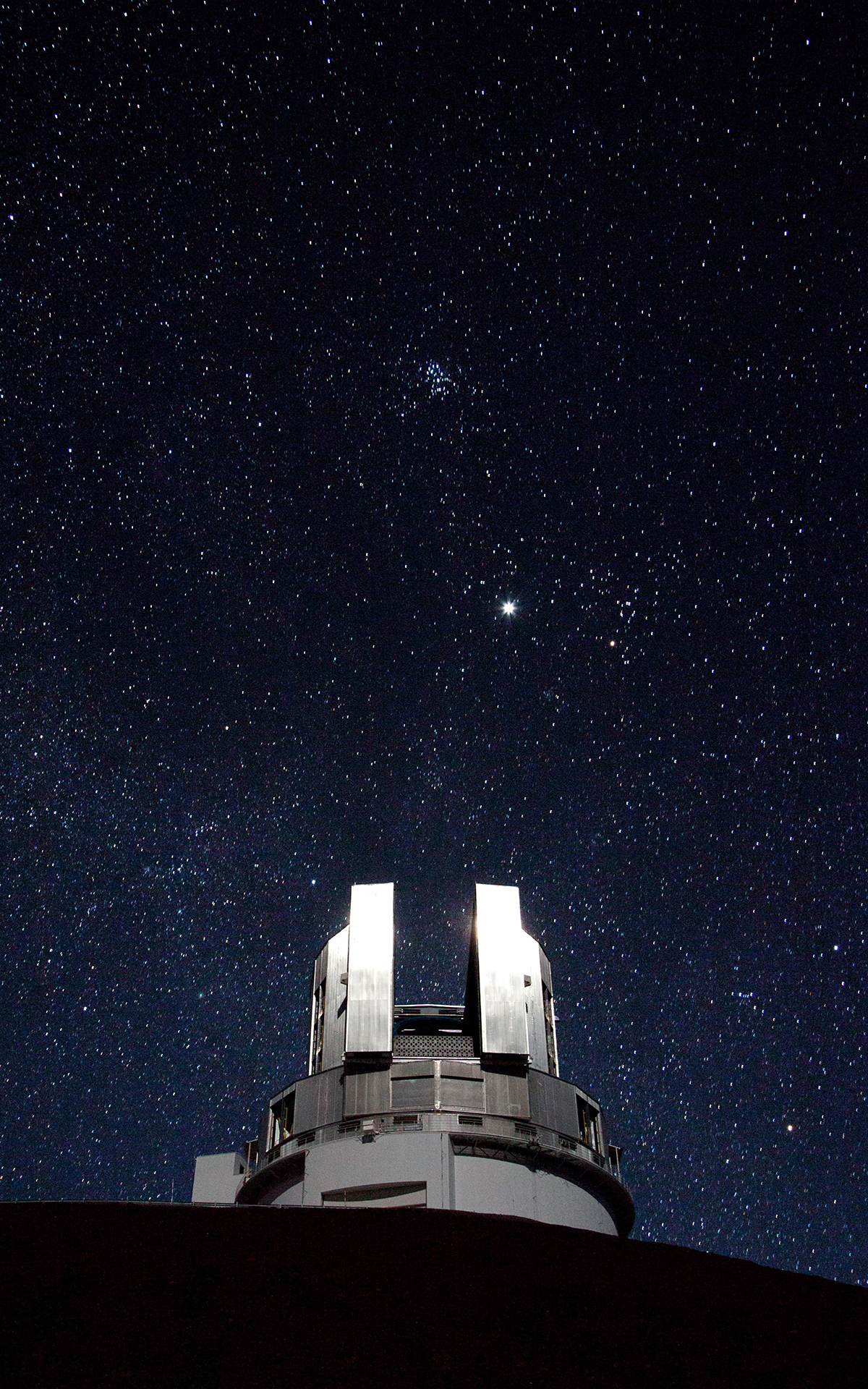 During the development from the Subaru Telescope to ALMA, significant scientific discoveries have seamlessly continued to be made, such as the discovery of the most distant galaxies in the Universe; amazing images of protoplanetary disks in which exoplanets are forming; and the world’s first extensive 3D map of dark matter. Soon, we expect that the true nature of dark matter and dark energy will come to light, a detailed model of planet formation will be established, and valuable insights into exoplanet environments that could harbour life will be obtained. These achievements will enhance Japan’s international presence, stimulate an interest in science among the people, especially the younger generation, and instil pride and confidence in them.

Researchers and citizens are working together to achieve astronomical results. NAOJ is promoting a citizen astronomy project called GALAXY CRUISE. General citizens classify the shapes of colliding galaxies out of the vast amount of data obtained by the Subaru Telescope. As of April 15, 2021, there have been 6,508 people from 81 countries and regions who have participated, and the total number of galaxies classified has exceeded 1.4 million. Combining these results with machine learning will produce a new leap in galaxy research.

There is concern about the decline of Japanese science. Among 18 STEM research fields, space science is the only field in Japan that is experiencing growth (relative change of 54.4%) in scientific articles exceeding the rest of the world (29.5%) between 2009 and 2019. Space science also has the highest share (9.2%) of papers published worldwide in 2019 among the 18 STEM fields in Japan.

The future of astronomy

This is an exciting time to be an astronomer. In the not-so-distant future, environments harbouring life will be discovered on planets beyond the Solar System. Then, finding alien civilisations will become the next frontier for astronomy. We can expect the field of astronomy, which has been nurtured for more than three centuries in Japan and NAOJ in particular, to be vigorous in the future. 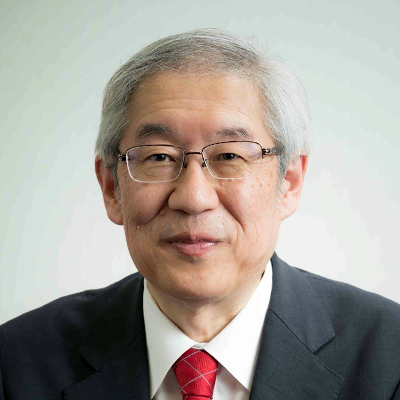