The International Panel Climate Change (IPCC) Report, released in 2021, said that human activity was the direct reason for extreme climate change. The report said that it would take 20-30 years for global temperatures to stabilise, even if lower carbon emission targets were met by 2030.

Secretary-General of the UN, António Guterres, said: “The evidence is irrefutable: greenhouse gas emissions are choking our planet and placing billions of people in danger. Global heating is affecting every region on Earth, with many of the changes becoming irreversible.”

These irreversible changes mean that countries across the world need to make deep infrastructural changes, quickly.

For example, the UK is facing an energy crisis that will see prices rise. A Resolution Foundation Report highlights that the UK needs to “lessen reliance on imported fossil fuels” while also insulating low-income housing – with the recommendation that the UK quickly develop a source of independent, clean energy.

“Biomass” as a source of energy?

Energy has always existed in “biomass”, which is the organic waste of plants and animals. Now, a team at The Swiss Federal Institute of Technology Lausanne have found a way to convert dried peel into a usable form of clean energy – hydrogen.

“Each kg of dried biomass can generate around 100 liters of hydrogen and 330g of biochar, which is up to 33wt.% of the original dried banana peel mass,” says Bhawna Nagar, who worked on the study.

The method also had a positive calculated energy outcome of 4.09 MJ·per kg of dried biomass. The team created a new method for biomass photo-pyrolysis, which produces not only valuable syngas, but also a biochar of solid carbon that can be repurposed to help with crops.

Energy in the flash of a Xenon lamp

The idea is to generate a powerful flash light shot, which the biomass absorbs and which instantaneously triggers a photothermal biomass conversion into syngas and biochar.

The syngas is hydrogen, while the biochar is a solid form of carbon – which is better than carbon being released in a gas form.

This flashing technique was used on different sources of biomass:

All of these were initially dried at 105°C for 24 hours, and then ground and sieved to a thin powder.

The powder was then placed in a stainless-steel reactor with a standard glass window at ambient pressure and under an inert atmosphere. The Xenon lamp flashes, and the whole conversion process is over in just a few milliseconds.

“The relevance of our work is further heightened by the fact that we are indirectly capturing CO2 stores from the atmosphere for years,” says Nagar.

“We have converted that into useful end products in no time using a Xenon flash lamp.” 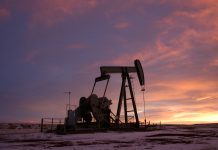 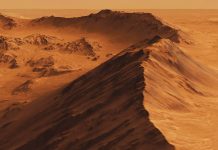 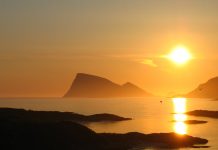