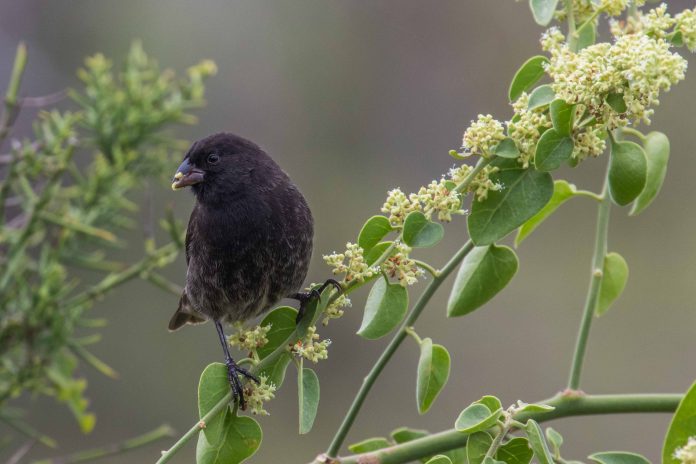 University of Cambridge researchers have found unusual behaviour in Galapagos finches, which are showing signs of fear despite losing their predators over ten years ago

Research published today (20 November) in the Journal of Animal Ecology describes how Darwin’s finches, living on some of the Galapagos Islands, are behaving as if they are in danger.

This is despite the fact that their human-introduced predators have been gone for over ten years.

Why are Galapagos finches so interesting?

The study found that the finches’ fearful responses – known as antipredator behaviour – were sustained through multiple generations after the threat was gone. This continuing response could have detrimental consequences for their survival.

The work by Dr Kiyoko Gotanda, a zoologist at the University of Cambridge, is one of the first studies to look at behavioural adaptations in a species following the eradication of invasive predators. The research focused on one species of Darwin’s iconic finches – the small ground finch, Geospiza fuliginosa. Given their estimated life span, today’s finches are not likely to be the same birds that had originally developed the response to defend themselves from predators.

Gotanda, author of the paper, said:

“These surprising results suggest that whatever influences this fearful behaviour is more complicated than just the presence or absence of invasive predators.”

Why are the Galapagos Islands special?

The Galapagos Islands provide a natural stage to compare different predator situations. Some islands have never had invasive predators, others currently have predators like domestic cats and rats that arrived with humans, while others have had these predators in the past and they have now been eradicated.

This increased antipredator behaviour has been maintained on islands where invasive predators have been successfully eradicated, even though eradication happened eight and 13 years earlier.

“While the mechanism for the transmission of the fearful behaviour through the generations requires further study, this sustained response has consequences for evaluating conservation efforts.

“The time and energy finches spend spooking themselves by fleeing when they are not in danger could be better spent looking for food, mating, laying eggs, and rearing their young.”

Conservation management of species of concern on islands often involves getting rid of invasive predators. Understanding how species adapt their behaviour once predators have been eradicated – and how quickly this occurs – could better inform efforts to support the recovery of a target species. Understanding the effects of human influence such as the introduction of invasive predators could help predict how species respond to rapidly changing environments.

How do humans effect bird behaviour?

When Gotanda decided to look at the effect of urbanisation on finch behaviour, they found that birds were far less fearful as they adjusted to the presence of humans. This is a dynamic that can be seen in birds dwelling in towns and cities, such as the common pigeon, considered a pest.

On some islands the urban finches were even bolder than those on islands that had never seen invasive predators at all.

This could make them vulnerable to threats like invasive predators, which are present in urban areas on the Galapagos. This suggests that the effects of urbanisation on species are strong enough to counteract adaptations to other human influences such as invasive predators.

Why do birds need predators?

When Charles Darwin visited the Galapagos Islands during his Voyage of the Beagle in 1835, he could famously get close enough to throw his hat over the birds. The animals were so unused to humans that they did not see Darwin, a potential predator, as a threat at all. Since then, the arrival of both humans and invasive predators such as cats drove the birds to develop fear, and then fly away at the sight of danger.

Subsequent eradication efforts have been necessary to protect the iconic finches.

This research was funded by the Natural Sciences and Engineering Research Council of Canada (Banting Postdoctoral Fellowship).