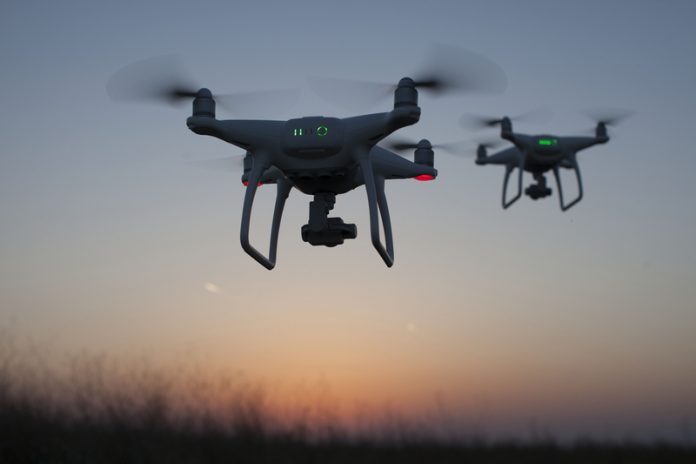 Russian aviation engineers have built a new type of drone which is capable of delivering large amounts of cargo, fighting fires and spraying insecticides and fertilizers

The drones can carry up to 880 pound and can travel up to 220 miles over eight hours.

Everything that the drone does will be recorded on the engineer’s blockchain, SKYFchain.

The team are hoping to crack into the ever growing drone industry which has been recently estimated to be over $127 billion.

Drones as we currently know them, are only capable of carrying small loads. However, the team are hoping that their blockchain-enabled drones will open up the market to accept a heavy duty drone which has been adapted to carry much more.

The blockchain-enabled drones are being produced by OKB Aviareshenia Ltd, a sister company to the British ARDN Technologies – both of which were found by engineers: Aleksander Timofeev and Ilya Rodin.

To finance the project, the SKYF team originally planned to hold an ICO in February to raise $30 million. However, the plans had to be changed since the team raised $6 million and plan to raise $500,000 before the end of the ICO.

Ilya Rodin, SKYF’s GR manager told CoinDesk: “We need a blockchain to create trust between the counterparts: the banks, leasing and insurance companies, drone manufacturers and users, government agencies, licensing bodies, self-regulating organizations, and so on.”

The blockchain will record data that is captured by the drones, including licensing information, flight paths and performance data.

The idea for a blockchain-enabled cargo fleet was born when engineer Dmitry Arsentyev wanted to create a flying motorbike back in 2014.

However, Dmitry alongside a fellow engineer began work on an industrial-style drone which garnered investment and support from FPI.

Despite a relatively slow start, the company are pushing on with their plans for a blockchain-enabled cargo fleet.

It is believed that ARDN, the company in charge, have already created three drones towards the project and hope to have 1100 in the air by 2021.