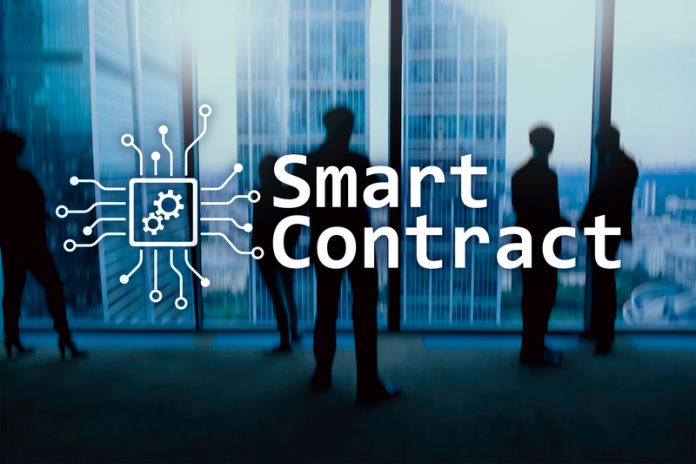 Jacqueline Watts, Senior Associate Solicitor at A City Law Firm, explains how blockchain and smart contracts are new technologies which have impacted the many business functions of different companies across various industries

Technology has substantially impacted the many business functions of different companies across various industries, whether it be payroll systems or company intranets. The areas which have remained fairly stagnant, however, are the processes of bookkeeping and signing contracts. Blockchain and smart contracts are new technologies which have been introduced to change the ways businesses fulfil these functions, bringing them up to speed with modern technology.

In its purest form, blockchain is a shareable electronic ledger which can be continually updated. Its most defining features include being able to transport data on a peer-to-peer basis without the ability to edit or remove previous entries, meaning an accurate log of activities can be retained. The highly sophisticated encryption of the blockchain means that it is an exceptionally secure technology. Given this security and the nature of the ledger, there is no need for entries to be validated by any authority, meaning it is often said that blockchain is ‘decentralised’. It is the blockchain technology which has enabled cryptocurrencies like Bitcoin to exist. Blockchain is by its nature public and all parties can see what has been recorded on the ledger.

Why is it called a blockchain?

The reason behind its name is that the shared database contains ‘blocks’ which are records of transactions. These records are chained together through a common set of rules.

What is a smart contract?

A smart contract is an idea of using the blockchain technology to record and formalise a transaction. Whilst still in its infancy, there are confusingly many different uses of the term ‘smart contract’. However, it is the idea that the ‘rules’ of the arrangement and an accurate log of the transaction will be recorded within the code.

English law does not prescribe a form of a contract. Just as oral contracts can be formed, there is no reason why a contract by code couldn’t be formed. As with all new technology, one has to look at the fundamental legal principles. Importantly, parties signing the contract need to understand what is it that they are agreeing to and what the code will do.

What could a smart contract do?

There are numerous possible uses for smart contracts and their uses are almost endless. The security features and the ability to record all steps in a transaction lends itself perfectly to scenarios where ownership is being transferred. For example, when selling a property, the property ownership could be transferred automatically upon receipt of the cleared funds. Smart contracts can be used to show who has created a product, so there can be little dispute over its intellectual property ownership.

Smart contracts can even be used for paying out insurance policy claims. For instance, there can be a smart contract for a flood insurance policy, linked to data from the Met Office. When the data feed shows the threshold is met, the policy would automatically pay out claims.

What are the advantages of using smart contracts?

It can be cost-effective. If the code works, it can be replicated for similar transactions.

Secondly, the inbuilt security features mean that it is very secure. This is ideal for very large financial transactions where considerable sums may be changing hands.

Thirdly, it is very transparent. All parties will see everything that has happened on a particular transaction. This means, for example, you can clearly track ownership rights such as for intellectual property.

Contracts often have a lot of subjective elements. For example, contracts often use the words ‘reasonable’ or ‘best endeavours’ or ‘good faith.’ This leaves room for flexibility. Sometimes this flexibility is intentional because parties want the contracts to be more relational rather than transactional. The contract is designed to evolve as the parties’ relationship evolves. In that case, smart contracts may not be the best option.

Moreover, smart contracts may not (at least for the foreseeable future) be able to deal with the complexity and the length of some transactions.

A lawyer is still needed!

Despite the wonders of smart contracts, most transactions will still require a lawyer. The reason for this is that the lawyer will still need to assist in negotiating the legal and commercial terms of a contract, advise the client on the law and then take the negotiated deal and convert it into legally binding principles. The only real change is that there may be an additional step. It is possible that the lawyers may have to sit with programmers to dictate what the code has to do. It does not mean that a lawyer now suddenly needs to learn how to code but it may just extend the function of a lawyer.

Further, there is also a lot of discussion over the simplicity of smart contracts and the view that simple language and process will be used to remove what many see as over complicated legal drafted. However, legal language has evolved through centuries of legal cases – each deciding on a very specific interpretation of common and legal language. To dispense with such is likely to only foster more disputes rather than aid in their removal. We would, therefore, urge the careful use of smart contracts where there are significant risks of disputes and ensuring that all legal expressions are used accurately.

However, this technology may eventually remove the need for third parties such as notaries to validate the authenticity of a document.

Overall, the use of smart contracts is an interesting concept and it is easy to see how it can revolutionise the way business is conducted. However, the technology is not yet as developed as needed for smart contracts to become a part of everyday work-life, but there is certainly scope for it to reach that stage.