Home Open Access News Cancer Research News Cancer in Dogs and Humans: How is it alike and how is... 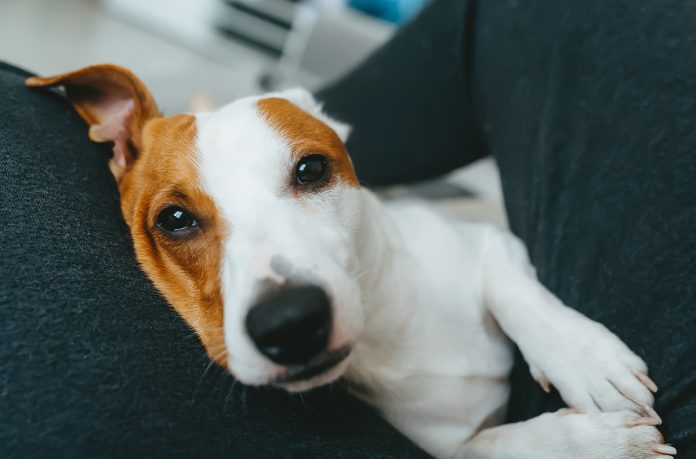 Here, Jaime F. Modiano examines the similarities of cancer in dogs and humans, exploring the idea of a common origin

Cancer recently passed cardiovascular disease to become the leading cause of human mortality across much of the industrialised world. Cancer is widely believed to be the leading cause of disease-related mortality in dogs as well. On the surface, it would be easy to assume this shared and tragic cancer epidemic in humans and dogs was a dark side of industrialisation and modernisation. After all, in much of the developed world, dogs have become integral members of human family units, living with humans in a common environment, sharing histories of lifestyle, nutrition, and environmental exposures.

Although the most common cancers in humans and dogs are different, the idea of a common origin is bolstered by the similar physical and microscopic appearance of tumors that form in the same anatomic locations as well as by the comparable clinical course of these diseases in both species. These similarities have positioned spontaneous cancers of dogs as unique models that can be used to better understand the origin and progression of human cancers and to develop safe and effective treatments.

The comparative oncology approach has yielded many interesting findings, including that the shared reality of cancer in humans and dogs is more complicated than exposure risks associated with modernisation. To understand the cancer epidemic, we must travel far back in time to the emergence of multicellularity. The fossil record documents cancer in animals for hundreds of millions of years. For example, a bone tumor recently identified in a 240-million-year-old turtle fossil supports the occurrence of cancer throughout evolution. This finding is by no means unique and it is probably not the oldest.

Today, cancer accounts for about 5% of deaths in almost every animal species. In the context of evolution, species adapt to a balance of resources, consumption, and lifespan over millions of years. Long-lived species such as whales, elephants, Amazon parrots, great white sharks, and naked mole rats, among others, acquired unique cancer-protective mechanisms: molecular safeguards that allow for innumerable cell divisions while reducing the probability of mutations that are necessary to initiate cancer. Over millions of years, these adaptive, cancer-protective solutions became inexorably linked to the expected lifespan of that species, and the adaptations seem to be as varied as there are species.

Dogs and humans were similarly subject to this selection over most of their evolutionary history. The dog family, for example, split from its last common ancestor about 6 million years ago, and our direct human ancestors split from other hominids approximately 2 million years ago. As they adapted to their respective biological niches, dogs developed an expected lifespan of 2 to 4 years and humans developed an expected lifespan of about 30 to 40 years. Infection, injury, and malnutrition were the most common causes of death for dogs, and infections, inter-human aggression, and accidents were the most common causes of death in ancestral humans.

At present, cancer accounts for about 5% of deaths in people up to the age of 35 and in dogs up to the age of 3 to 4 in developed countries, similar to the overall cancer mortality in the majority of other species. Beyond those evolutionarily-determined lifespan thresholds, the cancer risk increases several fold in people and in dogs. Over the past 200 years for humans and the past 50 years for dogs, the availability of health care, nutrition, energy, social protection, and other such “modern” changes have reduced overall mortality and expanded life expectancies. This has allowed people to live to about 80 years of age (twice our evolutionarily-determined lifespan) and for dogs to live to about 10 to 12 years of age (almost three times their evolutionarily-determined lifespan). Humans and dogs have no mechanisms that can protect their cells from the effects of mutations that occur over these newly expanded lifespans.

To add insult to injury, in both species, but especially in companion dogs, natural selection has been almost completely replaced by artificial selection. There are few natural selective pressures to guide evolution of cancer-protective mechanisms to support our long lifespan. The consequences are obvious. Shattering the evolutionary barriers of longevity without compensatory cancer-protective mechanisms makes dogs and humans increasingly vulnerable.

In all, there are about 700 genes in our genomes where mutations that alter function can promote cancer. We do not fully understand the interactions that occur among the products of these genes, or between these cancer-causing genes and the rest of our genome. But with few exceptions, the catalog of specific mutant genes in tumors arising from the same cell types or tissues in humans and dogs are vastly different. And yet, the molecular programs that characterise these homologous tumors are remarkably similar.

Implications of the similarity

This raises important implications with regards to our efforts to learn from cancers across species. We must account for the glaring differences in causation while continuing our focus on commonalities. Dogs can teach us how expanded longevity overcomes a species’ cancer-protective mechanisms. Moreover, comparative approaches can help us to understand how constraints on the organisation of tumors into specific structures create vulnerabilities that we can exploit to attack or prevent cancer in both species.

Finally, cancer is not inevitable. Even with the risks of replication-induced mutations and longevity, only about 1/4th to 1/3rd of all humans and dogs are expected to develop cancer in their lifetime. It is a bit of a “Russian roulette.”

Incredible breakthroughs have been made in treatments for advanced human cancers, which raises hope for future applications in dogs. Still, the pace of research and progress is slow, and with cancer overtaking all other causes of death in both humans and dogs, alternative solutions are necessary. This has guided our recent efforts to develop robust diagnostic tests that identify cancer signatures before tumors form, paired with interventions that eliminate nascent malignancies. The benefits of a comparative, wholistic approach to guide this process are undeniable. We are convinced that these preventative strategies and others like them will be part of the solution to cancer. We are also convinced that comparative oncology approaches are necessary to continue progress for all species. 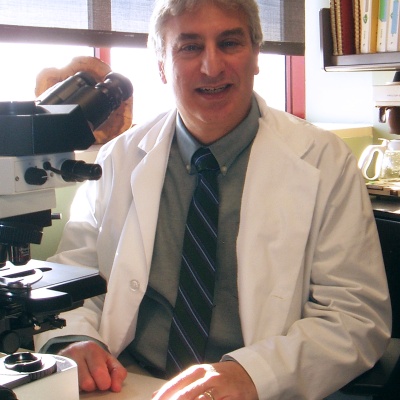