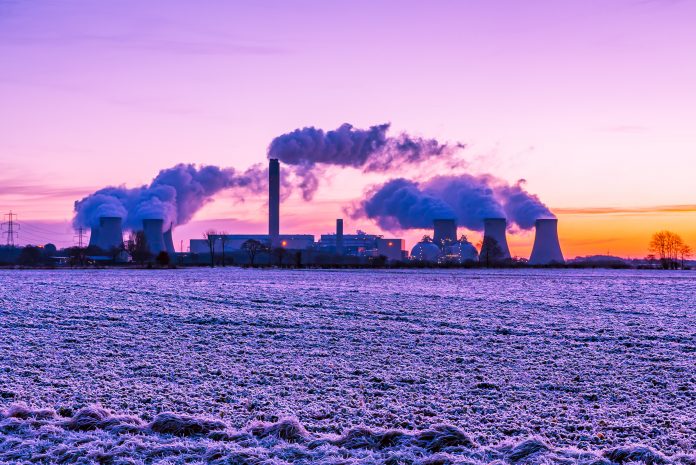 Carbon capture technology is mostly marketed as a beneficial solution to the emission crisis, yet the technology in reality uses too much energy

Carbon capture and utilisation (CCU) is an industrial process, or the actions of making an economically valuable product using CO2 at concentrations above atmospheric levels.

It harnesses carbon dioxide from the emissions in the air and repurposes them as a method to fight climate change, taking emissions from industrial practices, such as steel and cement production, or sectors which burn fossil fuels.

This captured carbon dioxide can be put to productive use – such as enhanced oil recovery, building materials, or be stored in underground geologic formations. However, researchers are now questioning the viability of CCU technology, finding they are not compatible with climate goals.

Leading the way in carbon capture is the United States, followed by other large economies like Australia, Canada, Denmark, and the United Kingdom. Additionally these countries have high expenditure on this technology, as it is at a high cost to store.

Most CCU technology is not Paris Agreement compatible

Published in the journal One Earth, the study analyses the long-term and short-term emissions goals following the Paris Agreement, finding that some technologies which use non-fossil carbon dioxide and store carbon permanently – like CCU – aren’t compatible.

For any technology to be considered compatible with the goals of the Paris Agreement, the IPCC states that it must halve carbon dioxide emissions by 2030 and reach zero emissions by 2050.

Analysing this requirement, as well as looking at CCU’s technological maturity and how close the technology is to being ready for widespread use, researchers found that of the 74 CCU routes reviewed, 8 met the 2030 target and only four were able to reach zero emissions by 2050.

The efficacy of CCU technologies, to reduce emissions through their lifespan, were found to be highly energy intensive. It was noted that the final step of the cycle is the creation of something like methanol, highlighting that the end-product of the CCU technology also generated emissions.

Lead author Kiane de Kleijne, a climate researcher at Radboud University, said: “It sounds really good, right? It’s taking problematic waste and turning it into a valuable product. But we assessed and harmonized many previous studies on CCU, and this showed us that CCU doesn’t consistently reduce emissions.”

De Kleijne Added: “If a technology is not going to reduce emissions by a lot and it’s still very far away from commercialisation, then maybe it is better to redirect funding to technologies that do have the potential of really drastically reducing emissions.”

“In many cases they don’t really reduce emissions compared to the conventional product, so that is problematic.”

Though a few low-emission CCU systems that store carbon long-term are promising – such as the carbonisation of steel slag for construction materials, which can sequester large amounts of carbon – the review cautions that CCU technologies may be a distraction from better, more effective emission reduction options like carbon capture and permanent storage and reducing consumption.

De Kleijne finalised: “In many cases they don’t really reduce emissions compared to the conventional product, so that is problematic.

“We would love to be able to extend our analysis a bit further, because now we have done this assessment for CCU and it’s not looking great. But it would be good to be able to compare it to other alternatives to replacing fossil fuel-based products or services.”

A project which researchers aim to further is better carbon capture. For instance, if the carbon is captured directly from the atmosphere or after combustion of biomass which has sequestered carbon through photosynthesis, utilising atmospheric carbon can lower atmospheric concentrations of CO2. This would be more beneficial than CCU.