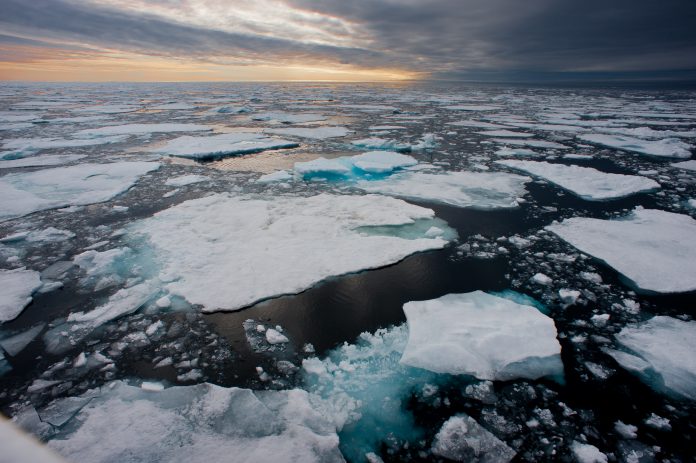 The IPCC released an extensive report on the current state of the world’s climate and the changing planet, but what did it say about the future of our oceans?

Even with ongoing reforms and regulations on our fossil fuel usage, there are events set in motion that cannot be altered – rising sea levels being one.

The nearly 4,000-page report from the Intergovernmental Panel on Climate Change (IPCC) took eight years and over 700 scientists to fully compile. It is the single most comprehensive and cutthroat climate report to date, with IPCC scientists emphasising that at least 83% of ocean surface temperatures will “most likely” warm throughout this century.

The report also reveals the full extent to which humanity is to blame for the “unprecedented” climate emergency. The answer is definitive – “human influence has warmed the atmosphere, ocean and land.”

‘It is unequivocal that human influence has warmed the atmosphere, ocean and land.’

What proves interesting is that 195 governments signed off on the IPCC report, a report that in part blames them for the lack of progression in halting climate change. With the release of this information, a major question is, how will governments around the globe respond?

This landmark report will be a key piece of research considered at the COP26 international climate summit held in November of this year. The report will be instrumental in informing nations on the severity of the crisis and will help inform the discussions on cutting emissions around the world.

UK Prime Minister Boris Johnson noted how the next decade would be pivotal in prohibiting the dangers that continued climate change will bring. Johnson firmly stated the UK and other nations need to ‘cosign coal to history and shift to clean energy sources’.

The UN Secretary-General urged that there was ‘no time for delay and no room for excuses’ – due to the fact that the last five years have been the hottest on record. IPCC scientists urge that temperature spikes will cause extreme damage to our oceans through melting polar ice and rising sea levels. The ocean plays a principal role in controlling global climate and temperature however, it is also hit the hardest by concerning levels of carbon dioxide and other greenhouse gasses.

What part do the oceans play in the global ecosystem?

Our seas provide a prominent role in our ecosystem, producing oxygen for the atmosphere and storing carbon. The ocean also provides a sustainable source of food and income for a large proportion of the global population.

The amount of CO2 in the ocean inhibits the coral reef’s ability to grow and thrive, further impacting its natural ability to hold CO2 and protect the atmosphere, therefore preventing temperature rises. According to the International Union for Conservation of Nature (IUCN), “the degradation of coastal and marine ecosystems threatens the physical, economic and food security of coastal communities – around 40% of the world population.”

Why are the oceans in danger?

With our oceans being such a critical part of our ecosystem and survival, the IPCC has warned of the dangers facing it if carbon emissions are not reduced globally and by a significant amount.

The report has pointed out a number of statistics that should be stark enough to cause some severe policy changes at the COP26 summit. For instance:

With incidents of major flooding across the globe in 2021, the IPCC stated that we can expect to see “continued” sea level rises throughout the 21st Century. These expected changes will no doubt create large scale damage to coastal regions and low-lying areas.

Rising water temperatures also have the capability to disrupt entire food chains and ecosystems, risking the possibility of food insecurity for several countries. The warming waters really risk the health of corals and reefs, which poses a huge risk to marine biodiversity.

IPCC scientists have given governments around the world a clear-cut list of climate causes and effects with human interference at the centre. Now all that is left, is for sanctions to be put in place. There are two more instalments of this report to be expected over the next year covering the impacts of the crisis and the potential solutions.

However, change and sanctions are expected to be put forward at the COP26 summit in November, with this report at the unavoidable centre of discussions and decision-making.