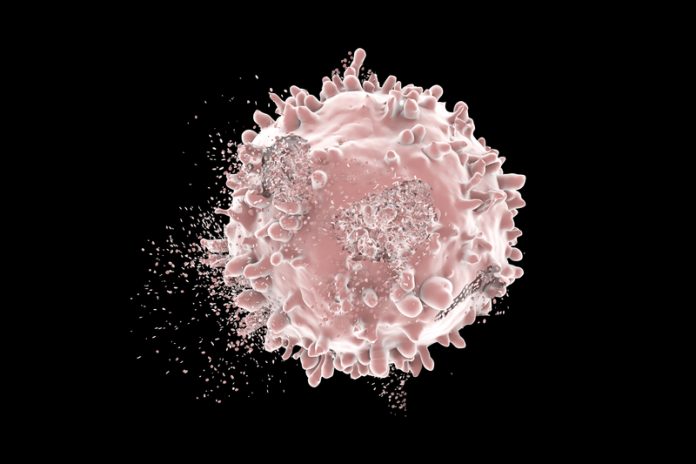 Mohammed Gbadamosi and Jatinder K Lamba from Department of Pharmacotherapy and Translational Research at the University of Florida explain CD33-directed therapy for acute myeloid leukaemia (AML), focussing on current and future perspectives

Acute myeloid leukaemia (AML) is a complex heterogeneous disease characterised by a variety of cytogenetic abnormalities and recurrent molecular mutations and aberrant expression patterns. As the most common and second most common leukaemia in adults and children respectively, many strides and efforts using new technologies and personalised treatment approaches are being undertaken to address and improve therapy surrounding the disease.

However, despite these efforts, outcomes surrounding the disease remain abysmal. In particular, for younger patients, complete remission (CR) rates of greater than 80% are achievable, however, the 5-year overall survival (OS) still remains relatively low at ~40% in comparison to other cancers due to high relapse rates. The outcome is even worse for older patients with five-year overall survival at less than 25%.2 To address these poor outcomes, several targeted therapeutics have become popular additions to the mainstay 7+3 induction therapy.

Among these promising options are CD33-directed immunotherapeutics including antibody drug conjugates, as well as other CD33-directed therapies using newer technology like bispecific T cell engaging antibodies (BiTE) and chimeric antigen receptor T-cell (CART) therapy. The efficacy of these CD33-directed therapies is rooted in the ubiquitous nature of CD33 as an antigen marker present on AML blasts in 90% patients making it a potent distinguisher of AML blasts.3 While its specific biological function is yet to be elucidated, CD33 is a known regulator of various cell processes related to calcium mobilisation, cytokine release and transcriptional activation.4 Additionally, CD33 is internalised when engaged with antibodies thus making it an ideal vehicle for antibody-based therapies.

The recognition of this internalisation mechanism is the inspiration behind many of the ADCs targeting CD33 such as gemtuzumab ozogamicin (GO; Mylotarg™) which recently received reapproval by the FDA in September 2017. GO is structurally composed of hP67.6, a CD33-directed monoclonal antibody, covalently linked to the cytotoxic agent N-acetyl gamma calicheamicin.5 The story of GO in AML has been remarkable, starting with accelerated approval in 2000 based on promising results from phase II studies, voluntarily withdrawn in 2010 due to increased induction death and no observed survival benefit in the post approval phase III study. Despite these setbacks, much has been and still remains to be learned from the story of GO and results from multiple subsequent phase III clinical trials have allowed recent breakthrough re-approval of GO as a low fractionated dose for treatment of AML.6-8

Following GO, several other ADCs directed to CD33 were designed and are currently undergoing development. Vadastuximab talirine (SGN33A) is generated through conjugation the CD33-directed antibody lintuzumab and a pyrolobenzodiazepine dimer.9 Early clinical trials in relapsed AML have shown encouraging results, but unfortunately, due to a higher rate of deaths in phase III clinical trials, all SGN33A studies have been placed on hold. At this time, the cause of these early deaths is not clear, further work will be required before the potential of SGN33A can be re-evaluated for treatment of AML. IMGN779 is another ADC directed to CD33 using a humanised anti-CD33 antibody Z4681A and contains DGN462, a novel DNA-interacting IGN molecule. 10 With encouraging results from in vitro studies, phase I trials are for IMGN779 currently underway. Newer approaches using alpha particle therapy and other radioimmunology-based strategies have also shown encouraging results. 225Ac-lintuzumab, the premiere the therapeutic of this drug class for AML uses 225Ac to generate α-emitting isotopes, which induces a cytotoxic dose of alpha radiation killing AML blasts.11 Promising preliminary results from a first-in-man safety and pharmacology study, as well as preliminary data on the feasibility of combinatorial treatment regimen are currently available.12

CD33 has also been explored for use in the realm of T-cell therapy. AMG330, a CD33/CD3 Bi-specific T-cell engager (BiTE), contains two fused single-chain monoclonal antibodies, which allows AMG330 to simultaneously take advantage of the pervasive nature of CD33 as an antigen in AML and the activation pathway of T-cells through CD3 binding.13 In essence, AMG330 works by recognising CD33+ AML blasts and forming a link to neighbouring T-cells. The connected T-cell then releases proteins, which induce apoptosis of the AML blast. Ex vivo and in vivo studies using patient samples and immunodeficient xenograph mice models respectively have demonstrated effective recruitment of T-cells by AMG330 and significant inhibition of tumour growth. Chimeric antigen receptor T-cell (CART) therapy, using CD33 as a target, is being investigated as well. CART cells targeted to CD33 (CART33) are developed by using a disarmed virus to engineer the T-cells to produce receptors for CD33 on their surface.14 Preclinical experiments have demonstrated potent anti-leukemic activity of CART33, with much excitement surrounding the development of next-generation CART cells targeted to CD33 as well as other strategies surrounding the use of CD33 in CART therapy.

How can we improve CD33-directed therapy?

With a growing catalogue of CD33-directed therapeutics, interest surrounding treatment paradigms utilising CD33 have been piqued (Figure 1). Specifically, factors influencing crucial steps related to internalisation processes, release and activation of a therapeutic warhead, the intracellular levels and DNA binding capabilities of cytotoxic agents, as well as the efficiency of downstream DNA damage repair pathways and apoptotic pathways can play a critical role in defining the therapeutic efficacy of CD33-directed agents.

Expression levels of CD33 have been evaluated from multiple phase II and phase III clinical trials of GO. Previously, in vitro data have shown CD33 expression to be associated with greater GO efficacy; however, results from initial clinical trials in adult AML patients have shown conflicting results with CD33 expression with clinical response. Overall, the relationship between CD33 blast expression levels is inconclusive with follow-up studies needed, however, this information can be used to determine patients should receive CD33-directed agents based on the potential benefit to be gained.

In our group, we have described genetic polymorphisms in CD33 that may be related to the response of GO.15 Through our studies, we have identified rs12459419 (C<T; Ala14Val) as a critical regulator of response. Located in exon 2, rs12459419 is a coding SNP present within four base pairs of the intron/exon junction and impacts the exonic splicing enhancer binding site for SRSF2 resulting in skipping of exon 2. The shorter CD33-isoform (D2-CD33) lacks the IgV-domain due to alternate splicing. Loss of the V-set antibody binding domain has two significant implications: it appears that most (perhaps all) available diagnostic antibodies are directed at the V-set domain, thus carriers of the T allele for rs12459419, would appear to be CD33 negative due to the lack of inclusion of the V-set domain. More importantly, loss of the V-set domain would directly affect the binding, internalisation and clinical efficacy of CD33-directed therapeutics. Altogether, these results suggest that loss of IgV domain due to presence of the splicing SNP compromises GO efficacy and, similar to expression levels, CD33 genotype can be used as a means of stratification to decide patients who will benefit from regimens including CD33-directed therapeutics.

While targeted immunotherapy is still relatively young in the realm of AML treatment, their potential in changing the field forever is palptiable. Ultimately, much more additional research is needed to understand the capacity of these therapeutics, the factors affecting efficacy and the potential limitations that may arise, however, the future for the role of immunotherapy in AML treatment remains bright and propitious. 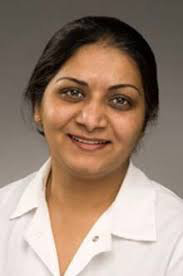 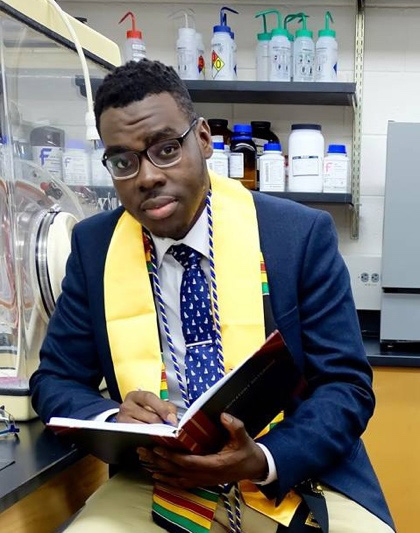