The intent of seeding is to disrupt the natural processes of cloud evolution to alter how precipitation is formed. Here we define precipitation as any type of hydrometeor that reaches the ground, for example, rain, snow, graupel or hail. Figure 1 summarises the possible pathways through which precipitation forms as a guide to the reader.

The two components of the atmosphere that must be present to form precipitation are aerosol particles and water vapour. There is little that can be done to enhance the water vapour artificially; hence, cloud modification is only attempted through changes in the aerosol particle population.

Rain, the liquid form of precipitation, evolves along pathways, as seen in Fig. 1. Small water droplets form on aerosol particles that are composed of material onto which water vapour can condense. These are called cloud condensation nuclei (CCN). To form larger raindrops, droplets must grow to a size where they are heavy enough to begin falling through smaller droplets, collecting them by sticking together, or “coalescing”. These coalesced droplets then fall even faster and collect other droplets more rapidly until as a group they reach the ground as rain.

Hygroscopic seeding is usually done using airborne platforms that dispense the material with various means, primarily with flares such as those shown in the right panel of Fig. 2. Combustion by these flares produces a haze of small particles that are dispersed in the turbulent wake of the aircraft.

Another pathway through which rain is formed starts with the formation of ice crystals, labelled [2] in Fig. 1. As discussed in the next section on snow enhancement, in many clouds whose upper regions are colder than freezing, ice crystals are formed that fall then melt, becoming part of pathway [1].

Note that the rain produced through this methodology not only is a useful form of precipitation to benefit agriculture, but when implemented in regions with pollutants like black carbon or other types of anthropogenic particulate matter, the falling rain will also “scavenge” (collect by impaction) these particles and remove (clean) them from the atmosphere.

The pathway labelled [2] in Fig. 1 shows the formation of ice crystals directly from the attachment (deposition) of water molecules to the surface of aerosol particles that are able to retain these water molecules and grow as ice crystals. These types of particles are called ice nuclei (IN). Note that in this figure, to the left of the pathway [2] there is an arrow from pathway [1] labelled “freezing.” This denotes the freezing of water droplets in sub-zero conditions that then proceed to the pathway [2].

The seeding of sub-zero clouds is the most common method of precipitation enhancement, typically using silver iodide, (AgI) a material not naturally found in the environment, to seed the clouds. This material is used because laboratory studies have shown that water molecules readily migrate to these particle surfaces to form ice crystals that fall and grow by colliding and aggregating. They will then reach the ground as snowflakes or will fall to warmer temperatures where they melt to become rain.

These AgI particles are dispensed from the ground by burning material in generators (left panel Fig. 2) when cloud bases are low, or from aircraft (right panel) similar to the hygroscopic seeding.

Hail is formed when water droplets are lofted, freeze, fall through cloud droplets to form graupel (pathway [3]) and then are lofted again to repeat the process many times until hail stones grow large enough to fall.

To stop the growth of hailstones to damaging sizes, the pathways [1] or [2] must be disrupted by introducing large quantities of CCN or IN to form many small droplets or ice crystals that will remove the water vapour and not allow further growth to graupel or hail sizes.

It is clear from Fig. 1 that the evolution of clouds is complex and that disrupting natural processes is not as trivial as the previous descriptions might imply. Part three of these opinion pieces will discuss seeding challenges, as well as potential pitfalls. 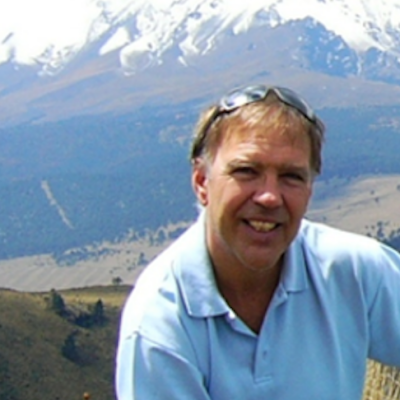 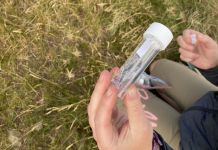