Localising, re-building and increasing financial innovation could aid Africa with its adaptation to climate change in upcoming COP27 discussions

Despite only emitting less than 4% of greenhouse gas emissions, Africa bears the brunt of climate change. As Africa is hosting COP27, its climate adaptation needs must be high on the agenda.

According to the World Economic Forum, African nations could have a bigger impact on reaching global net zero if three significant areas of change are focused on: Localising, re-building and financially innovating.

How is Africa experiencing climate change?

Deadly floods and food droughts have long affected Africa. Just this year, the Horn of Africa has experienced drought and famine and Durban has seen floods that have taken hundreds of lives.

Africa’s minimal impact on carbon emissions reflect the fact that at least 75% of the global population without access to electricity live in sub-Saharan Africa.

Along with an energy crisis, manufacturing and economic development are hindered in Africa forcing them to look abroad for their energy – furthering dependence on outside states which emit more and increase climate change.

In North Africa, where COP27 is being held, hopes of a more resilient future rest upon the climate conference and its net zero ambitions.

1. Localising business and looking to itself

Africa needs to further localise its processing and manufacturing, which will drive down emission-spewing shipments of the continent’s minerals and commodities, as well as reduce Africa’s energy deficit.

While the continent’s minerals and commodities usually go to Asia, they are often only shipped again as finished goods to consumer markets, predominantly in Europe or America.

Africa’s main energy needs are for cooking, with much of the local population depending on firewood for that necessity. As a result, Africa’s vast carbon sinks are threatened by people who depend on forests to survive. Therefore, to save those vital carbon sinks, authorities must provide substitutes, such as liquid petroleum gas (LPG).

While renewable resources are the ultimate objective, the continent needs, in the immediate term, to utilise its abundant reserves of natural gas — in line with the European Union’s recent decision to classify natural gas as a form of energy that can help in the transition away from dirtier fuels.

Luckily, lots of parts of Africa are already at net zero carbon emissions, but with further job creation and economic growth, African countries can then invest further in renewable resources to make the final transition.

As Africa has the world’s largest reserve of metals and minerals needed for batteries, including lithium and cobalt, the continent is a key supplier for the global energy transition.

These metals must be unearthed in a way that minimises further pollution using sustainable mining techniques combined with ecosystems fostering local production centres.

2. Re-building from within and focusing on climate-proof infrastructure

Africa needs to build more climate adaptation methods of defence against current and future climate impacts and weather changes – such as building ocean and river defences as well as agriculture infrastructure that will also aid the development of circular economies which drive growth and job creation.

Re-building of infrastructure from transport to electricity grids is crucial. Africa is the most exposed region to the ravages of global warming, largely because its buildings, roads and power lines are ill-equipped to withstand climate shocks.

Without intervention, the cost of structural damage caused by natural disasters in Africa will increase to $415 billion a year by 2030 from between $250-300 billion now, according to the UN Office for Disaster Risk Reduction.

The world must learn from the devastation inflicted by ever more extreme global weather events – most recently the floods in Pakistan – and increase the flow of financing for adaptation or resilience building.

Finally, financial innovation is the key to ensuring that Africa has access to essential climate funds.

Green bonds are one example. Africa accounts for less than 1% of global issuance, largely because of a somewhat exaggerated perception of heightened risk attached to the continent’s issuers and a consequent lack of liquidity. An initiative to help assuage investor concerns is now underway.

The Liquidity and Sustainability Facility (LSF) was launched at COP26 in Glasgow to provide private investors in African bonds with a viable repo market to boost liquidity, levelling the playing field with equivalent systems in more developed markets. By creating more equal terms for African green bonds, the LSF will help to catalyse private investment in sustainability initiatives at a lower cost.

Carbon trading is another example. Currently, developed world polluters offset emissions by buying carbon credits on African forests and other nature-based solutions for a pittance relative to projected costs of carbon capture and storage (CCS), while billions of dollars of G20 government subsidies pour into unproven technology for CCS.

As a starting point in attaching consistent monetary value through a defined market for carbon trading, African institutions are working to develop a carbon registry for all 16 countries of the Congo basin that will create a common protocol for measuring emissions and issuing carbon credits.

Lastly, there needs to be further collaboration between governments and the private sector through just climate financing, placing more pressure on higher-polluting, developed nations to provide more money for the continent. 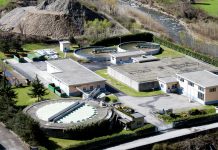 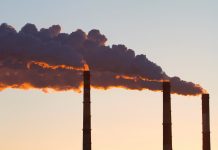 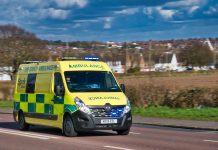 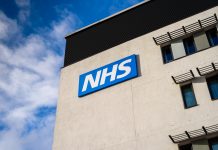 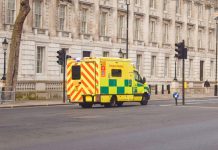