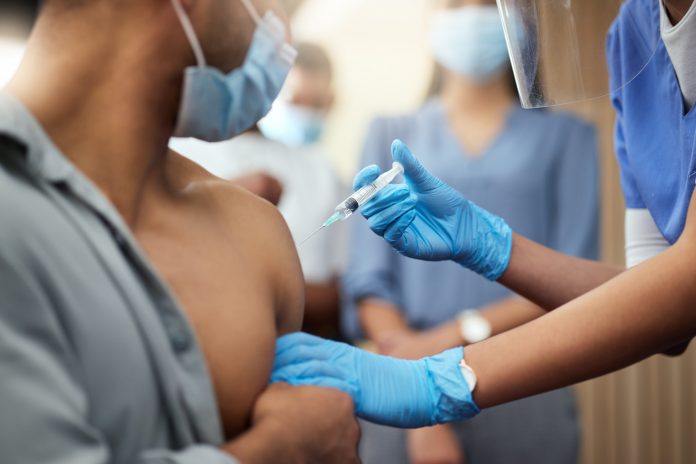 COVID vaccine rollout led to vaccine inequalities in UK ethnic minority groups, with a decline in people’s willingness to take up vaccination

The UK vaccine rollout and other measures to combat the virus have instigated a vast decrease in the level of COVID hospitalisations and deaths witnessed globally. However, there is an existing inequality in vaccinations amongst ethnic minority groups.

Researchers suggest now that the COVID-19 vaccination programme has created more inequality outside of pre-existing inequalities in vaccine uptake and healthcare access amongst ethnic minorities.

The wide inequalities in vaccine uptake between people from ethnic minority groups and white British people are far greater than for the pre-pandemic flu jab, which counters the existing idea that ethnic inequalities in COVID-19 vaccine uptake simply follow previous trends in people’s willingness to take up vaccination.

This study highlights the reasons behind lack of vaccine uptake in ethnic minority communities, providing sound evidence as to why we should not be blaming ethnic minorities for vaccine hesitancy, but instead point out the deadly communication issues existing in healthcare which may alter health biases.

A study by University of Manchester health researchers finds that the inequalities created in COVID-19 vaccine uptake were at least double the size of flu vaccine inequalities for almost half (7/16) of ethnic minority groups.

After modifying their analysis for age and clinical vulnerability, researchers found that people from Arab, mixed White and Black African, mixed white and Black Caribbean, and all Black or Black British backgrounds were less than half as likely to take up COVID-19 vaccination compared to the white British group.

Additionally, this inequality has become deadly as ethnic inequalities were recorded as highest amongst people at the highest risk of severe COVID-19, along with older and clinically vulnerable people, and those living in the most income-deprived areas.

Analysing issues reported in online discussion groups, some people from ethnic minority backgrounds stated that they experience difficulties booking and traveling to vaccination appointments, as well as a lack of official vaccine information translated into additional languages.

A lack of availability was also highlighted as an issue, as COVID-19 vaccines were initially only available at booked appointments in mass vaccination centres – compared with flu vaccines which are available through GP practices and community pharmacies.

Lead author Dr Ruth Watkinson from The University of Manchester said: “We found ethnic inequalities in COVID-19 vaccine uptake are far wider than those seen previously for seasonal Influenza vaccine, and exist even among those recently vaccinated against Influenza.

“Further research and community engagement is needed to build trust and confidence amongst minority ethnic communities, and to better understand and remove barriers to vaccine access.”

Some reasons for vaccine hesitancy and lack of uptake were found on online public discussion groups with diverse members of the Greater Manchester community, including reasons such as lack of trust in the healthcare system, experiences of racism, and appointment hindrances.

“Concerns about potential unknown side-effects of COVID-19 vaccines compared to existing vaccines may have been heightened among people from minority ethnic groups due to their underrepresentation in COVID-19 vaccine clinical trials.

“Additional research is required to further explore the complex social, political and structural drivers and barriers to vaccine uptake which drive these statistics, as highlighted by our public engagement work”

Nicolas Filer, a public contributor involved in the study said: “Especially interesting was the clear exposure of differences in vaccine uptake within different ethnic minority groups and communities within the broader widely used classifications.

“Once the more special needs of some of our community were recognized and responded to by the NHS, their vaccine take up was greatly increased.”

Dr Watkinson added: “Even for healthcare services provided free at the point of use, disadvantaged populations with the greatest ‘need’ for care tend to have lower uptake of services. Residential segregation driven by systemic racism may have resulted in barriers – in terms of journey time and cost – to accessing large, centralised vaccination sites for some communities.

“However, local solutions such as vaccine pop ups and local centres have now expanded vaccine access across Greater Manchester. These innovations, alongside providing culturally-sensitive vaccination options, are crucial for equitable access.”