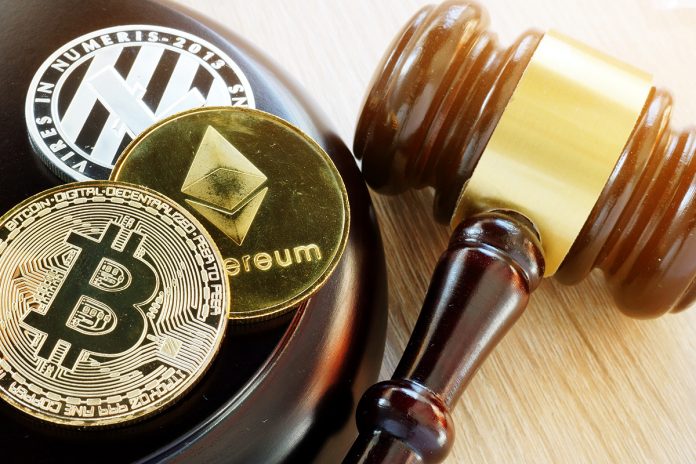 Dr. Paolo Tasca and Professor Tomaso Aste from the UCL Centre for Blockchain in London, share their expert views on crypto assets and the regulator’s role in this vein

The increasing development of new industries and inventions has always fascinated jurists: the field of new technologies has been a fertile ground for scholars to address legal issues ever since the advent of digital technologies and it has inevitably led to the intertwining of technology and regulation.

Regulation is about altering the behaviours of others with the intention of producing a specific outcome (Black, 2002) and when it comes to new technologies, the outcome is always that of avoiding the perceived risk a given technology may cause to society (Yeung 2017). The more the perceived risk is believed to be contagious, the more the regulatory action will be invasive. However, the human perception of risks is reasonably influenced by the current state-of-the-art knowledge surrounding a given technology, and it is at the same time, depending on its development: the newer the technology, the higher the perceived risk. Therefore, it is fruitful to analyse every technology’s regulation through the lens of the technology-life cycle model which builds upon the theory of the product lifecycle.

During the first stage, known as the introduction stage (Yoo, 2010), a company launches a new technological product but, due to the initial small size of the market, the legislative authorities often ignore it. Bitcoin is a notable example of this phenomenon: although today authorities are focusing more extensively on Bitcoin, at its inception they were fully unaware of its existence since it was small in size and mostly used as a mean to perform transactions in the Dark Web (Tasca et al., 2016). In this phase, regulators tend to be sceptical towards the technological progress and firstly, they approach the new technology without sensing that they may need to be specifically regulated or controlled.

When the cycle reaches the growth stage and the market starts making room for the new product, legislative authorities usually ignore it until it starts posing regulatory issues. When the product shows potential risks for social justice and (traditional) markets dynamics, authorities step in (Yeung et al 2007). The European Banking Authority (EBA), for instance, issued several warnings to inform consumers on the risks related to trading cryptocurrencies and discouraged banks from accepting them (EBA Opinion on virtual currencies, 2014). At this stage, regulators are in listening-learning mode and instead of passing strict legislations, they typically prefer a “sandbox approach”, which leaves space for experiments in the development of new products or services. This allows regulatory bodies to determine whether they need to create new rules and to adapt pre-existent ones. Notable are the regulatory sandbox initiative by e.g., the Canadian Security Administrators (CSA) or the UK Financial Conduct Authority (FCA).

Conversely, the European Central Bank (ECB), while acknowledging that the regulatory vacuum of virtual currencies may favour criminals, did not believe necessary to complement the current European framework with a specific regulation (ECB Virtual currency schemes 2012, 2015); a view shared by the EU Parliament so far, which has not adopted any resolution yet on the matter but instead created a European blockchain observatory.

As the technological artefact reaches a systemically relevant market share – the maturity stage – the legislator has either provided it with soft regulations or tried to fit it inside a “pre-existing regulatory matrix” (Bennet Moses, 2013). That is what happened in June 2017, with the Security Exchange Commission’s (SEC’s) report on Decentralised Autonomous Organisations (DAOs). Whatever dumbfounded reactions one may have had, the SEC made it clear: depending on the facts and circumstances of each individual Initial Coin Offering (ICO), the virtual coins or tokens that are offered or sold may be securities. And so, if they are securities, the offer and sale of these virtual coins or tokens in an ICO are subject to the federal security law.

However, not only this approach does not render justice to the specificity of each project, but in most cases it proves unsuccessful. In fact, technology regulation inevitably faces the challenge of “regulatory connection”, namely “the mismatch between current laws and regulatory approaches”, as the latter were intended to shape a technological scenario that belongs to the past and is no longer existing (Brownsword, 2008). This pacing issue is mainly due to the Collingridge dilemma (Collingridge, 1980), according to which regulation is problematic both at an early and at a later stage of technologies’ development. In fact, in the first stage uncertainty makes regulation hard, whereas and in the second stage, the reached market share makes regulation excessively expensive. This is also the case with nanotechnologies: as some scholars have pointed out, by far it is unlikely that the current patchwork of regulations, which is several decades old and it was thought to tackle the issues raised by the last industrial revolution, will be able to successfully deal with the forthcoming scenario (Wardak, 2006).

Similarly, if financial regulation does not keep the pace with the ever-increasing development of the crypto-space, distributed ledger technologies may be left alone to regulate themselves in what someone called “The Wild West of Cryptocurrencies” (Singh, 2015). Notwithstanding the SEC’s approach to utility tokens, for example, new DAOs projects have arisen that tend to circumvent financial regulation. Hence, it is not surprising that regulatory authorities are increasingly scared that new technologies may have a microseeds-terminator-effect (The Economist, 1999), forcing their users and the entire market to be locked under their rules once they’ve been adopted. And it is not surprising either that public authorities in most cases tend to fiercely react with top-down rules that shut down a new technology product. That is what happened with the ban of ICOs in China and South Korea, which ended up in considering those operations as a potential threat to financial stability and capital control. In this sense, regulators risk falling in the trap of safeguarding safety by killing innovation.

In conclusion, there are three different attitudes of regulation corresponding to the stage of development of a technology. Initially, regulators ignore technologies; when they cannot do it any longer they step in cautiously; and finally, when the perceived risks for society overweigh the overall benefit for it, they ban or heavily regulate technological artefacts and their applications. In so doing, they contribute to the last decline stage of a technology – the fourth phase of the cycle – until a new technology reborns from ashes.

Even if blockchain technologies have not reached their maturity stage, some regulators have started to take serious actions to prevent risky and contagious effects. The community of blockchain innovators must become more aware of the “ignore, regulate or kill it” 3-stage regulators’ approach to innovation and prevent to end up in the third stage by coordinating development actions with the regulatory body before it will be too late.