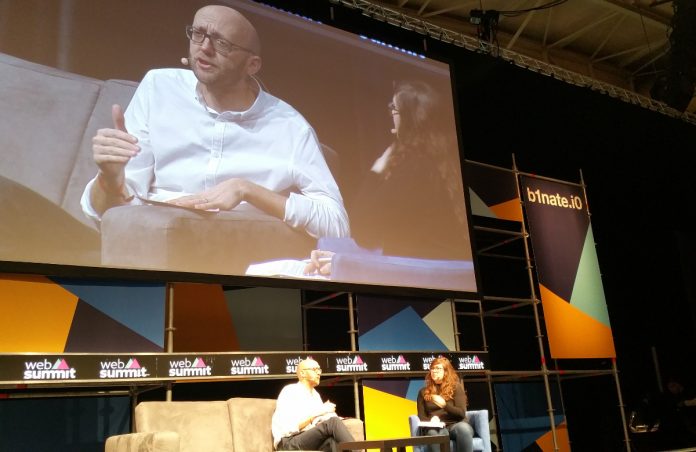 A panel at this year’s Web Summit in Lisbon on Wednesday discussed how data is enabling governments to plan for – and even predict – the future, as well as opening up new opportunities to improve services for citizens.

In the UK, the Government Digital Service (GDS) has been working on digital transformation for five years now, a role which has included the construction of GOV.UK and building interventions to help colleagues across central and local government deliver better digital services for citizens. Andy Beale, as the UK Government’s Chief Technology Officer, has played a pivotal role as lead of the technology group within GDS for four years.

“We can’t talk about the digital transformation and not talk about the Cloud,” he said at Web Summit, in conversation with The Telegraph’s Cara McGoogan. “It has the potential to lower the cost of change. Government is very good at making it difficult to change, but we’re trying to get away from that; we have to be more adaptable and Cloud infrastructure makes it easier and cheaper to change.

“The way we have to work to harness the opportunities that data brings is about joining up different skills within groups, and bringing the data science community together with statistical analysis experts.”

Data is not magic, he stressed – it needs people to carry out analysis in order to be useful. Data is a way of gaining insights. Beale highlighted the example of the government’s plans for school-building, and the use of data (including sources not necessarily owned by the government) to determine the best sites for the 500 new free schools promised by the Conservative government by 2020. Another example he cited was the GDS’s collaboration with the Pensions Regulator, where machine learning is being used to predict which pensions might not perform in future in order to protect them.

Beale was originally to be joined on stage by Ted Bailey, founder and CEO of Dataminr, a company which has developed technology to analyse public tweets and other publicly available data to deliver early alerts for breaking news and events. Although Bailey was absent on the day to discuss the use of information gleaned from social media, Beale mentioned the use of Twitter data by food safety experts to track possible outbreaks of norovirus and target food outlets that looked likely to be involved in its spread.

When questioned about the ethics of using citizens’ publicly available social media posts and other personal data, Beale stressed the importance of an open relationship between government and citizens.

“Government should be a trusted source of data and a trusted user of data, but there is a certain amount of mistrust,” he admitted. “That’s why a core tenet of the GDS approach is to work in the open.”

Attending events like Web Summit, he said, and talking publicly about the use of data in digital governance, are key to building trust.

The hardest challenge to overcome on the digital journey is, ultimately, culture, Beale concluded. Organisations generally tend to want to carry on the way they are, and people whose jobs are disrupted can feel defensive. Meanwhile central government is more used to – and therefore more comfortable with – paying £10 million for a product or service from a big company than paying £10,000 to a smaller company, he suggested.

On the subject of his recently announced resignation – the latest in a long line of departures from the GDS – Beale said that Data science is vitally important to good governance. He downplayed reports of problems within the GDS, saying that the agency is “in rude health in many ways”.

“The government is doubling down on digital transformation as a way to engage with citizens and improve services,” said Beale, calling Ben Gummer, the Cabinet Office minister now responsible for government’s digital strategy, an “amazing advocate”.