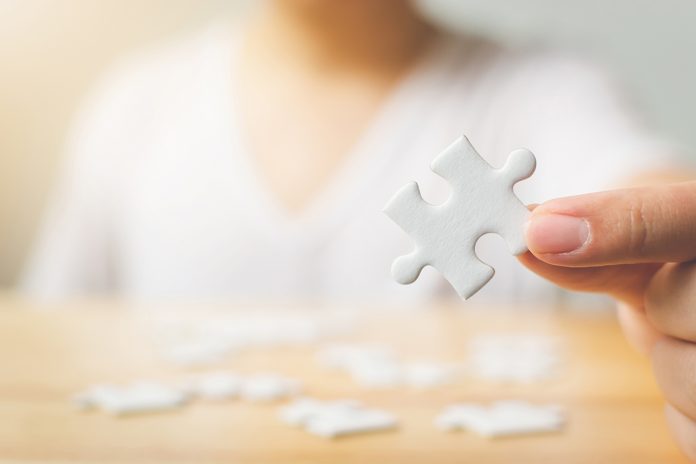 Shinichi Tokuno from Voice Analysis and Measurement of Pathophysiology, Department of Bioengineering, at the University of Tokyo, shares with us what we need to know about the detection of cognitive impairment with the benefit of voice analysis technology concerning the ageing of people globally

In response to the ageing of the global population, in 2017, the World Health Organization (WHO) published Integrated care for older people (ICOPE): guidelines on community-level interventions to manage declines in intrinsic capacity. Also, Kanagawa Prefecture, which, at 9 million residents, is the second-most-populated prefecture in Japan after Tokyo has announced an ME-BYO Index based on the same concept as intrinsic capacity (IC) to visualise where individuals locate themselves on the ‘health–illness’ continuum. IC consists of five domains: Vitality, Locomotor, Cognition, Sensory, and Psychosocial. The ME-BYO Index has four domains: Lifestyle, Cognitive Functions, Vital Functions, plus Mental Health and Stress.

The Mind Monitoring System (MIMOSYS) that was introduced in the January 2020 issue of this Journal has been adopted in the domain of Mental Health and Stress of Kanagawa Prefecture’s ME-BYO Index as a stress/depression detection and monitoring system. We also introduced the achievements of our research at the WHO Clinical Consortium on Healthy Ageing Meeting 2019. It seems that the concept of the ‘voice biomarker’ has been recognised and begun to come into use in society.

As stated previously in this series of reports, research intended to find ways to use a person’s voice as a biomarker to detect various diseases has been quickly conducted by researchers in diverse fields. Examples include its application to the early detection of laryngeal cancer and to Parkinson’s disease. Another example is one that we introduced: its application to mental illness and neurological disease. The problem of the ageing society seen in recent years has been accompanied by growing expectations that it will be possible to detect cognitive impairment through voice analysis.

In fact, we have shifted the major goal of our research from detecting depression or stress to that of the detection of dementia. We have attempted to create a voice index for the experimental detection of dementia based on a variety of acoustic features by a method using general iterative multiple linear regression. We obtained the results of a Mini-Mental State Examination (MMSE) of 20 patients examined at the outpatient department for the treatment of dementia at a cooperating hospital and also obtained recordings of the voices of the same 20 people. We applied all the data collected as training data. The results have revealed that, as shown in the figure, the index prepared closely correlates with the MMSE scores. 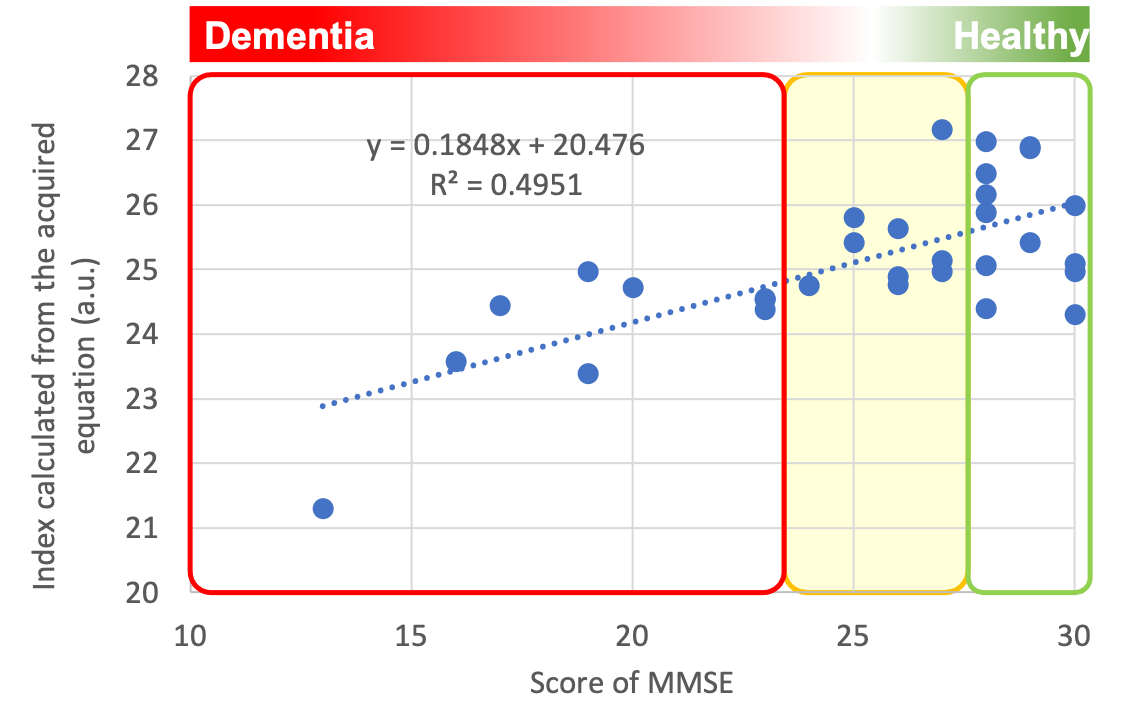 Based on a MMSE, it was found that a score of 23 points or lower indicates possible dementia, while a score from 24 to 27 suggests mild cognitive impairment (MCI). As the figure shows, the index prepared demonstrates good judgment capability in the normal range of 28 points and higher and the suspected dementia range of 23 points and lower. In the normal and suspected MCI range, judgement was difficult — as presented at the 40th International Conference of the IEEE Engineering in Medicine and Biology Society (EMBC2018).

However, concerning the treatment of dementia, only methods of slowing its progress have been developed, requiring early detection at the MCI stage to block its progression into dementia. Therefore, we are researching to determine whether it is possible to detect MCI by a method other than that of iterative multiple linear regression. Alternatively, we are also performing research to determine whether precision can be improved by combining the index with another locomotor index, such as that of walking. We are now analysing data, such as voices, cognitive function examination results, and locomotion, of 1,100 older people. We expect to report the results soon.