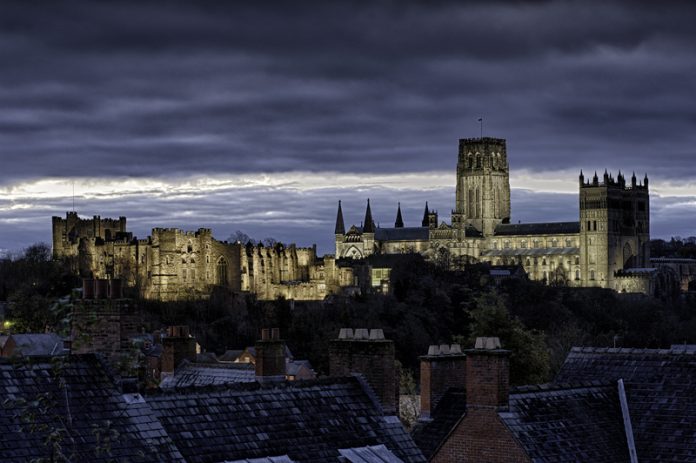 Localis’ recent report, ‘In Place of Work’, paints a challenging picture for growth in England’s county areas. It identifies three main issues that, Localis argues, threaten national prosperity – Brexit, automation and a shrinking skills base. Further to this, the analysis also revealed that rural county areas account for nine-out-of-10 locations most at risk from these ‘threats’.

Importantly, the project showed that while automation may have a small impact in Gloucestershire, it is a real issue in County Durham, where one in ten local jobs are in manufacturing – the fastest growing automation industry. A blanket approach to dealing with these problems will not suffice; instead, Localis argue the importance of ‘place’ rather than centralism, with solutions tailored to each area’s specific strengths and weaknesses.

At the same time, getting a grip of fluctuating workforces and future technological advances are paramount. In some areas, one in ten jobs are in manufacturing – the industry that is seeing the most significant automation. We need to tackle these challenges now and ensure that people have the skills to do the jobs of tomorrow, regardless of age.

The report makes a persuasive case for strategic authorities to ensure that local areas have the ability to deal with these issues head-on and develop local labour market strategies. In county areas, these ‘strategic authorities’ should be led by the county authority; with a major focus on ‘place’ rather than centrism.

The County Councils Network (CCN) advocates this approach and many of the foundations of these strategies are already in place in our counties. Counties know their economies intimately and are embedded within them; they have the scale and expertise to bring together and influence local education providers and businesses in both the public and private sectors and to engineer real change for local people.

In this sense, counties are already delivering. My own county of Durham is carrying forward a ‘Durham Works’ programme which has engaged over 3500 eligible participants, two-thirds of whom have progressed to employment, education or training.

Elsewhere, Suffolk’s ‘Raising the Bar’ strategy is targeted at increasing local skill levels and in Kent, the county council’s apprenticeship website acts as a one-stop shop for apprentices and employers alike.

But while initiatives such are producing good results, empowered counties could do so much more. Building on existing strong relationships, this report argues for further powers to be devolved to strategic authorities; to better match skills with demand, to shape the new apprenticeship levy, to convene employer guilds and to take control of local adult education budgets.

The government’s Industrial Strategy, published just a few weeks after this report, made some headway on these agendas – proposing to devolve adult education budgets to the six mayoral combined authorities and recommending that Local Enterprise Partnerships (LEPs) lead local industrial strategies.

From a county perspective, whilst these proposals are imperfect they are workable and importantly, display an important change of emphasis away from the centrism of the initial strategy, published in January, to a more local approach.

Whilst CCN has argued that county authorities, as strategic authorities, should be leading these local industrial strategies, as they contain both accountability and deep knowledge of their local economies, many counties work well with their LEPs and a strengthened, joined-up approach between the county council and business could reap rewards.

Importantly, the UK government has also committed to reforming LEPs’ remit, accountability and geographies. Many LEPs overlap county boundaries; it makes sense from both a business and community point of view to re-align these as close as possible to county boundaries, which are instantly recognisable to all and are shared with many other public services.

The UK government should also consider devolving local adult education budgets to counties; it is unfair that the six metro mayors will receive the benefits of this approach when a large proportion of the county (over 60%) will not have this benefit. The argument becomes more pertinent when you consider that county areas are the ones who are projected to be most adversely affected by automation and skills shortages – the very things devolved adult education powers could influence.

If we are to truly grasp the nettle locally and ensure we can deal with the issues that imperil the country’s future growth, a skills renaissance is needed. Counties must be at the heart of this – either as strategic authorities or through a strengthened role working alongside the business community.

A spokesman for industrial strategy & growth