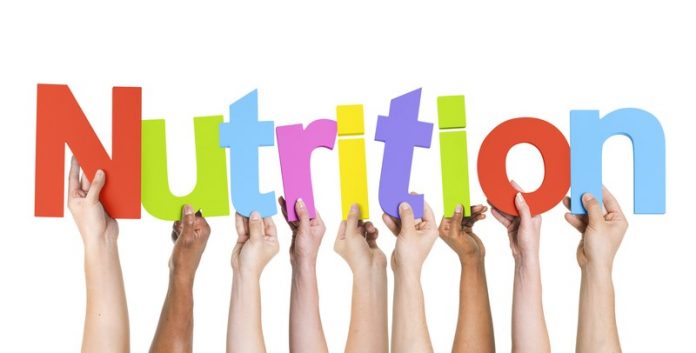 This last century has seen a remarkable transition from the leading cause of death worldwide being communicable (infectious) diseases to those that are non-communicable (non-infectious), which now account for around three-quarters of deaths globally. The term ‘non-communicable diseases’ describes a diverse group of conditions that can affect health in numerous ways, but which are unified by common risk factors. Topping the list are poor diet and smoking. Poor diet alone is a risk factor for one in five global deaths (1).

Advances in science and technology and socio-economic and political changes this last century have had a major impact on the way food is produced, processed, distributed and sold, and our eating habits and diets. At the same time, nutrition scientists have been acquiring, organising and communicating evidence about the relationships between our (changing) diets and health.

Nutrition is a multidisciplinary science and those working in the area tend to use a title related to their research approach; they are epidemiologists, biochemists, biomedical scientists, geneticists, behavioural scientists, physiologists and so on. Nutrition scientists are all interested in the relationship between diet and health but study different aspects of this relationship, at the cellular, physiological, behavioural and population levels and use techniques and tools developed within their discipline that are appropriate for their research questions. This multi-pronged research approach gives rise to a wealth of information that can be pieced together to give more complete answers to the big questions about what relationships exist between diet and health and in whom, why these relationships occur and how these can be modified to improve our lives.

In the first half of the 20th century, advances in biochemistry paved the way for establishing the roles of essential vitamins, minerals, amino acids and fatty acids in health. In the final decade of the 20th century, evidence emerged from both epidemiological and biochemical studies that other dietary compounds, which are not stored in the body and not essential for biological processes, can also impact on health.

Polyphenols are one such group of compounds. These are found in plant foods and beverages, most notably in fruit, vegetables, tea and coffee and thought to exert health benefits by fine-tuning cell functioning and protecting against oxidative stress. Evidence from a number of disciplines indicates that polyphenol-rich foods and beverages protect against the development of non-communicable diseases (2). For example, there is good epidemiological evidence that the relative risk of developing type 2 diabetes is reduced by ~8% for each cup of coffee consumed per day (up to 6 cups) (3). While the evidence base on polyphenols and health has expanded significantly in the last 20 years or so, it is not yet sufficient to develop dietary recommendations on the types and amounts of polyphenols that can reduce disease risk, but this is a hope for the future as it will facilitate public health actions to increase intake of these important compounds.

Research into how diet affects heart health illustrates the depth of understanding that can result from a multidisciplinary approach. Many scientifically robust biochemical experiments, epidemiological studies and biomedical randomised controlled trials together link high saturated fat intake to increased risk of cardiovascular disease, via its effect of raising blood LDL-cholesterol levels (4), but this relationship is not necessarily corroborated by some studies (5). Thus, a simple narrative does not fit the totality of the evidence base: it requires more explanation than ‘saturated fat is bad’. What we are now beginning to understand is that whether or not the risk of cardiovascular disease is reduced with lower intake of saturated fat is dependent on what saturated fat is replaced within the diet, which types of saturated fats are consumed and the presence of other nutrients/compounds in the food matrix that contains the saturated fatty acids (6, 7). The challenge for nutrition scientists is to communicate nuanced and complex scientific findings in a consistent and accessible way and to be heard over the self-appointed nutrition experts.

The relatively recent advance in the understanding of diet-health relationships with arguably the most potential to improve public health is the idea of ‘fetal programming’ (8). This is supported by epidemiological evidence showing that maternal bodyweight and diet quality pre-conception and during pregnancy impacts on the risk of the offspring experiencing ill health, including cardiovascular disease, obesity, type 2 diabetes and some cancers, in adulthood (9). Evidence for the fetal programming hypothesis is convincing and epigenetics processes – heritable changes to the expression of genes without changing the DNA sequence itself – are likely to explain these effects (10).

This evidence base indicates that increased efforts need to be placed on early preventative interventions that not only support good nutrition during pregnancy, but also before conception. With more than half of women of child-bearing age in the UK overweight or obese, the challenge of improving maternal nutrition is considerable; but the long-term health benefits to be gained from setting children on a healthy trajectory from the very start of life are many (11).

Improving human health (and therefore lives) is at the heart of nutrition science. Progress in knowledge about the relationship between diet and health will have little impact on people’s lives if we are unable to encourage healthier eating. Behavioural science emerged as a new approach to the study of nutrition in the last decades of the 20th century and has shed light on the eating behaviours that determine the amount of energy and types of nutrients that people consume (12). It is these insights, together with knowledge about the biological basis of diet-health relationships, that will lead to dietary changes needed to reduce the unprecedented rates of non-communicable diseases seen this century.

7 Astrup A, Dyerberg J, Elwood P et al. (2011) The role of reducing intakes of saturated fat in the prevention of cardiovascular disease: where does the evidence stand in 2010? The American Journal of Clinical Nutrition, 93(4):684-688