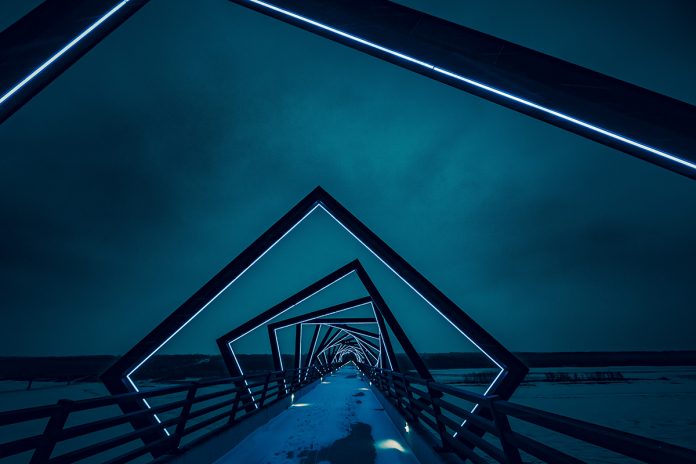 Professor Samer Hassan, explores how blockchain has the potential to help sharing economy projects to overcome several challenges they face at infrastructure, governance and economic levels

The sharing economy has experienced significant growth in recent years and is estimated to reach $300 billion in 2025. This growth has been accompanied by a number of challenges at different levels.

At the infrastructure level, sharing economy platforms are centralised and concentrate massive amounts of user data, often making surveillance their business model. At the governance level, communities have no say in the decision-making, since only the platform owner decides how the platform evolves. Finally, the sharing economy markets are owned by just a few major industry players, which appropriate the value created by the communities, without redistributing the profits with their users.

Samer Hassan, Faculty Associate in the Berkman Klein Center for Internet and Society at Harvard University, and Associate Professor at the Universidad Complutense de Madrid (Spain), is the principal investigator of the P2P Models project. “The P2P Models project aims to create a new generation of sharing economy platforms powered by decentralisation”, says the Professor, who has studied communities and decentralised systems for a decade.

Commons-based peer production (CBPP) communities could contribute to a powerful perspective to sharing economy as it is understood today. CBPP is an emerging innovative model of production characterised by peer to peer collaboration for the creation of shared resources, which are freely accessible and reusable by anyone.

Different experiences of CBPP communities such as Wikipedia, free/open source software, or Couchsurfing, provide radically differing values and practices when compared with those in markets. CBPP communities show us how cooperation can triumph over the competition.

The experience of these communities offers an interesting perspective to tackle sharing economies’ challenges, as they propose common ownership over appropriation of value, and participatory production and governance models over corporate control.

Blockchain technology could bootstrap the transformation of the sharing economy, providing a decentralised technology to challenge current centralised monopolies, and building decentralised governance and value distribution tools we could not have imagined before.

CBPP communities have three main characteristics which are: decentralisation, as authority resides in individual agents rather than a central organiser; the use of open-access shared resources; and the prevalence of non-monetary motivations.

These three characteristics of CBPP are aligned with blockchain features. First, both CBPP and blockchain strongly rely on decentralised processes, thus the possibility of using blockchain infrastructure to support CBPP processes arises. Secondly, the shared resources in CBPP are aligned with the shared ledger present in blockchain’s infrastructure, where data and rules are transparent, open and collectively owned. Finally, as previously mentioned, CBPP relies on multi-dimensional forms of value and motivations and blockchain enables the emergence of multiple types of non-monetary interactions and rewards (sharing, voting, reputation, etc).

Such an alignment leads us to think that blockchain could facilitate coordination, scaling up, or sharing of different forms of value amongst communities in an interoperable way. David Rozas, a social researcher (PhD in Sociology) and computer scientist (MSc and BSc in Computer Science) at P2P Models, thinks that “Decentralised technologies are a thrilling arena to experiment with cooperative dynamics. They could provide means to increase transparency, facilitate coordination or make visible forms of value which have been traditionally ignored”.

Blockchain can also enable new value distribution models, including the distribution of a token that can be exchanged for real goods and services. This may improve the economic sustainability of both contributors and communities.

Tokenization as a multi-purpose tool

The rise of blockchain-based crypto­currencies is a product of “tokeniz­ation”, i.e. blockchain’s unparalleled facility for the creation, transfer and management of tokens in a distributed manner. This process of tokenization facilitates the distribution of value and incentives. Furthermore, such tokens may be used as more than holders of monetary value: they may represent equity, decision-making power, property ownership, or access permissions.

Thus, blockchain capabilities, such as tokenization, enable the encoding of governance rules into code deployed in the blockchain. This enables communities to readdress latent power relations. This implies an exercise within the community to specify its internal processes and tasks to be carried out, including traditionally invisible tasks. That is, caring tasks such as emotional labour, conflict management, maintenance, or events organisation, may be visibilised and acknowledged by the community – along with those undertaking such tasks.

Silvia Díaz Molina, P2P Models anthropologist specialised in gender studies, underlines that “one of the block­chain’s most interesting characteristics when talking about communities and power balance comes when automatizing processes and encoding rules in the software. Since communities must then discuss every process and every task, this makes all the power dynamics explicit. If the whole community is involved in the creation of the tool, even the most forgotten tasks, like the caring tasks, will come to the surface”.

We strongly believe that the combination of CBPP and blockchain provides an exciting field for exploration. However, “we should be careful with the blockchain hype and be critical with the dominant techno-determinist discourses surrounding the crypto-world” adds Rozas.