Amidst the political and economic turmoil in the UK, Paul Frainer, Director of the Institute of Economic Development (IED), issues a few timely reminders on growth and economic strategy

Earlier this year I chaired an IED webinar, “Good growth – how do we look beyond GDP to support the charge to net zero?”. With the original passing of Kwasi Kwarteng’s mini-budget, and now the new Chancellor’s subsequent changes announced for economic strategy in October, it seems like a good time to summarise some key points we discussed on that webinar as they resonate with much of the discourse that followed.

Growth as a word is a dangerous ‘catch all’

Having worked in areas subject to high growth there are real sensitivities in how the term is used. Perceptions can be really problematic as we often conflate population growth, development and economic metrics such as GDP into one single issue.

This can be hugely delicate, especially in areas subject to lots of housing development due to high labour market movement, as people often suffer issues such as over-capacity infrastructure or social or environmental issues when policy planning has not kept up with the dynamism of change in that location, which is then often exacerbated by squeezes on public services as a result. The result is opposition to blanket development, much of which is needed but seen alongside unscrupulous profit-based development driven by unregulated markets.

There are also embedded system issues involving public institutions, markets and supply chains, and national policy which are more complex than can be discussed here. However, we are in a housing crisis, especially in these areas, and often those in the most need of accommodation are those who are unable to afford the vast majority of houses being built.

Unfortunately, conflation of the term growth is used on both sides of the argument. Economic development outcomes are not the same as what economic libertarians term growth; strong healthy economies require shared prosperity and opportunity, and this requires economic strategy and social development, not deregulated growth.

Deregulated growth based on essentially singularly measuring success on GDP output is damaging and neoliberalism has done more damage to social cohesion, public institutions and the environment in the last three decades than is often apparent (ironically to huge economic cost – think about the 2008 banking crisis, bailouts, environmental catastrophes and so on).

Local government as the ‘burning platform’

Obviously the big one from my perspective, but this is relevant in the context of all public sector institutions. Local government is absolutely key. An alignment of local policy and redesigning public services could, and should, be game changers in economic strategy, improving local economies and more importantly, navigating us through the current economic crisis and cost-of-living fallout.

Amongst the big worries coming out from our newly-formed government is the subtext around pulling back on further devolution. It would be hugely concerning to see the watering down of ‘levelling up’ as the benefits of a more distributed autonomy in local economics would be incredibly powerful, although caveated with the need to ensure local government reorganisation with citizen-centric organisational design principles being applied and accounted for properly in transformation programmes.

Aside from this, local authorities have been hammered over the last 10 years of austerity which often means they are only operating at failure demand level both in terms of service design and policy. In addition to the problems that large legacy institutions have such as out-of-date organisational structures, creaking digital architecture and difficult to navigate bureaucracy, they do not have the resources and horizon-scanning ability to evolve on their own.

The major worry is that even with only the renewed pressure on services from the current cost-of-living crisis, let alone the possible exacerbation of these issues from the new government’s fiscal direction, this will be the straw to break the camel’s back and I fear we will see some councils dropping off the cliff financially in the coming months.

In my day-to-day role at TPX Impact, I am seeing the type of support we provide our local government partners shifting to acknowledge this with many recent projects that specifically are looking at dealing with poverty, inequality and cost-of-living issues increasing in both interest and number. However, the number of councils with either the head space or organisational maturity to be pursuing these types of interventions are still limited and in the minority. These are not just nice to haves as increasing poverty is not just unacceptable from moral perspective, but also the cost that will need to be shouldered by the public purse will be in the billions (see calculations from a 2016 report by the Joseph Rowntree Foundation).

Costs of poverty — at a national level

For context, if you compare this back to an average council area and the percentage of those currently living in poverty at 10%, even a ‘back of a cigarette packet’ calculation of 10% gives you between £5-20 million in lost tax revenue, and £1-10 million in additional benefits, without even looking at indirect costs associated with housing, homelessness and health. This highlights the abject failure of current government policy to understand the macroeconomic interplays of the 21st century (Mariana Mazzucato wrote about this over 10 years ago!) A big priority for me will be to bring this out in the coming months and open a more dynamic and diverse conversation on how we come together to address some of these challenges.

This is just a marker and needs expansion in a separate conversation, but I will always revert to systems approaches as the only real way to get the paradigm shifts we need.

Local governments are complex systems that have to operate within multiple complex systems. If there are no systems thinking knowledge, skills and approaches in an organisation then it is likely to at best tread water but more often expedite a path to failure – treading water is probably no longer possible with the exponential growth of challenges now commonplace in the 21st century. System change needs to start somewhere, but it does take a long time. However, it is good to see some thinking of this approach as the only way to keep their organisation’s future within their gift. Lichfield Council is just one local authority I am aware of specifically announcing the start of their journey here.

However important the long-term need to change is, it does not get away from the short-term injection of resources required to see us through the next 12-24 months with as much damage limitation as possible. This is the biggest concern of recent events for me as failing trickle-down economics becomes a tap drip, with the gap increasing in both depth and breadth and for those at the business end fruitlessly running from one burning platform to the next. 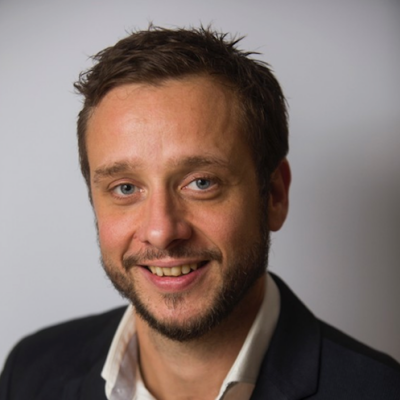