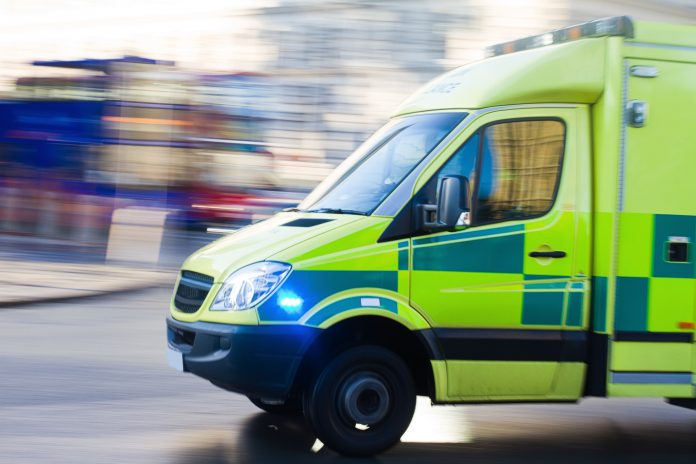 Waiting over 5 hours in emergency care heightens the risk of death from any cause within the next 30 days, reveals a study of more than 5 million patients in England, corresponding to 1 extra death within 30 days for every 82 patients delayed after 6 to 8 hours.

Long waits in the emergency department are associated with exit block and crowding, which can delay access to vital treatments. This is associated with an increase in subsequent hospital length of stay, especially for older patients.

Patient harm has been found to be linked to delays in timely admission from emergency departments, and researchers sought to quantify the increased risk of death resulting from these delays.

The 4-hour waiting time target before hospital discharge, admission, or transfer was introduced in 2004 in England, and later came a bid to tackle emergency department overcrowding with numerous other countries, including Canada and Australia, following with similar measures.

However, recently, performance against this target has steadily declined amid rising patient demand.

Researchers analysed Hospital Episode Statistics and Office of National Statistics data for England, evaluating every patient admitted to hospital from each major (type 1) emergency department in England from April 2016 to March 2018.

Comparing recorded deaths from any cause within 30 days of admission with those that would be expected, they allowed for a wide range of potentially influential factors including sex, age, deprivation level, concurrent conditions, time of the day and month, previous attendances/emergency admissions, and crowding in the emergency department at the time.

Additionally, the most frequent time of arrival was between 12:00 and 17:59, with the first 3 months of the year having the largest number of patients. The average wait in the emergency department was just under 5 hours, with the breach rate of the 4-hour waiting time target averaged around 38%.

This can be measured and represented as a ‘number needed to harm metric’, of 1 extra death for every 82 patients delayed for 6-8 hours.

The researchers note: “The results from this study show that there is a ‘dose-dependent’ association between time in excess of 5 hours in the [emergency department] for admitted patients and their all-cause 30-day mortality,” they write.

“Moreover, 30-day mortality is a relatively crude metric that does not account for either increases in patient morbidity or for the inevitably worse patient experiences.”

This study cannot establish cause and effect, as this is an observational study.

However, researchers add: “Despite limited supporting evidence, there are a number of clinically plausible reasons to accept that there is a temporal association between delayed admission to a hospital inpatient bed and poorer patient outcomes.”

Exit block is also related to bed occupancy levels, which are highest in the late afternoon and usually lower around midnight. A disproportionate number of delayed patients are likely to be moved to a ward during the night when staffing levels are lowest.

The researchers said: “This study confirms that healthcare policy makers should continue to mandate timely admission from the [emergency department] in order to protect patients from hospital-associated harm.”

Derek Prentice, lay member for the Royal College of Emergency Medicine, added: “Let nobody be in doubt any longer, the NHS 4-hour operational target is, as many of us have always known, of key importance to patient safety.”

With sufficient funding for NHS beds and staff and social care provision, and prioritisation from NHS leaders, hospitals should be able to meet this target – however, these have been in short supply in recent years.

“Could there be better measures? Possibly, but until there are, and crucially, ones that have the support and trust of patients, the 4-hour target or one very close to this, must remain the gold standard. Those in doubt need look no further than the evidence provided by this excellent paper,” he asserts.