Tereza Borges, International Business Development at Lumenaza, speaks to Open Access Government about barriers to the full-scale adoption of renewables in this special energy focus

European Commissioner Kadri Simson in January 2021, shared a vision of a future where Europe could be the first climate-neutral continent by 2050 and reduce at least 55% of emissions by 2030. The increase required in renewables to achieve these ambitions is huge, indeed, renewable energy sources must at least be doubled in all sectors.

Tereza Borges, International Business Development at Lumenaza, speaks to Open Access Government about the EU’s Clean Energy Package and whether or not it realises the potential of distributed green energy. She also defines renewable energy communities, citizen energy communities and collective self-consumption. Also covered here, is the progress achieved by adopting the directives of the Clean Energy Package and the remaining barriers to the full-scale adoption of renewables.

Does the EU’s Clean Energy Package realise the potential of distributed green energy? By 2030, the EU aims to have reduced emissions by 55% compared to 1990 levels. This entails increasing the share of intermittent renewables, which requires a fundamental change in how the energy system works.

We need a decentralised, distributed system in which prosumers, energy communities and collective self-consumption take centre-stage. Their role as crucial drivers of the energy transition has been acknowledged by the EU in its Clean Energy Package, one of the instruments to realise the ambitions of the European Green Deal.

In simple terms, RECs bring together a group of stakeholders that invest in, produce and sell renewable energy. CECs, which don’t necessarily focus purely on renewables, place importance on independence from traditional energy suppliers and push for decision- making power for the community. Within either RECs or CECs, CSC refers to the community consuming the energy it produces, turning its members into prosumers.

In Austria, the comprehensive Renewable Expansion Act makes it possible to produce, store, consume and sell renewable energy in energy communities. Additional support instruments, including reduced grid tariffs and an energy tax exemption, are also in progress. Spain, France and Italy now allow the use of the public grid for CSC, while most other members are currently limiting CSC to private wires such as those found in multi-apartment homes. On the other hand, some Member States, including Germany, have not yet introduced a CSC concept to their frameworks. Once progressive in its support for renewables, Germany is currently lagging considerably behind due to its slow progress on digitalisation, as evident in its sluggish smart meter rollout.

What are the remaining barriers to the full-scale adoption of renewables?

For the directives of the Clean Energy Package to take full effect, Europe needs to accelerate its efforts to remove regulatory bureaucracy. Member States must address country-specific legal and taxation inconsistencies, such as the double charge for storage. Moreover, not only traditional electricity needs have to be met. The market size for heating and cooling across the Member States is significant, and e-mobility is on the rise. These sectors must not be left out of the equation.

As sectors converge, mobility, heating and cooling can be combined with renewable electricity, driving sustainable decarbonisation. However, the grid must be equipped to handle increased demand and volatile production. Legislation must support the rollout of demand-side response technologies, which will allow flexible loads to contribute to grid stability and be used as energy storage. Solutions that empower end-customers and incentivise them to use their flexible loads in the interest of grid stability by offering cheaper tariffs when renewable production is high are the way forward. This requires a widespread rollout of smart meters and location-based, time-variable grid fees. Both are already being used in the UK and Denmark to offer end-customers flexible tariffs.

Last but not least, instead of the current practice of matching renewable procurement to annual energy supply and demand, renewable energy needs to be accounted hourly – as argued for by the independent, industry-led EnergyTag initiative. Otherwise, we will see a mismatch between projections and what is actually available, leading to the underuse of available renewable energy.

The technology to harness renewable energy on a large scale exists and more end-customers are interested in making a personal contribution to the energy transition than ever before. The EU’s Clean Energy Package provides a solid basis for enabling end-customer empowerment. We now need political willingness and effective policy-making on the ground in all Member States. It’s time to leave inner-political squabbles aside and act with the big picture in mind. What seemed difficult, even impossible, twenty years ago, is now within close reach.

A phrase the European Commission keeps in mind concerning energy policy is that “the future is green, or not at all”, according to Commissioner Kadri Simson at the IRENA Assembly Ministerial meeting on “Renewables and Pathways to Carbon Neutrality”.

Bearing in mind that by 2050, renewables in power generation are predicted to be no less than 85%, “these are leaps that the energy system has never seen before,” Simson notes. The Commissioner explains that for this to happen, wind energy must increase from today’s 210 GW to around 430 GW in 2030, and nearly triple to 1200 GW by 2050. (1) These ambitions are part of the wider work of the Directorate-General for Energy at the European Commission, headed up by Commissioner Simson and Director-General, Ditte Juul Jørgensen (2). The latter wrote for Open Access Government in 2020, explaining how the energy sector can contribute to Europe’s economic recovery. (3)

According to Commissioner Simson, the EU is a technological leader globally when it comes to offshore wind and ocean energies. “We know from experience that with the right policy support, technologies can develop quickly and costs can come down fast,” Simson notes. She adds that no other energy technology has gone from the idea stage to maturity as quickly as offshore wind, in remarks to the press about the EU Offshore Renewable Strategy. (4) 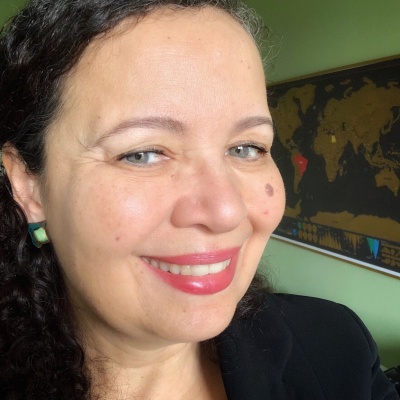