In a few weeks from now, on World Wildlife Day, we will be marking the first anniversary of the EU Action Plan against Wildlife Trafficking. The past decade has seen a dramatic surge in poaching and illegal trade of wildlife products, fuelled by a sharp rise in global demand for products such as elephant ivory, rhinoceros horn, tiger bones and skins, reptile skins and luxury woods.

With the Action Plan built around three pillars – prevention, stronger enforcement, and global partnership – the EU has stepped up the fight against such crime.

CITES is our best weapon

During this first year we have made good progress in all three areas. Undoubtedly the biggest milestone on the international front was the September CITES summit in Johannesburg. CITES – the international convention regulating trade in endangered species – is the best weapon we have for dealing with wildlife trafficking. It forces countries to work together, to follow up with practical action, and when countries don’t play fair, it can impose trade sanctions.

All the signatories agreed to trade restrictions and bans on a large number of species which are in need of greater protection. These include rosewood, pangolins (the world’s most trafficked mammals) and a number of other species that are traded as exotic pets particularly in North America and Europe, such as geckos, lizards, parrots and fish species. A growing number of shark species, like the thresher or silky, are now protected. Under severe pressure and targeted for their fins, there is hope that their numbers can grow.

EU-28 working together as a bloc

An EU proposal for tighter controls on hunting trophies was also endorsed, not just for lions but for other emblematic species too: Polar bears, hippos and zebras. Importantly, international trade in ivory remains banned for all African elephant populations. The EU opposed all attempts to reopen trade in ivory or rhino horn. Additionally, all parties agreed that domestic ivory markets should be closed if they are found to be contributing to illegal trade.

The fact that we got so much done was largely thanks to the way the EU was united behind common positions. The 28 Member States worked together as a bloc for the very first time. Participating in CITES and voting in unity made it much easier to get the EU’s proposals through.

Illegal wildlife trade is fuelled by corruption, inadequate governance, poverty and poor enforcement, as well as rising demand in some world regions. The good news is that our partners in the Far East are becoming more open to extending CITES protection to new species. They are committed to working closely together to tackle the roots of the problem, targeting organised criminal groups. They are also looking at ways to reduce demand for illegal products, from rhino horn to pangolin scales. These are the positive messages I brought back from my visits to Vietnam and China in November last year.

We also showed that we are just as serious about getting our house in order. Endangered eels are smuggled at huge prices from Europe to Asia. There are networks in Europe that specialise in trafficking live birds. Although international and EU rules on wildlife trade exist, EU Member States implement and enforce them differently. Organised criminals exploit these loopholes.

Strong start for the EU Action Plan against Wildlife Trafficking

Under the EU Action Plan, improved cooperation between agencies will make checks and enforcement in cross-border cases more effective, with the two EU agencies, Europol and Eurojust, playing a major role.

There have already been many good examples of effective police cooperation. The Operation COBRA III in 2015 saw seizures in Europe of 11 439 specimens, living and dead, and almost 2000 parts and products of timber, plants and animal parts. Law enforcement teams and agencies from 62 countries in Europe, Africa, Asia and America participated.

Recently, some great achievements were reported from our newest Member State. The Croatian customs authorities seized live turtles worth €400,000. A number of other Member States have recently made important confiscations of ivory, seahorses and glass eels. This goes to show that our customs and enforcement officials are extremely vigilant against illegal trade in protected species.

So the implementation of the EU Wildlife Trafficking Action Plan has got off to a strong start, and will continue with full force. In 2017 we will increase scrutiny against ivory trafficking to make sure that the EU market is not used for illegal ivory trade. We will also strengthen our cooperation with the business sector trading animal and plant species to promote best practices against illegal trade. On the international front, we will work with our partners to implement CITES decisions. And finally, with Europol, we will facilitate joint operations of police and customs officials in Europe and internationally to crack down on wildlife criminals. 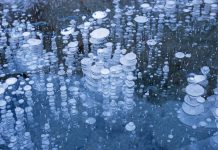 Do policymakers undervalue how dangerous methane emissions are?