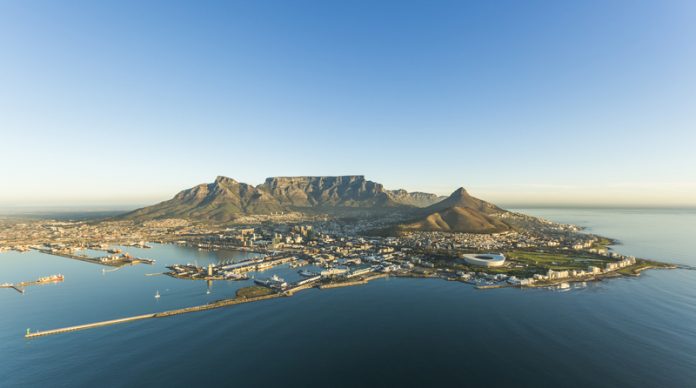 Dr Alex Vines OBE and Tighisti Amare from The Royal Institute of International Affairs, Chatham House discuss their views on EU-Africa relations and the challenges ahead for a renewed partnership

The EU is still Africa’s principal partner for trade, development and humanitarian assistance. Although Africa’s share of European trade and investment is globally in comparative decline, the continent’s strategic importance for Europe is on the increase, particularly because of concerns over counter-terrorism and migration.

The Joint Africa-EU Strategy (JAES) has been the spine for Africa-European relations since it was adopted at the Lisbon summit in December 2007. The ambition was to have a long-term strategic framework under which bilateral relations would progress.

There have been some efforts to evaluate the progress of the JAES, Action Plans for 2008-10 and 2011-13 and more recently the Roadmap 2014 -17 adopted at the 4th Africa-EU summit held in Brussels, April 2014. Changing Africa though has meant that although the key objectives of the original strategy remain valid, recent developments mean that the JAES needs updating, particularly after the AU’s adoption of its Agenda 2063 and also because of other EU initiatives, such as its Global strategy, several regional strategic frameworks (the Horn and Sahel and Gulf of Guinea maritime security) and its strategic partnerships (with South Africa and the AU).

In reality, policy about the evolving Africa-EU relations is concentrated around summits. These summits are the apex of political dialogue between Europe and Africa and there have been five of them to date: Cairo (2000); Lisbon (2007); Tripoli (2010); Brussels (2014); and recently in Abidjan (2017).

There has also been a summit in Valletta on migration and asylum in November 2015. But between summits dialogue is limited and the securitisation of the migration agenda and divergences over human rights and international criminal justice have reinforced the African perception of a one-way dialogue and have overshadowed progress in other areas such as climate change and environment and agriculture, food security as well as the environment.

There has been a better EU record with the operationalisation of the Africa Peace and Security Architecture (APSA) supporting the African Standby-by Force (ASF) and other ad hoc military commitments, such as the AU mission – Amisom in Somalia and more recently the G-5 Sahel. The main implementing tool for the Africa- EU peace and security partnerships is the African Peace Facility, with more than €2.1 billion allocated to it since its creation. There remains an over-reliance by Africans on European funding and an urgent need for increased capacity building.

There are areas where both continents are in broad agreement, such as tackling climate change or fighting terrorism in the Sahel and the Horn. However, migration, – a key driver for the EU’s new call for strategic partnership with Africa – is high on the list of difficult conversations. Currently, 70 to 80% of African migration is taking place within the continent, but outward migration is growing fast. This has become a primary concern for European countries still battling high unemployment rates among young people, inequality and populist parties that are attracting voters on antiimmigration sentiment.

The EU is not prepared to accept all informal economic migrants. But for African governments, agreeing to cooperate in migrants’ return home has become a matter of huge sensitivity. Africa’s population is also projected to double by 2050 and is young – 60% of the African population is currently below 25 years of age – and frequently unemployed. Despite enjoying fast economic growth in the past decade, African economies have failed to create the volume of jobs needed to offer these young people an economic future. Unless this is remedied, there is fear among EU governments that, as Africa’s closest neighbour, Europe will continue to be a destination of choice for most African outward migration.

Both the AU and EU acknowledge that more needs to be done to provide a real future for Africa’s young people. The European Development Fund has been an essential source of funding, but development aid alone will not be sufficient. Private sector investment to complement official aid will be vital to creating the necessary quantity of jobs and will require the emergence of a stronger and more dynamic African private sector.

The reality is that much of the Africa-EU relationship is still about EU donated money although Brussels policymakers and some European leaders recognise the need to move the EU’s relationship with Africa away from the ‘traditional’ donor-recipient dynamic, towards a genuinely fresh and respectful relationship. Changing this out-dated mentality is tough especially as the EU continues to set the agenda and often fails to consult its African partners regularly. EU politicians are also under increasing domestic pressure to be seen to be acting against uncontrolled migration.

The future direction of the Africa-EU partnership will largely be shaped by the agreement that will replace the Cotonou Accord, which expires in 2020. In the negotiations, African leaders will need to be more strategic in shaping the agenda of any nascent partnership to reflect the continent’s own development goals and ambition for structural transformation, as set out in the AU’s Agenda 2063. And the talks will have to learn from the troubled recent history of negotiation over Economic Partnership Agreements (EPAs) between the EU and groups of developing countries, as well as lingering African suspicions over European good faith.

This places reinvigorated trade and investment at the heart of Africa-EU relations. It is only through supporting private sector growth and scaling-up of African businesses that the volume and quality of jobs needed to address Africa’s unemployment challenge can be addressed. Not only would success on this front minimise the outflow of economic migrants to Europe, but it would also help draw the poison of decades of one-sided donor-recipient relations and move the relationship towards a genuine partnership.

The Royal Institute of International Affairs