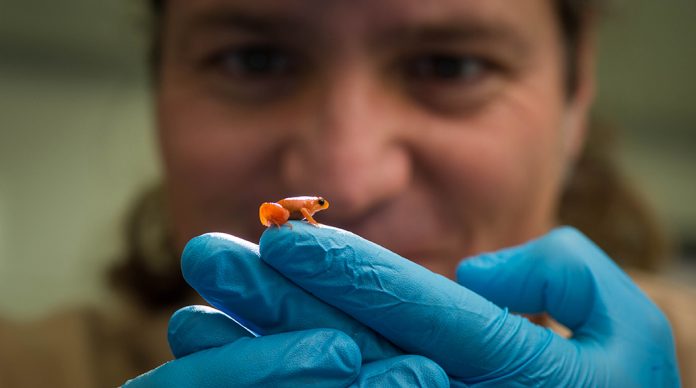 The European Commission (EC), as part of its drive to increase the effectiveness of EU legislation, is currently carrying out Regulatory Fitness and Performance Programmes (REFIT) on Directives and Regulations. For environmental concerns, the EC has already carried out a REFIT evaluation on the Birds and Habitats Directives, which were retained in full, partly thanks to the lobbying of groups such as the European Association of Zoos and Aquaria (EAZA), and is currently carrying out a REFIT on the key European legislation regulating zoos – the Zoos Directive 1999/22/EC.

The Member States, driven by the views of their citizens, have expressed concern that the EU is trying to do too much. In response, the European Commission is looking at its policies to confirm that they are still following the subsidiarity principle and to examine their value to the EU. As a result, the impulse to review these laws and assess their suitability for the canon of European Law should be welcomed; however, the Commission should be wary of rejecting some laws, notably ones that encourage those they regulate to lead the world in their sectors. One such law is the EU Zoos Directive.

The EU Zoos Directive was enacted in 1992, and regulates the activities of cultural institutions that hold animal collections for public display. Before the directive, attitudes towards animal husbandry and the role of zoos differed quite widely across the Member States; national legislation, if it existed at all, was equally varied. It would not be insulting to our Members to say that the requirements of the Zoos Directive have revolutionised their approach to operating their institutions, and they are now global leaders in the field.

The requirements of the directive are quite simple in essence: it requires zoos and aquariums to practice good husbandry of their animals, and contribute to conservation, research and education. A zoo operating under the directive cannot be a collection of mismatched animals living in substandard conditions for the amusement of visitors; neither can it just concentrate on good husbandry and accommodation. It must seek actively to preserve biodiversity both locally and globally, conduct zoological research that assists in the conservation mission, and sensitise the public to the natural world in order to foster a sense of care and engagement.

EAZA was founded in part to allow zoos to collaborate on these missions in order to not only meet the directive’s requirements but to go beyond them; the Association now comprises over 350 zoos and aquariums across Europe and the Middle East. We believe that working together as a pan-European network has a multiplying effect that allows even the smallest of zoological institutions to make a greater contribution than would otherwise be possible; our faith in the ability of our Members to make this contribution relies on a measure of compatibility between our institutions wherever they may be. It would be impossible, for example, to run successful breeding programmes without the sure knowledge that every zoo and aquarium in our network hold to the same high standards of scientifically based operation.

EAZA, admittedly, requires its members to go beyond the requirements of the Zoos Directive. As such, the directive should be seen as the entry level standard for zoos in Europe, not the end state. This does not mean that the directive does not have value. Indeed, its value lies in the generality of the mission it describes: it is not sufficient for a zoo to concentrate on the totality of its efforts on one particular activity at the expense of others. A zoo with wonderful education programmes loses credibility if it has sub standard accommodation for its animals or no conservation programmes. The directive’s baseline also provides the starting point for zoos that wish to meet EAZA’s Standards – moving to our requirement is easier for zoos that already meet those of the directive, as it means that much of the groundwork for EAZA Membership has already been done.

It is worth noting too, that the Zoos Directive is only one part of a larger regulatory framework that ensures sustainable and socially profitable operation of zoos. European Ex situ Programmes (EEPs), the EAZA administered population management programmes for the conservation of species and education of the public, were implemented back in 1985 to complement the terms of the Convention on the International Trade in Endangered Species (CITES). From that time, zoos in the EEP network committed to building sustainable ex situ populations of species. The programmes hold the animals in common, meaning that for over 400 species of wild animals, there is no sale or purchase of animals in our network – removing any profit motive from the breeding of these animals, and helping to dissuade wider trade in these species. Another part of the framework is the Convention on Biological Diversity, an international treaty that requires signatory states to, among other activities, work to preserve biodiversity and educate the public on its value. These states have, as a matter of necessity, outsourced many of these obligations to zoos, aquariums, botanical gardens and science centres.

In short, the Zoos Directive is one of the several parts of a system that not only requires zoos to fulfil certain conditions but also encourages them to go well beyond them. EAZA zoos and aquariums, for example, contributed more than €25m to field conservation projects from 2014-2016, and our conservation education standards are world leading. With this in mind, and in full understanding of the motives of the European Commission in streamlining EU law, EAZA believes that removing the directive from EU law would be a mistake, and encourages the Commission to retain it in full; it’s a great starting point for zoos to make a real difference to biodiversity, zoology and education, and we support it fully.