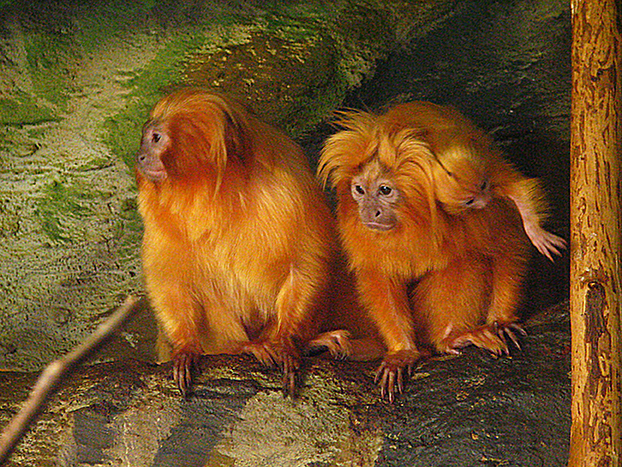 As the European Association of Zoos and Aquaria’s David Williams-Mitchell stresses, progressive zoos play a crucial role in halting illegal trade in wildlife

The European Association of Zoos and Aquaria (EAZA) is the largest regional zoo and aquarium association in the world, with nearly 400 members, as well as a remit to coordinate cooperation between zoos and aquariums on conservation, education and research. This makes our community a strong player in the fight against wildlife crime. Animals are not only illegally caught and traded from the wild, but also from our member institutions.

Since our inception over 30 years ago, we have been continuously building on our foundations to maintain self-sustaining populations within EAZA zoos. We built our managed breeding programmes on the concept that animals should not be bought or sold, but should instead be held in common ownership for effective conservation. We also set strict standards on the sourcing of animals and record-keeping to ensure complete transparency on the movement of animals within our community.

The progressive zoos and aquariums of EAZA care for some of the most endangered species on the planet, and work closely with organisations such as IUCN and national governments to provide ex-situ and in situ support for highly coordinated programmes of protection. With the acquisition of wild animals becoming more challenging for criminals in range states, zoos are sometimes targeted by criminals as an alternative source, and while EAZA standards and guidelines require members to provide security measures against theft, there is no failsafe method of prevention. Any theft of endangered animals adds pressure on global populations, and buyers of stolen animals are contributing directly to their extinction.

Success in tackling the bushmeat trade

In the wider context, with over 140 million visitors to EAZA collections annually and a global network of governmental and non-governmental organisations, EAZA is well placed to help combat wildlife crime at both ends. From the demand side, educators working in our institutions contribute strongly to public understanding of the effects of buying wild animals or animal products, and have lobbied successfully for the implementation of measures to severely restrict the trade of illegal wildlife products.

This has been done primarily through a series of EAZA conservation campaigns aimed at raising awareness of issues including poaching, the bushmeat trade, and the demand for exotic species as pets and tourist attractions. The 2000-2001 EAZA bushmeat campaign, a collaboration between EAZA and the International Fund for Animal Welfare (IFAW), led to one of the largest petitions ever submitted to the European Parliament, with 1.9 million signatures gathered. This led in 2004 to all applications for EU funds being screened for their bushmeat impact – a major win.

From the supply side, conservation programmes supported and coordinated by EAZA members work to raise communities’ awareness of wildlife issues and help to encourage an end to animal capture. There are several approaches being trialled, such as the establishment of a breeding centre in Bali to flood the market with critically endangered Bali starlings, while breeding genetically valuable birds for release. EAZA members are also active in helping reduce human/wildlife conflicts, for example working to reduce conflict over water source access between communities and chimpanzee groups in Tanzania.

EAZA recognises that the most effective measures against wildlife crime address all the factors influencing it. EAZA will launch a new conservation campaign at the end of 2017 aimed at securing a future for twelve species of Asian songbirds. The Silent Forest campaign will aim to raise awareness of the scale of the traffic in these species, which are prized commodities for bird collectors both in Asia and, more worryingly, in the European markets. The campaign will also work scientifically to ensure that bird species are correctly classified taxonomically, encouraging a higher level of protection from CITES authorities and ensuring that the threat against them is reflected in the IUCN Red List of Species – a key tool for assessing environmental risk for bodies providing governmental and private investment.

Finally, the campaign will aim to assist communities to live sustainably alongside their local birds and, where necessary, help them to breed more birds for release and possible legal sale. It will also, where appropriate, help them to identify alternative sources of income. Working with other key stakeholders such as TRAFFIC, the NGO responsible for the eradication of the illegal wildlife trade, EAZA aims to help establish solutions that can also be translated to other species and habitats.

EAZA also recognises the value of genetic analysis of wildlife, and it may be that this new tool will help radically in the identification of animals to confirm that they have come from sustainable sources. The work of scientists conducting research in EAZA institutions may make a huge contribution to the eradication of the illegal wildlife trade over the medium to long term. They will also assist national authorities with establishing analysis protocols to help them identify and prosecute offenders. There will be no grey area for animal dealers to inhabit and, at least in the western world, no excuse for the sale or purchase of illegally sourced animals.

EAZA recognises that illegal trade in wildlife cannot be eradicated overnight. Our institutions will continue to suffer from animal theft despite advances in security technology, and the demand for animals and animal products will continue to thrive over the short and medium-term. The European Commission’s Action Plan on the Illegal Trade in Wildlife, approved by all EU institutions following lobbying by a coalition including TRAFFIC and EAZA, should lead to stronger union action against the illegal trading of animals in Europe and beyond. However, the Union and all other stakeholders must be clear that the threat of imminent extinction hangs over many species, and that public education to reduce demand in all markets is needed urgently.

Progressive zoos and aquariums can support this mission, and EAZA calls on the Commission to make use of our network of educators, conservationists and researchers to help fulfil the Action Plan, as well as utilising our expertise in the sustainable acquisition of animals and the use of record-keeping systems to ensure compliance. Our members have the expertise, reach and experience to make a significant contribution, but cannot act as effectively in isolation, compared to a united front.

Biodiversity is under threat everywhere from those wishing to exploit species for financial gain. Each species plays a role in its own ecosystem; the extinction of one will undoubtedly lead to the extinction of many – with consequences for human life and prosperity as well. There is little time and much to play for; progressive zoos and aquariums stand ready to play our part in protecting nature. Use us.

European Association of Zoos and Aquaria