Dr Lena De Winne, Head of Information and Communications at Asgardia, speaks of how the endeavours of the billionaire class could soon become a reality for a mass audience

Throughout the decades, the gallivanting escapades of the Starship Enterprise – traversing the depths of where no-one has gone before – has enthralled and inspired generations.

What seemed like a distant dream for those wishing to cruise the final frontier, could soon become a reality. With the enterprising spirit of some of the world’s leading business moguls striving for the expansion of space tourism for Hollywood A-listers, Asgardia is seeking to boldly launch themselves to the forefront of space residency for a mass audience.

In July, we celebrated the momentous 50th anniversary of the Apollo 11 moon landings, but in reality, we have been celebrating the achievements of that mission every day since.

The technological developments of the mission have had huge implications on the ways that we have lived our lives. The lunar drill, created for the mission, revolutionised labour endeavours, leading the way for the creation of cordless, lightweight electric tools. Furthermore, the integration of circuit technology and silicon chips into our consumer technology is now a given in the 21st century. But it was all thanks to the developments of Apollo-associated companies such as Fairchild based in Santa Clara County, California that we enjoy micro-computer chips.

Could you now imagine a world without Silicon Valley? Well, you can thank Apollo 11 for that.

However, the time is to now look forward once again. From the celebrations of Apollo 11, we must recapture that pioneering spirit and continue widescale development. The 21st space race has very much been ignited by the pioneering enterprises of Messrs Branson, Musk and Bezos, with the last few years being undeniably the most transformative for the sector. Soon we will see humans travelling into space as a leisurely activity and not just for scientific research. This means that the boundaries for human exploration effectively cease to exist.

The great achievements of the NASA projects in the 20th century showed that space exploration can be done. Space travel was no longer a fantasy but a realistic prospect. The beauty of private enterprises taking people to space is that they show how it should be done. Space travel can now be luxurious and comfortable. Private enterprise has also led the way in developing reusable rockets. This will prove to drag down the costs of space travel enormously and will soon provide a service that is not just exclusive to the hugely affluent classes in society.

But where does Asgardia fit into this?

Whilst the exploits of the aforementioned gentleman have their own certain ambitions, we believe that none are quite so multi-faceted as Asgardia. On one front, there are scientific developments to create conditions for which space habitation can flourish. One could say that our headline development is to research and create the environment by which Asgardia will be able to facilitate for the first human birth in space within the next 25 years.

A particularly large focus of our research and development team is, therefore, to accelerate the developments into creating an environment in which an earth-like gravitational force can be replicated.

Once we have the capabilities to facilitate human conception, we can then continue to develop our next two stages for research and development. These developments are how people will recognise as Asgardia for years to come.

The primary role of Asgardia is to provide a home for humans in space. With plans for low-orbital arks around the earth and then farther out to orbit around the moon, we believe that this ambition really can become a reality. The survival of the human race is dependent on these discoveries too. With technology on Earth that has the potential to destroy such vast numbers of people, it is essential that we have a safeguard in place to protect our species.

In addition to human survival, Asgardia intends to develop technology that will defend Earth from Near-Earth Objects (NEOs). Currently, we are at the mercy of chance and lady luck. Quite often when NEOs pass, we are not aware of them until they are due to pass within the next ten hours. On many occasions, we don’t even know about the NEOs until they have actually passed.

With our anti-NEO technology, we will be ensuring the survival of the human race on multiple fronts, setting Asgardia apart from the rest of the pack. 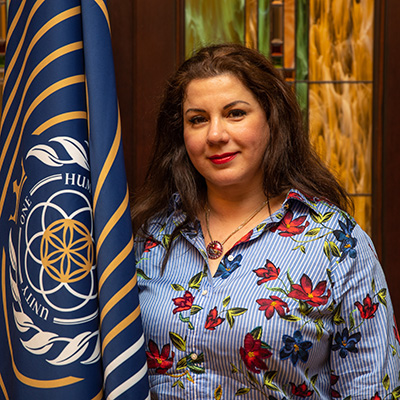