With a stringent focus on ‘future net-zero’ legislation, manufacturers are caught in a monopoly of meeting both emissions targets and consumer demand, with a delicate balance of taste, attitudes and science dictating the evolution of both. At the centre of this is often food production, with improved lifestyles determined in part by our dietary choices.

The power of legislation and consumer demand

In 2018 and in a bid to tackle childhood obesity, the UK government introduced the Soft Drinks Industry Levy.

Reducing the vast amount of sugar utilised within soft drinks, the levy encouraged drinks companies to reformulate their products in line with new guidelines. Drinks that contained more than eight grams of sugar per 100ml stood to face a tax rate of 24p per litre, which was to be directly payable by manufacturers.

Facing extortionate costs, the levy began to work before it officially came into effect, with more than 50% of manufacturers reformulating their drinks between 2016 and 2018.

Now, fast forward a few years later, and we are living in a much more health-conscious world, with interest in alternative lifestyles and diets, such as veganism, giving significant weight for manufacturers to alter and adopt new food and drink practices. According to statistics from Mintel, the UK market for meat-free foods was worth £740m in 2018, up from £539m only three years prior.

It, therefore, comes as no surprise to understand that consumer demand quite often coincides with increased influence from government messages on health, teeth and obesity.

In response, global companies, often those that most in the limelight for their tasty but perhaps unhealthy approach, such as Coca Cola and McDonald’s, have spent many years modifying their recipes.

From reducing their sugar, fat and salt contents to removing all artificial flavours, colours and preservatives, McDonald’s products are rather different compared to years ago. Yet the process has been such a slow and deliberate one, that it is fair to say most consumers would struggle to describe how the ‘taste’ of a Big Mac today has altered from three years ago.

That’s because until legislation and consumer demand reaches a tipping point, they’re often less cause for change or innovation across any kind of industry.

Similarly, Coca Cola has spent many years improving its product offering, expanding the availability of low and no-sugar options, whilst reducing sugar by at least 30% in some of its leading brands and drinks. Yet its classic product has so far held out in terms of reduced sugar content, for how much longer though, is the key question, as legislative rules may further increase the pressure in the sugary drinks sector.

Directly affecting other markets, Nestle found a method to halve the sugar in its chocolate. So, the question posed is, should manufacturers be looking to alter the contents within more than just soft drinks, but in confectionary, too? My answer is yes. By simply adopting similar principles and legislation that has delivered healthier results in the fizzy drinks market, so too can we begin to adopt an improved manner to all kinds of products, from chocolate and sweets to cakes and biscuits.

Hydroponic farming: a focus on sustainability and innovation

Everybody is working hard to contribute to the UK’s net-zero target of becoming carbon neutral by 2050. Manufacturing and engineering, in this regard, is no exception.

Innovation, science, and design are critical concepts here, something at the heartbeat of both sectors, and a prime example of this is hydroponic farming. Where previously, the food and beverage market had to make do with importing sun-kissed fruit and vegetables from around the world, we now have the conditions to meet these needs on UK soil. Allowing us to grow foods such as tomatoes all year round, this soil-less farming technique utilises less water than traditional farming as well as fewer materials.

It is already taking off as a concept across the UK, with a staggering 91-hectare project, Thanet Earth, in Kent, producing millions of vine, baby plum, Sunstream and Piccolo tomatoes a week.

And as more and more manufacturers get on board with this concept, fewer foods being imported will see less travel, leading to fewer greenhouse gases and emissions being released into the environment.

Delivering a sustainable food ethic, hydroponic farms may well be in their growth phase in the UK, as well as having some critics, however, I believe it to be a significant component of the future food supply chain as we strive towards a net-zero target, which let’s face it, isn’t an easy challenge to achieve.

Ultimately, times change and so do the needs and desires of consumers, and brands respond accordingly, most of the time.

And with that, this calls for a need for a design, which requires the help, expertise and craftsmanship of the engineering industry.

The challenges faced come with the question of resource. And with a widening STEM skills sector, in-house engineering support is increasingly amiss for manufacturers who need to substantiate science with new machinery and systems of operation.

That is where expertise across the entirety of the supply chain comes into play, businesses that can deliver 360-degree support across all major market sectors involved in sustainable food production, to the accompanying bioscience involved in its creation. It’s why firms like us have spent years incrementally adding to our skillsets, keeping our ears to the ground to respond to marketplace changes that will engineer the world of tomorrow.

Innovation, science and increasingly sustainability underpins our manufacturing industry. To lead an altogether healthier lifestyle, we must now recognise the lack of skilled support that if overcome, can help us reach those future net-zero targets, a little easier. 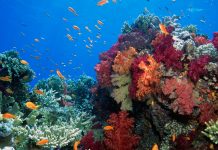 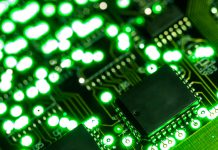 The Green Post COVID Era: Sustainable IT for the future 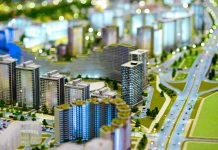 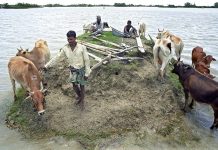 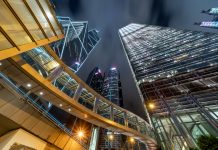 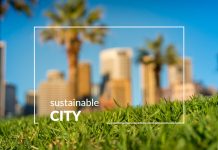 What will it take to create the first net-zero city?

IT Pro Day 2021: Adapting to an evolving landscape