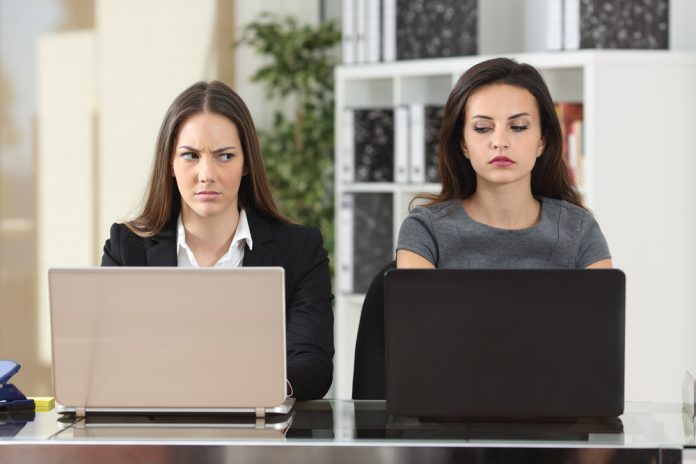 Over half of respondents to recent research say they have experienced gaslighting at work, exposing a negative dynamic in UK offices

A worrying workplace trend has been revealed, with more than half of people questioned in recent research by leading HR software and services provider MHR confirming they have experienced what they consider to be gaslighting at work.

The Twitter poll of 3,033 people aged between 18 and 54 found that 58% of respondents have experienced what they consider to be gaslighting during their working lives.

30% of respondents said they hadn’t experienced gaslighting in the workplace, with 12% saying they didn’t know.

First coined in the 1938 play Gaslight by Patrick Hamilton, gaslighting is a relatively new term used to describe someone who manipulates another person by psychological means to make them doubt their own perspective of reality. In 2018 it was one of Oxford Dictionaries’ ‘words of the year’.

While commonly related to romantic relationships to describe someone coercively controlling their partner, it seems it is also taking place in the world of work.

“Worryingly the poll reveals just how prevalent gaslighting is in the UK workplace.

“Unlike bullying, which is very clear and obvious, gaslighting is a very subtle form of manipulation which can destroy a victim’s confidence, leave them feeling extremely vulnerable and, in some cases, force them to quit their jobs. In many cases, it can be so subtle that some people may not even know it’s happening until they stop and think about it, which is perhaps why it happens so frequently.

“Little things like claiming credit for your work, teasing you in front of colleagues, setting unrealistic deadlines, purposely withholding information from you for a big assignment, questioning what they said to you in the past are all signs of gaslighting in the workplace. While these may occur as unintentional isolated incidents, when they take place repeatedly they can make you start to question your self-worth and ability.

“The workplace provides a fertile ground for gaslighting due to the natural hierarchical structures that exist and the power struggles that can occur between colleagues while many managers simply don’t possess the skills required to identify and handle instances of gaslighting because they receive no training for this.”

Managers need to understand that gaslighting is a serious issue. If managers don’t know what it is, then it will continue to happen under their noses. Training managers on spotting the common signs of gaslighting is key – gaslighters won’t think twice about twisting the truth so they look credible, will often make disparaging remarks about others, may purposely not invite colleagues on social events or poke fun of colleagues in front of others. Victims will often feel withdrawn and isolated so aren’t always easy to identify.

Formulating a policy and sharing it with employees will help them to understand what gaslighting is and show that you, as an employer, take their wellbeing seriously. Any policy should include common signs so they can identify if it’s happening to them and a complaints procedure.

Providing victims with a platform to raise their concerns will encourage them to talk in strictest confidence. A good way to help victims deal with gaslighting is to encourage them to make notes when instances occur. A log will provide them with reassurance that they’re not imagining things and will help provide a robust case to the present to the perpetrator.

4. Schedule a one-to-one with the gaslighter

After reviewing the evidence take the time out to speak to the accused gaslighter and raise the issue with them. Try to stay positive and remind them of the benefits of establishing good working relationships, rather than confronting them in an aggressive tone.

Gaslighting is very easy to brush off simply as office politics but it can really impact a victim’s self-confidence which can also hinder their productivity. The only way to stop it is to take action!