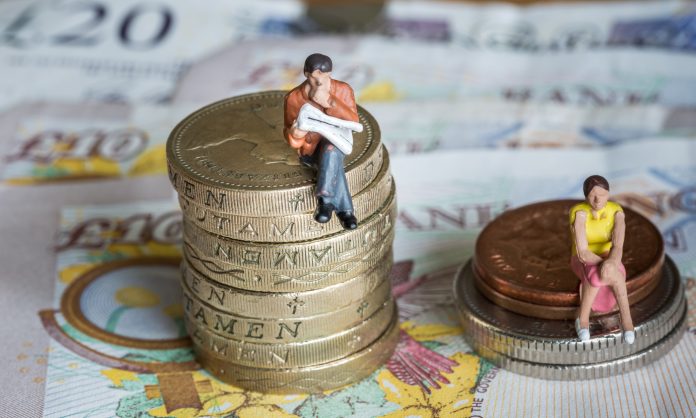 Rachel Mapleston, payroll legislation expert at MHR explores what can be learned from this year’s gender pay gap reports and outlines three areas to consider to improve your organisation’s equality

Fewer than half of the UK’s biggest employers have succeeded in narrowing their gender pay gap, according to the BBC.

Across 45% of firms, discrepancies in pay increased in favour of men, and a further 7% reported no change. Overall, 78% of companies who published their reports had a pay gap in favour of men.

The Government’s legislative scheme of gender pay gap (GPG) reporting may seem like just another statutory hurdle for HR and payroll professionals; an additional compliance exercise, diverting HR’s energy from adding strategic value. And with no financial sanctions for non-compliance, some organisations may even be questioning whether it’s worth the hassle.

While it is legally permissible to simply report on the pay differentials each year, organisations not taking steps to address an identified gap are likely missing out on an attainable competitive advantage, which is backed by substantial research.

The Gender 3000 report by Credit Suisse charted the economic success of more than 3000 companies worldwide. It found that large organisations with at least one woman on the board financially outperformed those with less gender diversity. The average increased return on equity investment was 5%.

Further, the McKinsey Global Institute looked at the GPG from a more macro perspective.  Their ‘power of parity’ report concluded that £28 trillion would be added to the global GDP by 2025 if the GPG was closed.

Forward-thinking HR professionals are not just looking at their GPG but are seeking to reduce it. The legislative reporting requirements around GPG are viewed by these HR strategists not as a burden, but as a mechanism for measuring success.

A chance for change

The reporting process is an opportunity to gain valuable insights into your organisation’s pay structure and culture. The vast majority of employers likely see themselves as forward-thinking when it comes to embracing and supporting equal opportunities for men and women, but due to deeply ingrained assumptions around gender roles and expectations, pay gaps to persist.

The reporting process helps organisations shine a light on their gender pay practices, and from that comes an opportunity to effect positive change.

In addition to publishing a gender pay gap, this is also an opportunity to explain the steps you have taken or will take to address the gap – something your employees and customers will no doubt take a keen interest in.

Without this narrative, we are left only with a number – often strikingly large – with no way to unravel the many contributing factors. As a result, organisations that publish their gender pay gap results without a supporting narrative risk a more negative response.

The process of explaining the measures you are taking to address it is not just for the public, it’s also a chance for your organisation to better understand its own practices and seek new ways to modernise its culture.

Not sure how to tackle your gender pay gap? Here are three things you can consider to improve your organisation’s gender equality:

Flexible hours, remote working and job sharing allow for a healthier work-life balance and could help reduce your gender pay gap. As women predominantly take on the responsibility of childcare, flexible working provides them with the opportunity to take on more senior roles without it conflicting with their childcare commitments.

And there are additional benefits to offering flexible working conditions: research has shown that companies that adopt a flexible working policy typically see an increase in productivity and profit.

Preconceptions about certain roles or industries may lead to fewer women applying for positions than men – for example in engineering or the sciences. This results in candidate shortlists that are dominated by men.

The introduction of unbiased training for those involved in the selection process, as well as predefined shortlist splits, could improve the number of women being interviewed for positions in male-dominated industries. After all, gender-diverse organisations, and particularly senior leadership teams have been proven to increase performance.

Succession planning is the identification and development of employees who could step into senior roles when a person leaves or retires. This is strategically beneficial to employers, as it allows them to continue with ‘business as usual’ when a role becomes available.

For employees, this provides them with a sense of being valued, which is likely to increase their loyalty and productivity and allows targeted training to aid their progression. As women are more likely to take on roles with less responsibility due to childcare commitments, succession planning can highlight those with potential and put in place a career path to those senior roles.

The role of HR software

Gender pay gap reporting may seem a daunting task, but HR software can make the process much easier while ensuring that your data is accurate and complete. Set yourself up with a reliable software provider, and make sure you fully understand the gender pay gap functionality available.

While the aims of the new legislation are about transparency, the rationale for change is not purely about fairness. There are sound business reasons to tackle the issue head-on and the best organisations are trailblazing in this field. It is these organisations that are reaping all the employee engagement and talent attraction benefits that go with closing the gap