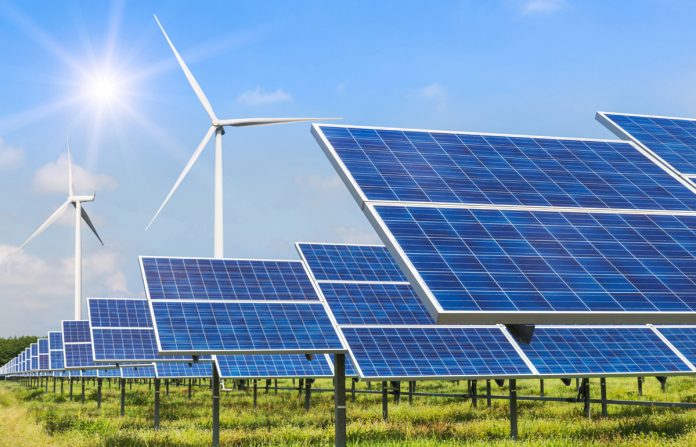 Modern society strongly depends on advanced power electronics (APE) since it opens up for huge energy savings, minimises electronics volume and makes devices ready for smart digitalisation. Improved efficiency in the production, distribution and consumption of electricity is a key factor on the road to a sustainable energy future.

With next generation power electronics and devices that are based on wide band gap (WBG) materials, power losses can be reduced by more than 50%. This is especially relevant to the fields of electromobility, renewable energy generation or energy efficient buildings.

In the Baltic Sea Region (BSR) more than 15,000 companies are working with PE.

Within the last three years, reaching out to hundreds of those companies, Green PE has spread the news about advantages of APE throughout the BSR. Strong collaborations and ties have been created between research and industry (e.g., the new Centre for Industrial Electronics has been initiated in Sønderborg, Denmark). The project has also revealed that the development in implementing renewable energy sources (RES), as well as decarbonised transport (electromobility), varies strongly in the BSR countries.

Denmark has been at the forefront to a green transition and the transformation of the national energy system.

Danish windmill producer Vestas is a good example of how determination and persistence in governmental subsidy and legislation fosters a highly competitive RES industry. In 2017, 44% of Denmark’s energy production came from wind, while the overall energy production from RES exceeded 65%.

The next phase of the transition will be to change consumables and use electromobility as transport means. A substantial amount of charging stations are already distributed throughout the country and there is an obvious market pull from consumers towards electrification of the transport sector. Investments in APE will help to achieve the green goals with increasing range, lowering weight and size of energy efficient components.

In Sweden, the development of efficient PE based on WBG materials and devices is promoted by the WBG Power Centre hosted by the organisation RISE and financially supported by the Swedish Energy Agency and Vinnova. The WBG Power Centre currently has 11 companies and six research groups as members.

A couple of companies in Sweden have already released products with WBG-based devices, carried out the advanced prototype and product tests (for example, Bombardier for commuter trains and GE for HV power supplies) and performed laboratory-based technology development (ABB).

The background to this development is a broad research programme on Silicon Carbide (SiC) initiated by ABB in 1993, encompassing bulk material growth (Oukmetic and Linköping University (LiU), Norstel), epigrowth (LiU and RISE), as well as technology and device development (RISE, KTH and Ascatron).

The decarbonisation of the energy supply and transportation sectors is a major driver for implementing APE in Germany.

Energy efficient conversion technologies are needed to reduce internal power losses. For future electromobility, there is a clear route towards integrated power modules, combining drive, control and cooling management in single packages in small dimensions. The increased power density requires novel engineering solutions to take the full advantage of this development, as well as advanced WBG materials for the integrated semiconductor devices. These improvements enable a high-temperature operation, a reduction in system size and weight and an increased power efficiency.

In 2017, Lithuania’s Ministry of Energy submitted a strategy on how to become an independent energy producer to reduce the import of energy and increase the local production through competitive RES.

By 2030, 70% of the country’s energy should be produced locally, of which 45% should come from RES. Likewise, 50% of the conventional transport in urban areas should rely on RES. This requires substantial further investment and technological developments, such as APE. However, the legislation still needs to facilitate this process with subsidy, compensation or tax cuts. Investments in RES or electromobility need to be fastened by reducing bureaucracy and installing financial supporting mechanisms.

Estonia’s attachment to oil shale mining for energy generation means that it has been the most carbon-intensive economy in the OECD. To increase the decarbonisation, Estonia is working on improving energy efficiency and stepping up investment in RES.

There is already about 500MW installed RES capacity in Estonia, 63% wind energy and 4% photovoltaics. In 2017, 16,8% of the electricity came from RES.

Estonian transportation is moving towards electromobility. At present, more than 1,400 electrical cars are registered and the net of charging stations (ELMO – 168 stations) covers the whole country.

One-third of Latvia’s energy already comes from RES, with the majority of the energy being produced by the local public company Latvenergo.

Like other EU countries, Latvia has published decarbonisation plans. To increase the renewable energy part, a support programme to facilitate the transition has been started, which, however, lacks continuity.

The electrification of the transport sector is supported by waiving the taxes on electric cars and free charging. For this to have an effect, the cars themselves, as well as the charging stations and infrastructure, have to be made smarter using APE. At present, fewer than 300 electrical cars are registered in Latvia.

The electrification of the transport sector has been going on in Poland for the past 30 years, and it is now one of the most dynamically and developed industries using APE.

Due to governmental support programmes, the most developed APE products in Poland are electrical buses, which have become an international commercial success (e.g. Solaris).

As for RES, there is about 300MW photovoltaics capacity installed in Poland, which should increase to about 1GW by 2020. The increase in installed capacity is primarily a consequence of the public bid auction system. The prosumer segment has only moderate growth potential up to now.

‘Luminaire of the Future’ aims to revolutionise the European lighting industry

Can Asia be the world’s first region to achieve energy transformation for all?