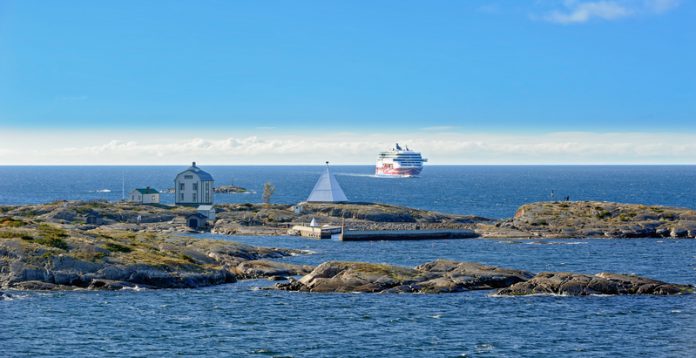 The density of shipping in the Baltic Sea is steadily growing, with already more than 2000 ships navigating simultaneously at any given moment. While shipping is the most efficient and environmentally friendly mode of transport, its impacts on the environment are not negligible. There are various discharges to the water and air emissions consisting inter alia of sulphur oxides (SOX), nitrogen oxides (NOX), particles and CO2, making up a significant part of total emissions in port cities.

The core of the environmental regulatory framework for international shipping lies within the International Maritime Organization’s (IMO) MARPOL Convention, but a number of other legislative measures are also in place to govern the development of “green shipping” in the region. These include EU legislation, the 1992 Convention on the Protection of the Marine Environment of the Baltic Sea Area (Helsinki Convention). Through the Baltic Marine Environment Protection Commission (Helsinki Commission, HELCOM), which is the governing body of the Helsinki Convention, the Baltic Sea countries have also developed and agreed on various HELCOM recommendations related to reducing emissions and other impacts from ships.

Continuous progress is being made in limiting the impact of shipping on human health and the environment. A significant milestone was reached on 1 January 2015 when amendments to Annex VI of MARPOL entered into force. The Baltic Sea was declared a Sulphur Emission Control Area (SECA), meaning that ships have to use fuel with less than 0.1% sulphur by weight. Stricter regulations for garbage and sewage discharges have been adopted in recent years and in 2017 the IMO’s International Ballast Water Management Convention entered into force, aiming to prevent the introduction of invasive aquatic organisms. In April this year, the IMO came to a historic agreement on an initial strategy on the reduction of GHG emissions from ships. Furthermore, from 2021 all new ships will have to meet strict NOX emission limits in the Baltic Sea and other NOX Emission Control Areas.

As these developments are not effective overnight – many of the regulations have a phase-in period and a full renewal cycle of the Baltic Sea fleet may take 30 years – regional and voluntary measures are also called for. This may include economic incentives to speed up reductions in emissions via alternative fuels and improvement of energy efficiency. The development of innovative green technologies is also important for this development. Since 2017 the new HELCOM group on Green Technology and Alternative Fuels for Shipping (GREEN TEAM) has brought together government officials, industry representatives and other stakeholders in order to develop incentives for green investments, develop common standards and remove regulatory bottlenecks.

The maritime industry is moving rapidly into the future with digitalisation and automation already emerging. Environmental developments are largely related to non-traditional fuel types, cleaning of exhaust gases and improvements in energy efficiency. Most ships in the Baltic Sea use petroleum fuels (heavy fuel oils (HFO) and distillate oils (MGO, MDO). The use of liquefied natural gas (LNG) is, however, rapidly increasing. By using LNG, ships are able to reduce their emissions beyond the international requirements and there is also a CO2 advantage.

In the Baltic Sea region, several projects on the installation of LNG facilities in ports were implemented between 2012 and 2015 through the TEN-T (Trans-European Transport Network) programme which co-funded more than 20 such initiatives. Its successor, CEF Transport (Connecting Europe Facility) through a horizontal priority “Motorways of the Sea” aims to develop a sustainable maritime transportation system through the implementation of green solutions at sea.

Nevertheless, only a few LNG terminals are in full operation to date, while a number are still in the planning or construction stages. EU member states are encouraged to develop their own national policy frameworks to stimulate the use of alternative fuels, particularly for ships. In reality, the breakthrough solutions are only sporadic and mainly confined to certain forerunners in the Baltic Sea.

A rapidly increasing number of LNG ships are either in service or on order in the Baltic Sea. The first LNG fuelled passenger ferry in Finland, Viking Grace, was recently modernised to become one of the first ships in the world with a Flettner rotor sail unit. Two Swedish shipowners have contracted two additional product/chemical tankers with LNG propulsion, to be delivered during 2018 and 2019 respectively. Featuring a dual fuel/LNG propulsion using biogas, the vessels will have achieved a significant reduction of CO2 emissions.

Methanol-powered propulsion is another example of green shipping already in operation, for example, methanol fuelled Stena Germanica began operating in 2015 and plans are being made both for new methanol powered ships, as well as converting existing ships to use this type of fuel. In the foreseeable future, it is expected that battery power will be used at Stena Jutlandica for bow thrusters and maneuvering at port, as well as on the main propulsion system during the route between Gothenberg and Frederiskshavn.

Small-scale initiatives deserve a special note. Among them, the electrically-powered ferry MS Sjövägen is running between 10 stops on the waterways of Stockholm. The first Danish ferry powered by LNG – The Samsø Ferry is expected to eventually be fuelled by local biogas. In Finland, there is another innovative example: a company with ships using biofuels and even its own production plant making biofuels out of industrial side streams and recycled materials.

Many more innovative shipowners and technologies are emerging in the Baltic Sea region, but they are still outnumbered by more traditional ones. Also, a lack of infrastructure is still a reality requiring significant investments. Uncertain financial prospects are another bottleneck, making large-scale green shipping in the Baltic Sea region still something to strive for into the future.