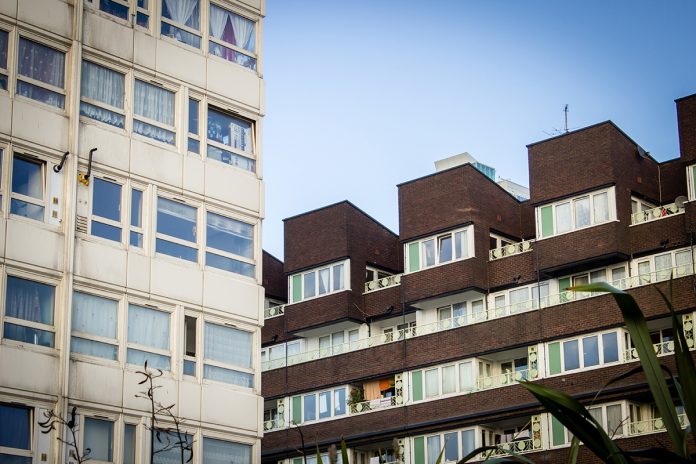 In the previous issues of Open Access Government, I discussed the planning failures that played a role in the deterioration of large housing estates (Bolt, 2018a), as well as the role of housing allocation (Bolt, 2018b). However, it should be acknowledged that exogenous factors, like the construction of new neighbourhoods and economic restructuring, often play a more dominant role in the deterioration than internal factors. In this issue of Open Access Government, I will dwell upon these exogenous factors (see Bolt, 2018c for a more elaborate overview).

The competitive position of large housing estates depends on the tightness of the local housing market. Van Gent (2010) compared four housing estates in Birmingham, Amsterdam, Barcelona and Stockholm. Although the four neighbourhoods were similar in their urban design, Birmingham was much more stigmatised as a slum area. Residents there are seen by outsiders as people that only stay there because they have no choice to move to a better place. The other three housing estates could benefit from spillover demand due to the tightness of the regional housing market.

The tightness of a housing market can be alleviated by new housing production. In the segregation literature, it is often overlooked that this can be a factor that exacerbates the spatial division between the rich and the poor. In Dutch cities, post-war housing estates face a tough competition from greenfield developments built at the edges of the big cities. These developments attract middle and high-income households, many of whom move out the relatively deprived housing estates. This resulted in an increased concentration of low-income people in post-war housing estates. The spatial division between the rich and the poor is increasing in all of the six cities investigated, but the trend was strongest in cities where the greenfield developments were the most extensive (Boschman et al., 2013). In Eastern Europe, the lack of new housing production was one of the reasons that large housing estates in Eastern Europe did not end up in a downward spiral during the first decade after the collapse of communism (Herfert et al, (2013).

The social downgrading of large housing estates is in many cases, the result of economic restructuring. For instance, the decline of the Park Hill housing project in Sheffield, which initially was one of the most appraised public housing schemes of the post-war period can to large extent be explained by the collapse of the steel industry (Monclús & Díez Medina, 2016). In the UK, Glasgow is the city that is hit the hardest by the process of deindustrialisation. The average level of income deprivation in the city is 25% (twice the Scottish average) and in areas dominated by high rise housing estates, deprivation levels reach over 40% (Kearns et al., 2012).

Some Eastern European housing estates have suffered even more from the deindustrialisation process than their western counterparts. In contrast to the rest of Europe, new cities were constructed at sites where new factories emerged. When factories closed, these cities were abandoned, as they were too dependent on a single employer (Monclús & Díez Medina, 2016). Some of these cities could escape that fate due to their central location. For instance, the Czech city of Kročehlavy was built around a few industrial plants. When industrial employment declined dramatically in the 1990s, Kročehlavy did not end up in a process of social degradation. Due to its proximity to Prague, it is gaining younger residents who commute to Prague for their work (Temelova et al., 2011).

According to Turkington et al. (2004, p. 265), the heydays of high rise housing estates (the 1960s and early 1970s) produced the “most uniform and international European housing type” ever built. All over Europe, housing estates emerged that were very similar in terms of construction methods, location and urban design. At the same time, housing estates across Europa did not all follow the same trajectory after their completion. That is because the main reasons for the deterioration and social degradations are exogenous factors, not internal factors. Of course, it makes a difference whether the initial quality of a housing estate is good and whether an estate is well managed. But people who are responsible for the management of an estate make no decisions about the performance of the regional economy. They also make no decisions about the size, quality and location of new housing where their estates will have to compete with.

Social housing in many Western European countries is not residualised because housing managers make the wrong allocation decisions, but because home ownership is prioritised over renting. Admitting low-status households often leads to a lower maintenance budget, but it is a rational choice as a higher proportion of vacancies would have a more devastating effect.

Bolt, G. (2018c) Who is to blame for the decline of large housing estates? An exploration of socio-demographic and ethnic change. In: Daniel B. Hess, Tiit Tammaru & Maarten van Ham (eds.) Housing Estates in Europe: Poverty, Ethnic Segregation and Policy Challenges, pp 57-74. Springer.

Department of Human Geography and Planning