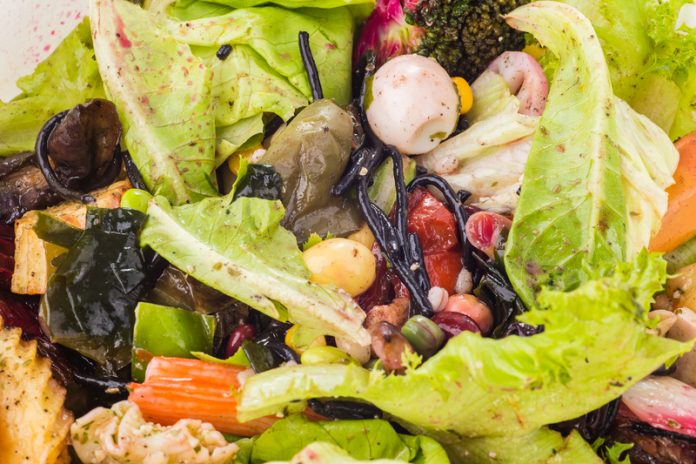 Reconomy detail how supermarkets in the UK are tackling food waste

There have been many discussions around all types of waste in Britain — and recently, Prime Minister Theresa May announced that she was pledging to eliminate plastic waste by 2042. Iceland is one supermarket that is already preparing to make the appropriate changes to get rid of plastic from their branded products — with an aim of doing so before 2023 after 80% of their customers said they would support the change. But where do supermarkets stand on the greater issue of food waste?

Reconomy, who offer a skip hire service, find out what actions supermarkets across the country are carrying.

According to government group WRAP, 270,000 tonnes of usable, in-date food is wasted — the majority of wastage is from domestic households. But what are supermarkets doing to tackle the waste problem? We take a look at some of the main companies making changes.

What is Tesco doing?

Tesco is just one of the superstores that have pledged to help the waste problem the UK is facing and has already put their approach into action. With 6,553 stores and serving 50 million shoppers each week, less than 1% of food is wasted, which removes 46,000 tonnes of waste from circulation.

Tesco has rolled out the use of the FareShare FoodCloud app across all of their stores. Through this initiative, the supermarket is able to reduce food waste and support local communities with their surplus produce.

According to Tesco, no food from any of their stores has entered a landfill since 2009. Any baked food that goes unused is transformed into animal feed for livestock. Oils that are left over are converted into bio-diesels and when there are no alternatives, energy is generated by anaerobic digestion and incineration.

Not only is this something that works in the UK, the company has instigated this initiative across Europe. 400 of their stores are able to donate food to food banks within the local area and have currently donated 14.5 million meals since 2013. By 2020, Tesco has an aim to donate from all of its stores within Europe.

Working alongside Tesco’s 24 main suppliers, they’ve agreed on a Sustainable Development Goal to help reduce any food waste by 50% before 2030. Sometimes, produce doesn’t look appealing in its conventional state — this has to lead this supermarket to create a ‘Perfectly Imperfect’ range to give customers great products at a discounted price.

What is the Co-Op Food doing?

The Co-Op Food has over 2,500 stores across the UK and is the fifth biggest food retailer. One of the greatest achievements made by this supermarket was that in September 2015, it sent 50 tonnes of food to FareShare (the charity behind the FareShare FoodCloud app) which was 10x more than what it gave in September 2014. This enabled charitable organisations to provide those in need with over 120,000 meals — allowing Co-Op Food to stick to its ‘no waste in landfills’ rule.

The Co-Op Food stated that they would begin selling food that was up to a month past its best-before date to help the food waste epidemic in Britain. These out-of-date products will be sold for just 10p and will include tinned goods, pasta and food sealed in packets. However, this does not include items that have a ‘Use by’ date to withhold safety measures — especially with meat and dairy products.

After implementing this new initiative to help improve the food waste problem, the Co-Op Food will be able to save over 50,000 products each year that would have only been disposed of.

FareShare works with 500 food companies to redistribute surplus food to those in need, through charities and community groups. So, it seems as though supermarkets are doing their bit — now it’s down to domestic households to make bigger changes themselves.