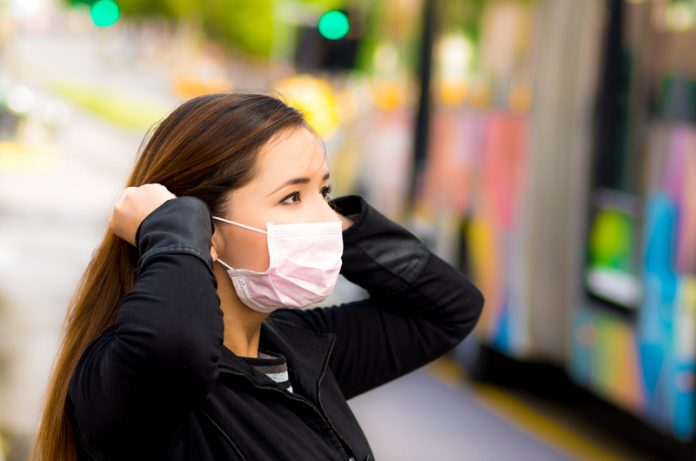 Stephen T Holgate, Special Advisor to the Royal College of Physicians (RCP) on Air Quality and MRC Clinical Professor of Immunopharmacology, University of Southampton takes the stance that indoor air pollution is a neglected yet important risk to public health

The Lancet Commission on Pollution and Health has declared pollution as the greatest health risk to the world population of which air pollution is by far the greatest contributor (1). The principle outdoor pollutants are particulates (PM10 , PM2.5 and ultrafine particles), both primary from exhaust and tyre/brake wear and secondary from atmospheric chemical interactions of pollutants.

In the developed world, most air pollution is traffic related, although emissions from intensive agriculture, through the formation of secondary particles, is becoming increasingly problematic. Modern-day toxic pollutants comprise oxides of nitrogen (NOx , including NO2), ozone (a secondary pollutant produced by the action of sunlight on atmospheric pollutant mixtures) and volatile organic chemicals (VOCs, including poly – aromatic hydrocarbons from incomplete combustion) and ammonia from agriculture.

In 2016, the Royal College of Physicians (RCP) and Royal College of Pediatrics and Child Health (RCPH) published a ground-breaking report highlighting the serious health issues being created by air pollution in the UK with an estimated 40,000 deaths from cardiovascular and lung disease brought forward and substantially greater effects on morbidity from a wide range of diseases (2). An important conclusion from this report was that air pollution acts across the entire life course from conception to old age; exposure to pollutants in early childhood, contributing to excess morbidity and mortality in later years (3).

While there has been the most emphasis on pollution exposure outdoors, the average person in Britain spends just 8% of their time outside on a weekday, meaning less than two hours a day out of doors. Approximately 80% of outdoor pollution penetrates
the built environment including homes, transport, schools and the workplace (4). The indoor environment is clearly where most exposure to outdoor pollutants
occurs. The ingression of outdoor pollutants will be worse in buildings close to busy roads and junctions as encountered more frequently in the more socioeconomically deprived communities in whom there are other drivers of adverse health (5). This has recently become a major issue for urban schools and especially the presence of idling vehicles on the school drop-off and pick-up.

The indoor setting is also the source of a wide range of additional pollutants, both chemical and biological. Carbon monoxide is the most widely known indoor pollutant for which there are tight regulations. Another well-known pollutant, second-hand tobacco smoke, is highly toxic both through direct effects when inhaled, but also when chemically reacting with other indoor pollutants (third-hand tobacco smoke) (6). Other major indoor sources of pollutants include cooking (particles and NO2), the burning of fossil fuels and wood (especially if damp) for heating, household aerosol sprays, polishes and cleaning products. In the average house, concentrations of VOCs indoors are 7-times higher than in ambient air (7). These derive from a wide range of sources including cooking fats and oils, polishes,
lacquers and paints as well as aerosols, pesticides, personal care products, open fireplaces, scented candles and air fresheners. The use of personal and home products indoors is now contributing significantly to outdoor VOC pollution (7).

Recent work has highlighted the many chemical transformations of pollutants that can occur indoors (8). Such chemistry is associated with three of the top 10 risk factors for negative health outcomes globally: household air pollution from solid fuels, tobacco smoking and ambient particulate matter pollution. Highly oxidised organic compounds arise from autooxidation mechanisms initiated by either ozone or active radical attack. Reaction of an airborne organic chemical with a single oxidant molecule can lead to the formation of multiple oxygenated functional groups within seconds. This changes the organic reactant from a gas to a molecule that will condense to form secondary organic aerosol (SOA) particles. One such example is nicotine’s reaction with ozone to form carcinogenic nitrosamines.

Although much less is known about the additional effects of indoor air pollutant exposure on health, there is increasing evidence that this may contribute to a chemical burden on the developing fetus. This increases the risks of incident asthma and allergies, impared cognition, lung and cardiovascular development, somatic gene mutations and endocrine pathways (endocrine disrupting chemicals) in cancers, a decline in male and female fertility and chronic diseases associated with ageing such as chronic obstructive pulmonary disease (COPD), dementia, Type 2 diabetes, metabolic syndrome, Parkinson’s disease. Indoor pollutants are acting in combination with other disease risk factors. For example, for asthma, chemical pollutants interact with biological pollutants such as fungi in damp homes and dust mite allergens found in carpets, beds and furnishings to increase the chances of developing asthma. In this respect, water and excess heat should be regarded as adjuvants which enhance the adverse effects of pollution.

Consumer product chemicals also accumulate in indoor dust that becomes re-suspended from carpets and furnishings (9). The levels of phthalates (endocrine disruptors found in shampoos and plastics), phenols (cleaning, paints and polishing products), furniture flame retardants, fragrances and perfluoro-alkyl sulphonates (PFAS’ in synthetic materials) (10). Some flame retardants used in many home products such as decabromodiphenyl ether (BDE-209), the most heavily used PBDE and to a lesser degree, tris(2-chloroethyl)
phosphate (TCEP), appear to be associated with the most common type of thyroid cancer, papillary thyroid cancer (PTC) whose prevalence, especially in women, is increasing.

In one study (11), participants whose BDE-209 levels in their dust were high, were more than two times as likely to have thyroid cancer as those individuals with low BDE-209 concentrations. Another recent example is a clear link between cleaning at home and at work in relation to lung function decline and development of airways obstruction, including asthma in which both cleaning sprays and other cleaning agents were associated with accelerated lung function decline (12).

In her Annual Report of 2017 (13) , The Health Impacts of All Pollution, Professor Dame Sally Davies, Chief Medical Officer of England, stated: “We must further expand this focus (on air pollution) to indoor air. Work to gather evidence of health impacts, raise awareness
of any harm and highlight actions to address this is needed…”. In April 2017, the RCPCH hosted a workshop, “Better homes, better air, better health”, bringing together professionals across research, industry and the third sector (14).

The workshop highlighted the need to strengthen understanding of the relationship between indoor air pollution exposure and health impacts, identify solutions to help tackle and reduce indoor-generated air pollution and communicate this information clearly to the public. Because infants and children were a particular concern the RCPCH and RCP were approached to give serious consideration to these issues. As a consequence, the RCPCH/RCP have established a Working Party to investigate Impact of Indoor Air Quality on Children’s and Young People’s Health across the Life Course. Using an evidence base derived from systematic reviews linking children’s adverse health to indoor pollution exposure and linking this to sources and levels of indoor exposures, ventilation and other factors influencing indoor pollutant levels, recommendations will be made along with guidance for stakeholders and the wider public (15). The working group will be inviting calls for evidence later in 2018 which we hope stakeholders will respond to. This is the first time that a serious attempt is being made to identify how indoor pollution is affecting the health of our children and what we can all do about it.