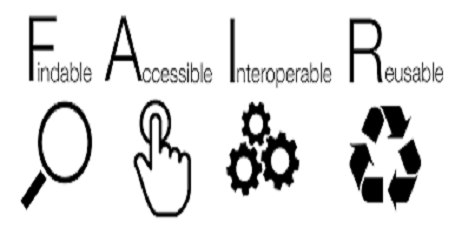 Nanotechnologies and the ability to manipulate matter at the nanoscale (1-100nm) have opened up amazing new opportunities for industry and consumers. Nanotechnology has been identified as a key enabling technology (KET), providing the basis for further innovation and new products. 2012 estimates suggested that nanotechnologies account for up to 400,000 jobs in the EU, with an increasing tendency.1

Innovation in both novel and emerging materials is central to enhancing European industrial competitiveness, but as part of a responsible innovation strategy, novel material development must proceed in parallel with an assessment of their environmental health and safety. This has been embedded into the Commission’s code of conduct for responsible nanotechnologies, published in 2009.

Despite 10+ years of nanosafety research, the consensus among experts and regulators alike is that there is insufficient data available to perform a risk assessment of both nanomaterials and nano-enabled products.2 To a large extent, this impasse is due to the lack of a common home or repository for the datasets generated by researchers and the lack of consensus around minimal reporting guidelines and metadata. The three to four-year cycle of EU project funding has resulted in 50+ projects having addressed nanosafety over the period 2005-date, with at least 15 running currently under Horizon 2020.

While the projects do make a concerted effort to pass on learnings and findings from one to the next, facilitated via the EU NanoSafety Cluster of projects, the physical and virtual transfer of underpinning datasets has not been achieved as yet. Even where data are deposited in a database (such as the eNanoMapper database, developed and maintained by the SME IdeaConsult via their participation in successive H2020 grants, such as NanoReg2), they are often restricted only to other project users, require a formal agreement to be established between projects to allow access, or are not appropriately curated and quality controlled so as to be immediately useful. In short, much of the existing data on nanomaterials safety does not comply with the goals of Open and FAIR data, i.e., data that is Findable, Accessible, Interoperable and Re-usable (see Figure 1).

The goal of the NanoCommons e-infrastructure project is to develop the community guidance and best practice to support EU nanosafety projects with their data management. The ultimate goal is to ensure that nanosafety data, old and new, is accessible to scientists for the development of computational hazard and risk assessment models, for the nanotechnology industry to support product development and safe-by-design approaches and for regulators (via the European Observatory for Nanomaterials) for science-based decision making.

This €5.2 million project, coordinated by Prof. Iseult Lynch, brings together 12 European partners (five of whom are small to medium enterprises) and two US partners involved in the harmonisation of nanosafety data approaches there, to integrate and enhance the FAIRness of the currently disparate nanosafety datasets generated from EU projects and to secure a platform for EU (and international) nanosafety data in the future.

As part of the international strategy, the NanoCommons project partners include the Centre for Environmental Implications of NanoTechnologies at Duke University, who have been developing a cyberinfrastructure consisting of a data repository and associated analytical tools. These have been developed to visualise and interrogate integrated datasets (CEINT NanoInformatics Knowledge Commons, NIKC) and Oregon University, who have developed the Nanomaterial-Biological Interactions Knowledgebase, a repository for annotated data on nanomaterial characterisation, synthesis methods and nanomaterial-biological interactions (beneficial, benign or deleterious) defined at multiple levels of biological organisation (molecular, cellular, organismal).

As an infrastructure project, NanoCommons has activities grouped into three distinct pillars – joint research to develop the templates and tools for data management, networking activities to build community consensus and support adoption of the tools and templates and provision of transnational access to the broader user community to support them in their utilisation of the tools, such as generation of quantitative structure-activity relationships based on users datasets, or application of curation tools to integrate user data into the knowledge warehouse.

A very strong focus for the project will be the development and integration of nanoinformatics work-flows into researchers’ experimental procedures, such that data management that becomes an integral part of data generation and interpretation. The utilisation of e-notebooks, laboratory information management systems and other emerging data management approaches, linked to bespoke data capture templates embedded in the agreed nanosafety community ontologies (which NanoCommons will also support the community to develop further), are central goals of the project.

Transnational access (which can be remote or physical) will be facilitated by six-monthly calls for users/user-defined projects and all of the networking activities will be open to the whole nanosafety and nanomaterials communities, including researchers, industry, regulators and the wider societal stakeholders such as NGOs, insurers, funding agencies, publishers, policy makers and science communicators. A suggestion box and request for tools to develop/integrate will be available throughout the project and a help-desk for users will be available to support the community in their data management activities.

Thus, the user community is central to the success of NanoCommons, as unless the tools and approaches are adopted by the wider research community, including funding agencies and publishers, they won’t reach the critical mass of acceptance required for uptake by regulators and industry.

School of Geography, Earth and