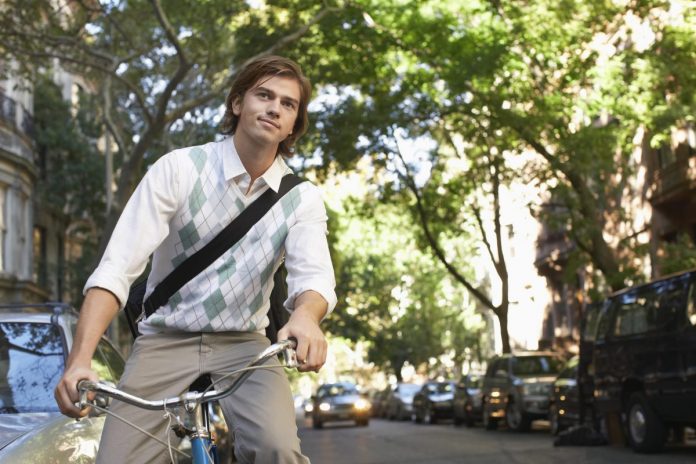 The growth of cars in the past 50 years and the adaptation of the infrastructure to this dominant mode of transport have transformed our cities into urban areas with a low quality of life: air pollution, noise exposure, car crashes, congestion are examples. And the growth of cars comes at huge social, economic and environmental costs.

However, a turning point may be possible. More and more local governments are investing in more liveable, people-oriented cities and cycling and walking are part of the most cost-efficient solutions for that transformation. Mobility habits are shifting as well; if we take millennials as an example, we see an aversion in private car ownership and a preference in sharing solutions paired with the development in mobile technology. Public bike schemes are popping up all around Europe showing that this sharing perception of economy is much more than a trend.

ECF provides fact-based evidence of the benefits of cycling to help our members convince local decision makers of the win-win situation that cycling can provide for cities. To improve mobility in cities, ECF works with 80 national cyclists’ organisation members, representing over half a million individual citizens in 40 countries worldwide, and with our ambitious Cities for Cyclists Network, which counts 26 cities in 16 countries, mostly in Europe but also some cities outside (Rio de Janeiro, Taipei). These cities for cyclists have the ambition to improve cycling for their citizens. It is a mix of beginner, climber and forerunner cycling cities and the main goal of the network is to exchange with each other and take cycling forward.

Every year, ECF publishes new studies and this fact-based evidence also serves to lobby on behalf of our members on the European and global level. One of our interesting recent studies for cities is about how cycling can benefit the local economy: Currently, more than 650,000 jobs in the EU are linked to the sector. If cycling modal share was doubled, more than 400,000 extra jobs could be created. ECF collected evidence from several towns in Europe, from the North to the South and including some UK examples on how local shop owners profit from cycling customers.

The reverse is true too: Take for example Padova (Padua), a city in Northern Italy, where the mayor decided to prohibit cyclists to ride in the city centre on Saturday afternoons. The result was clear: Shop owners suffered a 50% loss in income during this time. This is an exception though – many cities are currently reaching their limits in terms of congestion and pollution, so they are restricting or limiting motorised transport in their city centre, school environments or residential areas. The role of cycling in this new, accessible and more human-centric concept of mobility is prominent. In addition thanks to the electric revolution in cycling, bicycles can now take citizens further – up to 20km – to their work or activities, and they can carry more weight of passengers or goods to be transported. The ECF study Recommendations on Cyclelogistics show the potential of cargo-e-bikes and how cities can start introducing to make their city more liveable.

These topics and many more are explained in depth at the annual Velo-city conference, run by ECF and widely respected as the world‘s premier international cycling planning conference series, which seeks to encourage cycling as a part of daily transport and recreation.