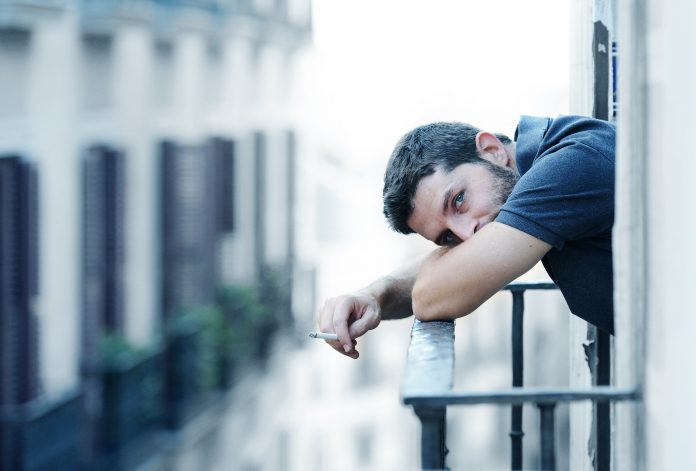 A study suggests that smokers are more likely to become socially isolated and lonely as they age, compared to non-smokers

Previous research found that people who are isolated and lonely are more likely to smoke, however this most recent study by Imperial College London and UCL, found that smoking itself may also lead to higher levels of isolation and loneliness.

The research, published in The Lancet Regional Health Europe is the first of its kind. It inspected the correlation between smoking and the development of social isolation and loneliness, finding that over time, people who smoked saw their social contact reduce, and they became less socially engaged and more lonely, in comparison with non-smokers.

Often there are high rates of people who smoke pledging to quit at the start of the new year, this study, authors hope, will provide another incentive for people to follow through with their pledge.

Using data from the English Longitudinal Study of Ageing (ELSA), consisting of a nationally representative sample of 8,780 people aged 50 years and older across England, the participants’ social isolation and loneliness were assessed over 12 years.

The research revealed that current smokers were more likely to be lonely and socially isolated than non-smokers, pertaining less frequent social interactions with family and friends, less frequent engagement with community and cultural activities, and being more likely to live alone.

Study author, Dr Keir Philip, from Imperial’s National Heart & Lung Institute, said: “Our research suggests smoking is bad for aspects of psychological and social health in addition to the well established physical impacts of smoking. Some people think smoking is a social activity, but our study did not support this idea – smokers actually became more socially isolated and lonely than non-smokers over time.

“This research provides yet more reasons why people should aim to stop smoking this new year, and adds justification to increase support for people trying to quit.”

“Our findings contribute to existing knowledge in this area, and suggest the existence of a vicious cycle of smoking, social isolation, and loneliness. This research provides yet more reasons why people should aim to stop smoking this new year, and adds justification to increase support for people trying to quit.”

Same results after factors like age, sex, and socioeconomic status

The authors speculate that the findings may be due to a range of factors, however, the study is observational so cannot determine the cause of this association.

For instance, smoking is associated with an increased risk of mental health problems, such as anxiety and depression, which may impact the amount someone socialises. Smokers are additionally at a higher risk of developing breathlessness and other physical health problems, including lung and heart disease, which limit their ability to socialise, and exercise, potentially causing worse mental health.

Professor Nick Hopkinson, National Heart & Lung Institute, said: “These findings are another reason for the government to press on with introducing the policies needed to achieve its ambition for a smoke-free 2030.

“Most people already know that smoking is a risk to health. Our results suggest that smokers are also more likely to become socially isolated and lonely as they get older.

“These findings are another reason for the government to press on with introducing the policies needed to achieve its ambition for a smoke-free 2030. These include a ‘polluter pays’ levy on tobacco industry profits and raising the legal age for tobacco sales from 18 to 21 years.

“Stopping smoking can be difficult, but the NHS has a number of excellent resources; to ensure that people get the help they need. These include free and proven tools and advice that help people quit smoking for good.”

The reduced social acceptability of smoking generally could also be considered as a factor, particularly the expansion of smoke free legislation introduced to reduce the harms from smoking.