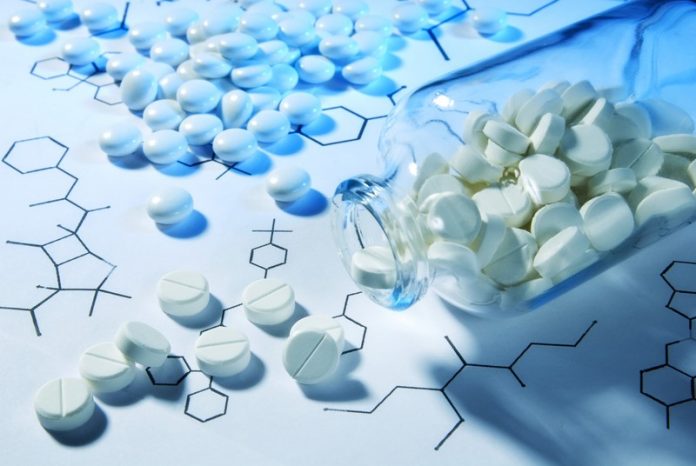 Excessive drug attrition with less than one drug reaching the market on ten entering clinical trial phases, dramatically impacts on drug innovation and strongly decreases the competitiveness of the pharmaceutical industry. The ISOTOPICS project aims at the development of new late-stage and chemically benign labelling methods in order to facilitate preclinical and clinical studies of drug candidates and to de-risk the drug discovery and development process. It also trains a new generation of 15 radiochemists preparing a PhD with a dual academic industrial experience, an extended knowledge of all drug discovery aspects and a high potential for employability and entrepreneurship.

Skyrocketing of costs to develop new therapeutics (more than 2 billion euros for a new chemical entity to be marketed in 2017, doubled relative to 2007) does not only negatively impact on the pharmaceutical industry development, but also raises serious sanitary and social issues since pharma companies reduce the therapeutic areas they operate in. Consequently, first-in-class drugs have become less common in recent years and, despite a historic number of 35 new therapeutic agents recommended by the European Medicine Agency in 2017 (the highest since 1996), the general trend is clearly downward.

This results from a severe attrition of drug candidates during clinical trials, (in particular Phase II), with less than 1 molecule reaching the market on 10 entering clinical studies. Such a low success rate may be attributed to an insufficient assessment of the whole-body distribution of the drug candidate during preclinical and Phase 0 clinical trials, as a result of the rate-limiting character of isotopic labelling in the drug discovery process.

As a matter of fact, introducing a radio-isotope in a drug candidate without affecting its chemical integrity is a challenging task, since a drug is usually a complex multi-functional molecule. Moreover, the compelling rise of therapeutic biologics (five antibodies in the top six blockbuster drugs) raises the difficult problem of labelling fragile biomolecules and prompts chemists to develop new chemically benign radiolabelling methodologies.

However, a lack of adapted and straightforward labelling methods is not the only issue the pharmaceutical industry has to face up to. There is also an associated need for a new generation of radiochemists capable of understanding medicinal chemistry, but also biochemistry.

The ISOTOPICS European Training Network [1] regroups five academic institutes and three big Pharmas: CEA and CNRS in France, the University of Oxford in the United-Kingdom, the Karolinska Institute and AstraZeneca in Sweden, the University of Liège and UCB-BioPharma in Belgium and Sanofi-Aventis in Germany (but also in France). It aims at training 15 early-stage researchers (ESRs) preparing a PhD through a combination of research work in the laboratory, as well as specific scientific taught courses and workshops, conference cycles and visits of facilities. The training programme also includes seminaries dedicated to complementary skills for improving ESRs’ employability and entrepreneurship. All students are also expected to perform at least two secondments in partner’s premises which expose them to various research conditions in both the academic and the industrial environments.

ISOTOPICS is also aiming towards the development of innovative late-stage labelling methods of drugs with deuterium/tritium and carbon-14 commonly used for drug development, but also carbon-11 and fluorine-18 as positron emitters usable for in vivo imaging.

The ambition of the project is to provide simple, straightforward and amenable procedures for radiolabelling druggable compounds to avoid laborious multi-step chemical synthesis, a pathway which is time-consuming and polluting. Therefore, a remarkable effort has been made for the design of novel isotopic exchange reactions of specific atoms on the end-use molecules in a selective and chemically respectful way.

To date, several major advances may be cited as technological breakthroughs in the fields of deuterium/tritium, carbon and fluorine labelling of small-molecule drugs but also biomolecules. CEA and CNRS teams have jointly developed and tested a series of decorated ruthenium and nickel nanoparticles capable of catalysing hydrogen isotope exchange onto a variety of organic compounds in mild conditions. The method was applied to the isotopic labelling of several marketed drugs (e.g. fluconazole), but also for the deuteration of peptides and oligonucleotides with no alteration of their chirality, even when labelling an asymmetric centre.

In parallel, the Sanofi team has also screened iridium soluble catalysts which have demonstrated a complementary reactivity relative to the metal nanoparticles, thus broadening the pallet of catalysts usable for hydrogen isotope exchange onto end-use molecules [2].

Another group from CEA has recently developed a revolutionary method for the radiolabelling of aromatic carboxyl compounds. This process, which involves a copper-catalysed carboxyl exchange using carbon dioxide, has been applied to carbon-14 labelling of the antibiotic molecule Flumequine [3]. The same CEA group and the Karolinska Institute team have collaborated for the development of a new late-stage carbonylation of a family of drugs such as domperidone, applicable for carbon-11 labelling.

The AstraZeneca team is also interested in the development of new catalysed reactions for carbonyl insertion. Fluorine chemistry is actively investigated by several groups at the University of Oxford, University of Liège and UCB-Biopharma. A very first application to the selective trifluoromethylation of tryptophane residues on mellitin, a 26-residue peptide which displays interesting therapeutic properties was carried out by University of Oxford [4].

The first project achievements have demonstrated the potential of isotopic exchange reactions which utilise end-use molecules, instead of successive synthetic intermediates for deuterium/ tritium and carbon-11/carbon-14 labelling. A particular effort has been made for the ultimate-stage labelling of small molecules with extremely attractive prospects. The first translation of the methodologies to the radiolabelling of biomolecules has also led to the first relevant applications in the field of therapeutic biologics.