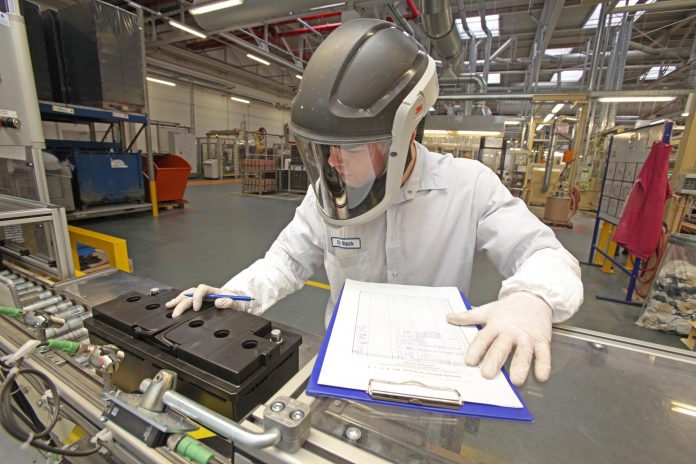 Upcoming legislation will turn 2019 into a key year for the European Battery Industry, argues Rene Schroeder, Executive-Director of the Association of European Automotive and Industrial Manufacturers (EUROBAT)

EUROBAT is the Association of European Automotive and Industrial Manufacturers. Its 50-plus members comprise more than 90% of the automotive and industrial battery industry in Europe. Its members operate more than 30 plants and R&I centres while generating an annual turnover of more than €6.5 billion.

With batteries high on the European political agenda and important changes of the EU institutions (European Parliament elections and a new Commission) ahead, 2019 will be an important year for the battery industry from a regulatory and policymaking perspective.

In February, EUROBAT published its “2019-2024 Election Manifesto”, highlighting three core areas where new policymakers can help achieving the ambitious decarbonisation goals, while at the same time boosting Europe’s economic and technical performance. These are: including all battery technologies in the equation, emphasising on Europe taking the lead in sustainable battery design and production and establishing a clear regulatory framework with no overlaps.

For the first one, the policymakers have to support all battery technologies and manufacturing to facilitate the decarbonisation process of our mobility and energy systems in Europe. Batteries are and will remain crucial in the fight to combat the adverse effects of climate change and there is a clear need for a positive environment and regulatory framework that enables all electrification technologies to play a role. No single battery technology can meet all the challenges of end-user and policymakers’ demands.

Specifically for the transport sector, we have to make sure that we can promote electric vehicles, as well as all forms of hybrid solutions, while further fine-tuning efficiency of the internal combustion engine (ICE). Also in the energy sector where batteries store renewable energy and discharge it when needed at every level of the gird – achieving stability and flexibility – is important but there is still some work on the regulatory front. Some barriers still exist and must be addressed in the next term in order to achieve full harmonisation of grid charges and taxation for storage across the EU.

As a second key regulatory area, EUROBAT highlights the need to create the best conditions for battery technologies to grow, generating jobs and skills in Europe. Indeed, Europe must take a lead in designing and building the most environmentally sustainable energy solutions and supporting the development of its battery industry. To do so, policymakers, citizens, associations and industry must work together to remove legislative and market barriers. They must instead promote the development of a favourable environment in which the European battery industry can flourish, delivering growth, room for innovation and increased employment.

The European Commission launched in 2018 the Battery Action Plan, which succeeded in breaking through silos and which we fully support, should, however, include all four battery technologies, not just one. One of the industry’s main concern, however, is the EU chemicals and substance policy, based on the ban or restriction-of-use of hazardous substances. This approach poses a constant threat to investments in Europe as investors lack certainty as to the long-term possibility of using fundamental substances in the production of batteries and could place EU manufactures at a competitive disadvantage compared with companies based outside the EU who will not have to comply with this regulation.

Finally, the third recommendation to newly elected Members of the European Parliament and officials is to adopt legislation that supports sustainable European Battery Value chains. Indeed, our industry needs a coherent and supportive regulatory framework for sustainable batteries in line with the principles of the circular economy and wider EU decarbonisation targets. Today, there are still too many overlaps between existing regulations such as: Battery Directive, End-of-Live (ELV) Vehicles Directive and REACH. Policy decisions on the regulatory framework for batteries must also take into consideration jobs, growth and innovation. In 2019, the European Commission will continue the preparation of the legislative proposal on the EU Battery Directive. We believe it must be revised and focused on the environmental sustainability of batteries, not on the hazardous properties of substances.

While EUROBAT welcomes the work of the European Commission on the sustainability of batteries in the framework of the European Battery Alliance, the current Eco-design legislative proposal will only be efficient if well designed and in connection with other existing policy instruments, such as the Battery Directive. We believe that any instrument(s) – such as the Eco-design framework – addressing the sustainability of batteries must include indicators for CO2 equivalent content, recyclability and socio-economic considerations (CSR, ethically responsible producers and labour requirements). This instrument, or a variety of instruments, will have to be developed coherently with the existing policy framework on batteries, including for instance the Battery Directive.

If we can address the above challenges and take advantage of the opportunities, we believe these could safeguard the EU battery industry and allow it to play its role in combatting the global and pressing problem of climate change.

Association of European Automotive and

What lasting legacies of COVID-19 will local government take forward?

Reception and beyond: Observing current social issues in Japan from the perspective of Roman law

Eviction ban extension – is it out of hand?

What happens now that the US supports the TRIPS waiver?

Co-creating a secondary education curriculum for our well-being

The Brain: an unexpeted target of COVID-19